Fentanyl detected in 81 per cent of drug deaths in B.C. 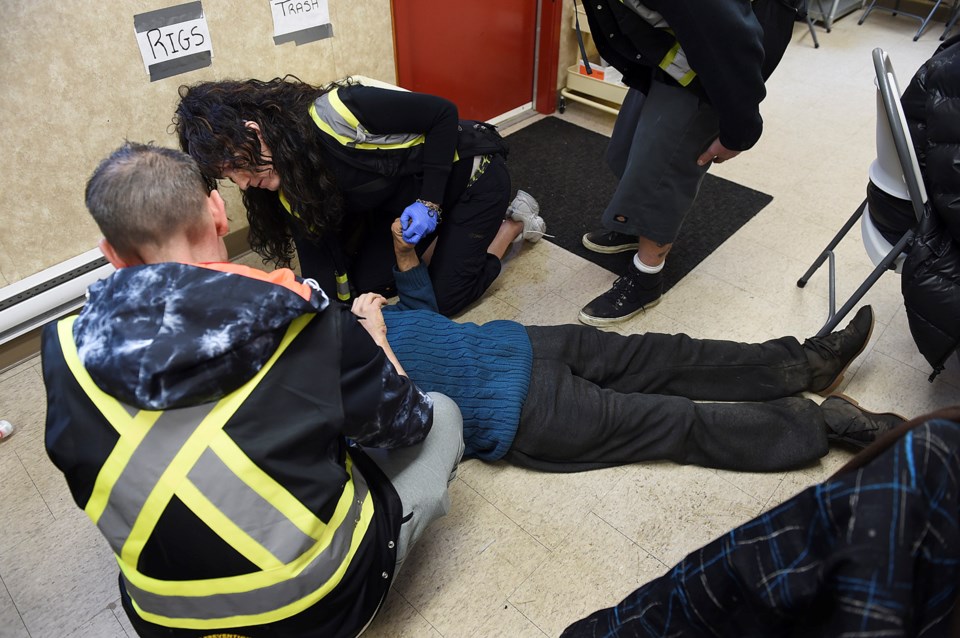 Vancouver, Victoria and Surrey continue to record the highest number of suspected drug overdose deaths in B.C. this year, with the majority linked to fentanyl, according to statistics released Thursday by the B.C. Coroners Service.

From January through July 2017, 226 people died in Vancouver of an overdose. Surrey recorded 101 deaths for the same time period, and Victoria lost 57 people. Kelowna recorded 50 deaths. Richmond, Coquitlam, Vernon and Chilliwack saw the lowest number of deaths at 16 in each municipality.

Province-wide, fentanyl, which is a deadly synthetic opioid, was detected in more than four of every five deaths through the first seven months of this year. More than 700 of the 876 suspected overdose deaths were linked to fentanyl.

That’s an increase of 143 per cent over the same period in 2016. In most cases, fentanyl was combined with other illicit drugs, most often cocaine, heroin and methamphetamine, which is a concern identified by Chief Coroner Lisa Lapointe.

“This presents huge challenges for those using illicit drugs and the risk is high," Lapointe said in a news release. "Although it’s heartening to see a decline in deaths month-to-month since March, we continue to see far too many deaths in our communities.”

The statistics for Vancouver show an encouraging trend, with a high of 49 deaths recorded in January dropping to 18 in July. The city, however, is still on pace to reach or surpass 400 deaths by the end of the year.

As in previous months, most deaths have occurred indoors, in many cases when people are using alone and without the ability to get help. Four out of every five people who died were men, the majority aged 30 to 39.

“We continue to share our latest data and the message of risk with the hope that it will reach drug-users and their family and friends, ultimately helping to reduce harm and risk and curb the trend with this complex health condition,” Lapointe said. “We also hope that public awareness of the continuing toll on lives will support open communication about drug use and how we can best support those dependent on illicit substances."

None of the deaths occurred at supervised injection sites or drug overdose prevention sites set up in hotels and other facilities throughout Vancouver and the rest of the province.

"When we launched the checking service at Insite last year we were hoping it would persuade people to use more safely," said Dr. Mark Lysyshyn, a medical health officer with health authority, in a news release. "This is exactly what we’re seeing at Insite, so now we can arm even more people with information about their risks, so they will make safer choices."