Entrepreneurs struggling to secure business accounts and loans
Sep 28, 2019 8:38 AM By: Hayley Woodin 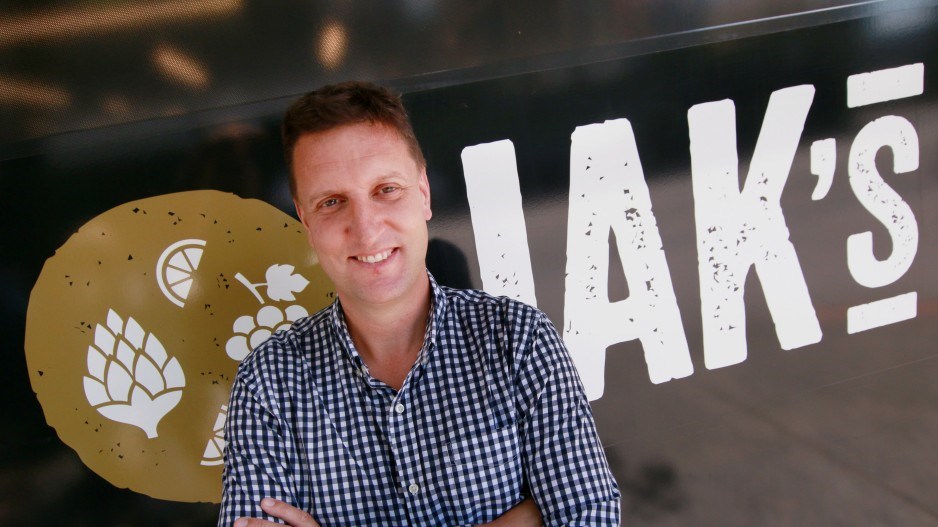 Muse Cannabis CFO Mike McKee said his company had a previous relationship with BMO for its liquor stores and that this helped it get a bank account. Photo Rob Kruyt/Business in Vancouver

Multimillion-dollar public listings and fantastic – though often unsustainable – stock spikes have recently given Canada’s cannabis leaders the confidence and cash to roll out ambitious national and international expansion plans.

Investors in private and public capital markets have leapt at the chance to buy a piece of Canada’s cannabis industry. For a time, simply tacking the words “marijuana” or “cannabis” onto a company’s name could boost a new, unlicensed market entrant’s valuation overnight.

The industry’s biggest players seem to have enjoyed no shortage of funding options. Canopy Growth Corp. and Aurora Cannabis Inc. each have multibillion-dollar market valuations and have been able to turn to some of the country’s big banks for loans or debt financing.

But for players without splashy initial public offerings or all-stock takeovers – be they aspiring micro-cultivators or medium-sized retail chains – securing necessary financing can be near impossible.

So, too, can simply opening a business bank account at a Canadian financial institution.

“As soon as you mention the cannabis business, they say ‘No, can’t help you,’” said Bob Potter, CEO of Phytron Technologies Inc.

Potter plans to become a licensed cannabis grower, and he is developing software aimed at optimizing growing conditions inside cannabis grow rooms.

Legalization, he said, has not improved his company’s ability to secure lending or to open a bank account.

“Nothing seems to have changed,” he said. “It makes it tough.”

Canadian Imperial Bank of Commerce reviews cannabis opportunities on a case-by-case basis, whereas TD Canada Trust refuses to grant interviews on the topic. Royal Bank of Canada, Bank of Nova Scotia and Bank of Montreal did not respond to requests for information.

Vancouver City Savings Credit Union – Vancity, Canada’s largest credit union – says it is proceeding in the space cautiously with a limited number of cannabis-related accounts open. Applications are closed to new ones.

“[Coast Capital is] looking at our own policies and procedures for servicing the growing needs of legal cannabis businesses in B.C. and across the country,” wrote credit union spokeswoman Sara Goldvine in an email to Business in Vancouver.

Westminster Savings Credit Union, which represents about 67,000 members and operates 16 branches in the Lower Mainland, “hasn’t made room in its policies” for cannabis businesses to open accounts. Doing so is not on the organization’s radar, confirmed a credit union spokesman, who added that the issue has been sidelined by the institution’s proposed merger with Prospera Credit Union.

“A year ago as legalization was coming on, we were getting mixed messages from the banks about what their policy was going to be once cannabis was legalized, and most of them put it off until after legalization,” said Mike McKee, partner and CFO of Muse Cannabis Store, which has one retail location open in Vancouver and more planned in Courtenay, Campbell River and New Westminster. He said he also approached three different credit unions, and not one was prepared to extend lending or other financial services to Muse.

“I was running around meeting so many different people and bankers trying to get something sorted out,” he said. “It was a lot of meetings. Basically I got turned down at every one except Bank of Montreal.”

He adds that, to his knowledge, BMO is the only financial institution currently providing financing to the sector, and that he believes Muse was the first retail cannabis operation to secure financing from the bank.

The process, he said, was “very slow,” and BMO’s willingness to give Muse a chance likely stemmed from the fact that its parent, Jak Group, which also runs Jak’s Beer Wine & Spirits stores, had a pre-existing relationship with the bank.

McKee said that in addition to a pre-existing relationship with BMO, Jak Group has proven its ability to operate in the controlled-substance space and has significant assets with the bank. Even then, getting an account required having their account manager go to bat for them.

Other cannabis entrepreneurs, such as Potter at Phytron Technologies, have had to finance their operations themselves. Potter has also had to shop throughout the province for a bank account.

He told Business in Vancouver in February that one of the very few willing institutions he found was Vancouver’s CCEC Credit Union, and the institution was going to charge him “exorbitant” fees of nearly $500 per month.

He said he later found out the fees were to cover the cost of having an external auditor ensure the credit union remained compliant with Canada’s rigorous regulatory system for cannabis. CCEC did not respond to repeated requests for comment. (Potter told BIV in September after CannaBiz went to print that BMO wanted him to pay $7,000 in fees upfront to open an account. He said he was told it was for the bank's anti-money laundering review.)

For example, financial institutions have to show that they have conducted their own background checks and due diligence on potential cannabis clients, and have not taken government licensing and approvals for granted. Institutions are also required to monitor and compare purchasing records from the province’s liquor board and the sales records of a cannabis business to ensure no products are being supplemented from the black market.

Securing a loan for a business operating in a controlled-substance environment can also be tricky, Betts said.

“What we’re kind of exploring is: can we support a small business or a licensed shop with operating credit?” he said, noting that the institution would have to get creative in what it accepts as collateral and how it secures its loans.

“We’re not licensed sellers, so we can’t collect the product for resale,” he said.

G&F Financial co-CEO Jeff Shewfelt said the institution is in its early days of providing financial services to cannabis clients. While lending isn’t currently available now, other services are.

“It was a lot of research on our part – much like the people starting the businesses – trying to figure out what would be required when there isn’t a whole bunch of how-to books out there on how to do it,” Shewfelt said.

That didn’t stop G&F from working to extend services to what is now a legal industry in Canada.

“The roots of credit unions are groups of people that couldn’t be served by someone,” he added. “If [cannabis is] legal, then why would we not consider how we could support it if we did it properly?”

Deepak Anand, co-founder and CEO of the global cannabis supply and distribution company Materia Ventures, said Canadian banking institutions overall remain very hesitant to deal with companies that have “cannabis” or “marijuana” in their name.

“A lot of it predominantly stems from the concern that banks have of being offside of U.S. federal regulations, without actually worrying about Canadian federal regulations that explicitly allow for companies to be involved in the cannabis trade,” he explained.

Less exposure to the U.S. puts local credit unions in a better position to cater to Canada’s cannabis market as they have fewer concerns about U.S. federal law. G&F Financial, for example, restricts cannabis-related business accounts from conducting international transactions so that it does not compromise its relationship with correspondent banks in Canada.

Anand cites BMO and Ontario-based Alterna Savings and Credit Union Ltd. as two examples of institutions that have been proactive supporters of cannabis businesses.

“I can’t say the same for any of the other bigger banks out there,” he adds.

So while financial services for cannabis companies exist, “it’s not like you’d see a big sign saying ‘Cannabis accounts here,’” he said.

For those in the industry who remain unbanked or under-banked, some wonder – nearly a year into legalization – when things might begin to change.

“It seems to me like somebody should open up a financial institution that’s focused on the licensed cannabis/legal cannabis industry. They’d probably do really well,” mused Potter. “I’ll be the first one in the lineup.”