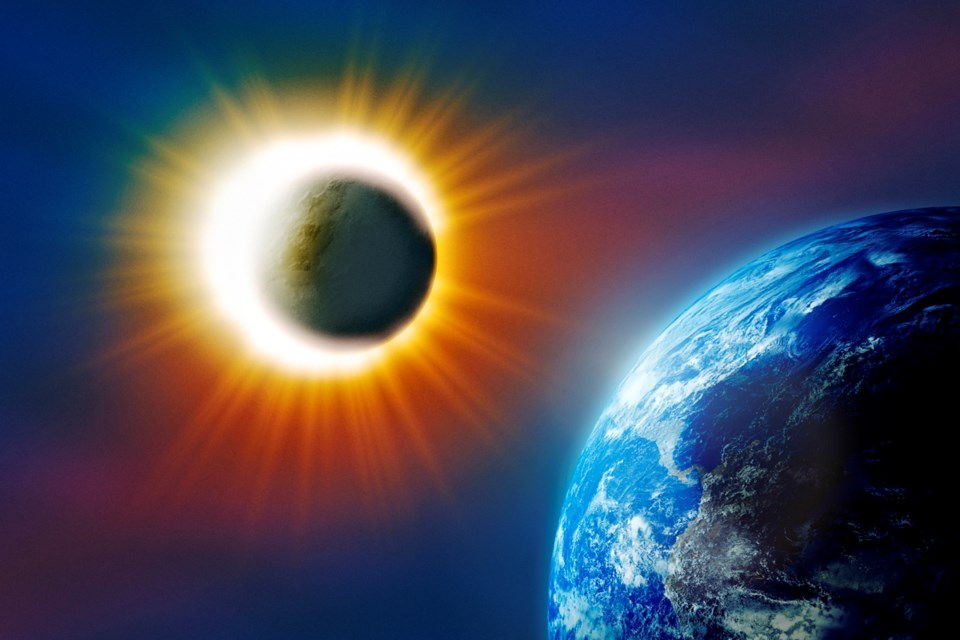 Stunning to behold, the alignment of the earth, new moon and sun is also a Scrabble bonanza.

1.  An eclipse is the result of syzygy — the alignment of three celestial objects. In Scrabble that’s worth 21 points (using a blank for the third y).

2.  Just before a total eclipse you’ll see a diamond ring effect. There’s a glow around the moon’s orb plus a diamond-like burst of sunlight.

3.  During the total eclipse you’ll also see Baily’s Beads. It’s where the sun peeks out from the moon’s craters. The phenomenon was first explained by English astronomer Francis Baily in 1836.

4.  There will be 69 solar eclipses in the next 100 years, but many will only be seen over water.

5.  The first recorded eclipse was in China, 4,000 years ago. “They actually thought it was a dragon eating the sun. It was a terrifying moment — apocalyptic,” says H.R. MacMillan Space Centre astronomer Derek Kief. “Five minutes later the sun came back and everything was OK.”