The Anders Nilsson trade was a tidy piece of business for the Canucks. While it was a minor trade in terms of the players involved, it accomplished a lot: it freed up a spot for Thatcher Demko, moved Nilsson’s $2.
Jan 4, 2019 11:36 AM By: Daniel Wagner 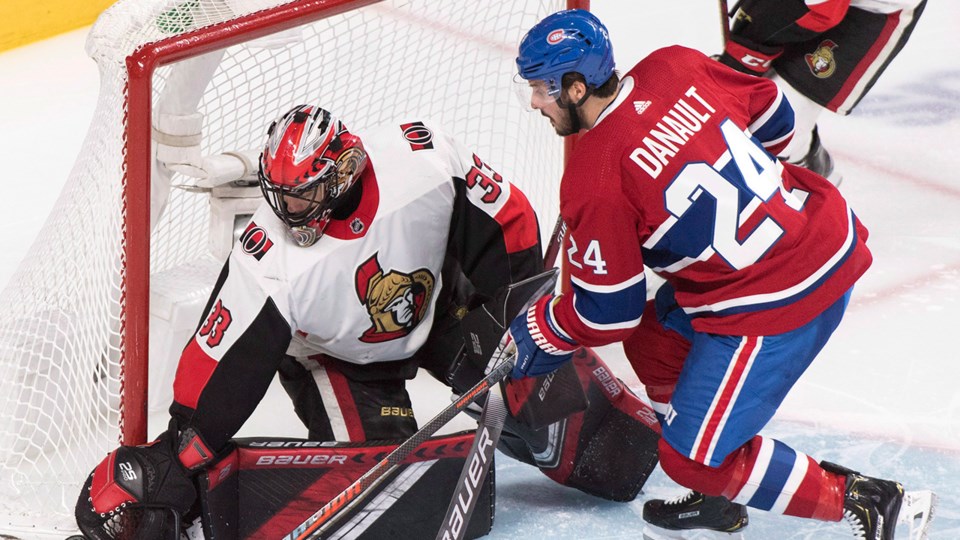 The Anders Nilsson trade was a tidy piece of business for the Canucks. While it was a minor trade in terms of the players involved, it accomplished a lot: it freed up a spot for Thatcher Demko, moved Nilsson’s $2.5 million contract, and even provided a replacement for Demko with the Utica Comets in Mike McKenna.

About that. The trade became a little less tidy on Friday when the Philadelphia Flyers claimed McKenna off waivers.

It’s a tough break for the Canucks, who have no choice but to continue with their plan to call up Demko, as they’ll need a backup for Jacob Markstrom in the NHL. Now they’ll need to find another goaltender for the Comets, which likely means a PTO for an ECHL goaltender. For the time being, the Comets will have to rely on Ivan Kulbakov.

You can’t blame the Canucks for this situation. No offence to McKenna, but the Canucks could not have possibly expected him to get claimed off waivers. McKenna has only once put up a save percentage above .900 in any of his brief stints in the NHL: a .904 save percentage across four games with the Columbus Blue Jackets in 2013-14.

The Flyers, however, are desperate. Pretty much all of their goaltenders are injured.

Michael Neuvirth was the latest Flyers goaltender to get an injury, though there was no report of an injury after their game on Thursday night. With his injury to deal with and a 1:00 pm game on Saturday, the Flyers needed a backup goaltender for Carter Hart in a hurry.

Thus the claim for McKenna.

If McKenna actually sees any game action, he’ll be the seventh goaltender to do so for the Flyers this season. As pointed out by Flyers reporter Wayne Fish, no NHL team has ever used seven goaltenders in one season and the Flyers have only played 40 games.

BTW: Is it necessary to add that no NHL team has ever seen 7 goaltenders in action for an entire season, let alone half of one?

Hopefully McKenna does make an appearance, because then at least he’d be part of an obscure NHL record.

How did the Flyers get in this situation? As seems to always be the case, the Flyers have had terrible luck with their goaltenders.

Calvin Pickard had a terrible start to the season, was put on waivers, and got claimed by the Arizona Coyotes, who have yet to play him in a game. Alex Lyon suffered an injury earlier in the season, but the main reason he’s not an option for the Flyers is that their AHL team needs a goaltender too with Carter Hart called up to the NHL. Also, Lyon was awful in the two games he played for the Flyers this season.

The plus side for the Canucks is that the Flyers likely won’t need McKenna for long. Both Elliott and Stolarz should be returning shortly, at which point they’ll likely end up putting McKenna back on waivers. If the Canucks are the only team to claim him, they’ll be able to send McKenna straight to the AHL without him having to go through waivers again.

Just a note - if Philadelphia does waive McKenna this season, and the #Canucks are the only claiming team, they can assign him directly to the AHL (as per Article 13.22 in the NHL CBA) pic.twitter.com/cZInTBM4kQ

As long as the Canucks don’t do anything crazy, like trade a draft pick for another goaltender, they won’t be any worse for wear.

As for McKenna, you have to feel for the journeyman goaltender, who has bounced all over North America in his career. He seems to be a truly nice guy. On the plus side, he’ll continue to earn an NHL salary while he’s with the Flyers, so that’s a plus.

McKenna was on hand to welcome Demko to the Canucks, as the young goaltender joined the team in Vancouver Friday morning.