The assistant coach for Russia at the World Juniors was full of praise for the young Canucks prospect.
Jan 6, 2020 4:24 PM By: Daniel Wagner 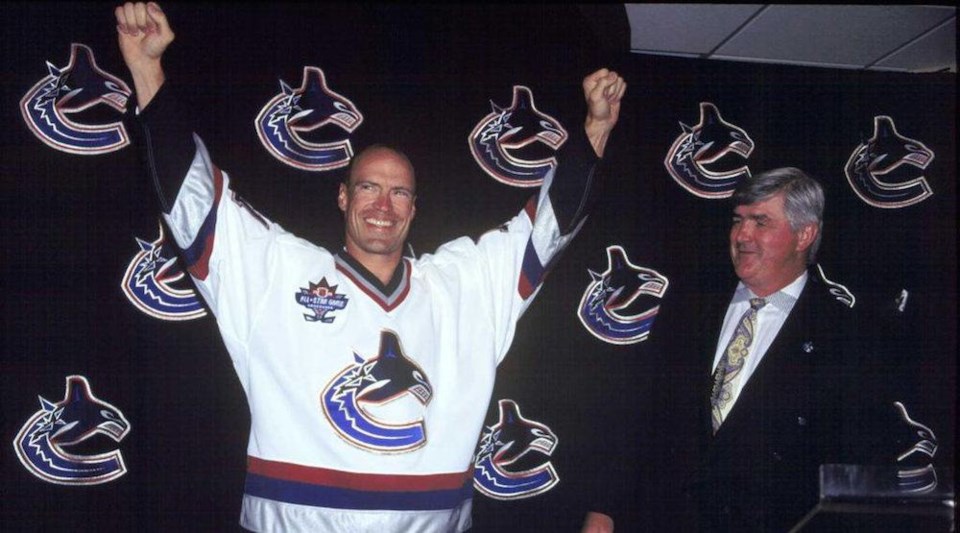 Vasili Podkolzin didn’t take home the medal he wanted from the 2020 World Junior Championships, as Canada came out ahead of Russia in the gold medal game.

Canada won in controversial fashion, involving a camera, a puck over the glass, and a liberal interpretation of the IIHF rules. What could have been a 5-on-3 power play for Russia in a one-goal game — which would have been a 6-on-3 with the goaltender pulled — instead stayed a 5-on-4 power play. Two undisciplined penalties for Russia later and Canada instead had a 5-on-3 to close out the win.

It was a tough end to the tournament for Podkolzin, who was kept quiet by Canada. He didn’t register a single shot on goal in the gold medal game, though he did drive the net and draw the penalty with 2:41 remaining that gave Russia a chance to mount a comeback. Podkolzin finished the tournament with 5 points in 7 games, a solid performance, if not the spectacular one that Canucks fans might have been hoping for from their 2019 first-round pick.

There are a couple things to keep in mind for fans that might be disappointed by Podkolzin’s performance. One is that Podkolzin created a lot of Grade-A chances for his teammates that, for whatever reason, didn’t turn into goals. He arguably should have had more points, but for some spectacular saves or a lack of finish from his teammates.

The other is that Podkolzin is still just 18. Unlike his fellow Canucks prospect Nils Höglander, who finished third in scoring and took home a bronze medal with Sweden, Podkolzin is eligible for one more World Junior tournament.

Though they were both selected at the 2019 draft in Vancouver, Höglander is half a year older than Podkolzin, whose June 24th birthday made him one of the younger players taken at last year’s draft. That half a year of development can make a big difference. All things considered, 5 points in 7 games is perfectly respectable, particularly considering the two-way impact he had on the game with his defensive play.

You can also look at a couple other top prospects taken in the 2019 draft and how they performed at the 2020 World Juniors. Alex Turcotte, taken fifth overall, had just two points in five games, both assists. Sniper Cole Caufield likewise had just two points, one goal and one assist.

That doesn’t lessen Turcotte or Caufield’s value as prospects, as short tournaments like the World Juniors depend on players hitting a hot streak at the right time to rack up points, and neither should it lessen Podkolzin’s value. The trouble when it comes to Podkolzin is that he’s not putting up points outside the World Juniors either, primarily because of how he’s bounced around the various Russian leagues.

Russian assistant coach, and former Canuck, Igor Larionov has no issues with how Podkolzin played. He appeared on TSN 1040 to talk about Podkolzin and Russia’s performance at the World Juniors and made an eyebrow-raising NHL comparison.

“I told him a couple days ago, he reminds me of a young Mark Messier,” said Larionov. “The way he’s physical, he’s mean, and he’s winning all the battles all over the ice.”

Larionov may be known as The Professor, but he evidently hasn’t studied up on Vancouver’s relationship with Messier. It’s not a particularly good one.

But let’s be fair: Messier is not well-loved in Vancouver, but Canucks fans got old and busted Messier. Larionov compared to Podkolzin to young Messier, who Canucks fans only got to see as part of the dynastic Edmonton Oilers.

A young Messier would be magical in Vancouver, the type of two-way power forward that could provide a completely different dimension to the Canucks. Let’s face it, Canucks fans love their power forwards or even any player that shows the slightest possibility of becoming a power forward. Call it Cam Neely Regret Syndrome.

Comparing any prospect to a Hall of Famer is bold, but at least Larionov would be very familiar with the comparison. He faced Messier multiple times in international competition prior to coming over to play in the NHL for the Canucks in the 1989-90 season, where he saw Messier at his height when he had a career-high 45 goals and 129 points. The two players then spent another decade-and-a-half facing each other in the NHL.

Beyond the Messier comparison, Larionov was full of praise for Podkolzin.

“I spent a lot of time with Vasili. He’s a really, really, really good kid,” he said. “Hard working, very good heart, he’s a team leader and he’s the guy who can give you 100% effort every night.

“From day one...I told him his best game is to be like a power forward, to move the puck, to use your centre, get to open ice, and drive to the net. All the rebounds, all the pucks around the net, that’s him.

“He did really well, because if you see a kid that can give you 100% effort and also play in the right way, things are going to happen for him. To me, I think he’s a very bright and great prospect.”

Despite the lack of lofty point totals, Larionov sees him playing with the Canucks’ number one centre in the future.

“I was talking to him the other day, I said in a year or two you’re going to be going to the NHL, to Vancouver,” said Larionov. “If you want to play with Elias Pettersson, you know him...He’s smart, he knows how to play the game, he knows how to set up the plays and this and that.

“Vasili, he’s got the character, he’s got the scoring touch — I know he didn’t score many goals, but he’s not afraid to take on players one-on-one, but at the same time, he’s a team guy, so he’s going to always be in a tough spot, a hard spot to sacrifice his body and score some big goals. I think he’s going to be a really, really good addition to Vancouver.”

Podkolzin won’t be able to come over to Vancouver until the 2021-22 season, so fans will have plenty of time to hem and haw over his point totals in Russia. Hopefully he’ll be able to produce more at the 2021 World Juniors and silence some doubters

When he does come over, Podkolzin should be able to step immediately into the NHL, as he has the well-developed two-way game to satisfy an NHL coach. Then we’ll see if the points follow.