A retired City of Vancouver senior manager who once headed up the transportation department is questioning the need to demolish the Georgia and Dunsmuir viaducts.
Aug 12, 2015 8:00 AM By: Mike Howell 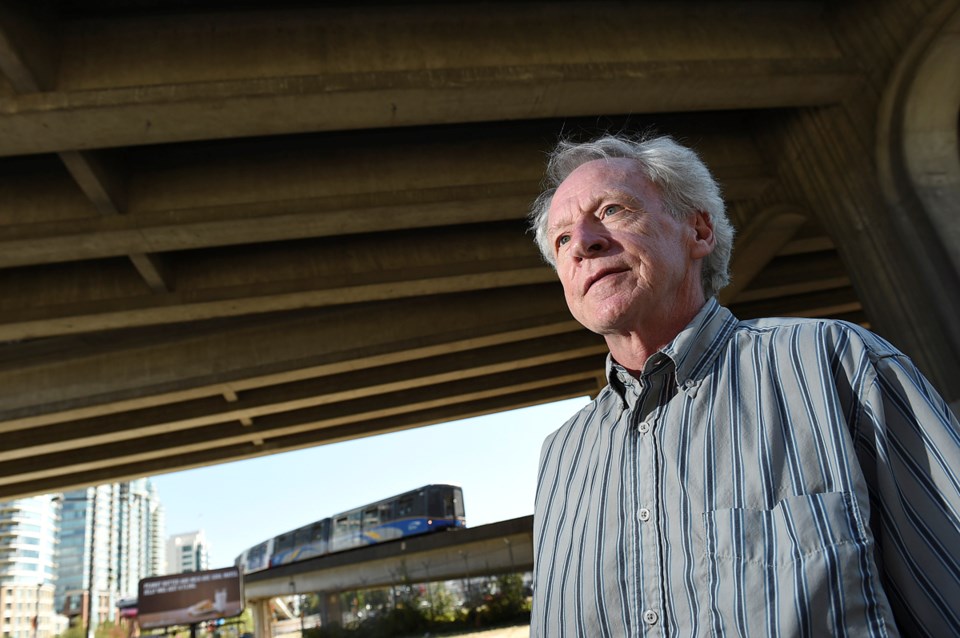 A retired City of Vancouver senior manager who once headed up the transportation department is questioning the need to demolish the Georgia and Dunsmuir viaducts.

Ian Adam, who retired in 2008 as the assistant city engineer of streets and structures, said he believes the loss of the viaducts will create more traffic congestion in Chinatown, Gastown and nearby areas.

“Anybody who thinks you can take down two major viaducts like that, which handles 60,000 people a day and a thousand heavy trucks a day — and not have some impact — they’ve got to be dreaming in Technicolor,” said Adam, who once held the position of what is now called director of transportation. “I would say leave them up. They’re a $100-million asset that’s doing a job.”

The Courier reported in July that city staff will recommend to council in September to knock down the elevated roadways, which were built in the 1970s and carry an average of 43,000 vehicles per day; Adam’s 60,000 calculation is based on number of people in vehicles.

Kevin McNaney, one of the city’s assistant directors of planning, told the Courier in July that a new road network would replace the viaducts and it will show “that it’s actually a better transportation system.”

Adam said he obtained traffic projections from the city that show increased traffic at peak hours along the East Hastings corridor, Chinatown and Cambie Bridge. He said he viewed the same projections at open houses on the viaducts.

“It’s going to have rush-hour conditions for six to eight hours a day,” Adam said. “So it’s not going to be this pleasant drive around False Creek. It’s going to be basically a freeway.”

The city’s plan calls for Georgia Street to be linked with Pacific Boulevard on a sloping grade, which Adam agrees with. But, he said, the plan is simply re-orienting Pacific and not actually building a new street.

He’s aware of the talk about creating a new connector along Malkin or National to alleviate traffic through Strathcona. But, he said, traffic will still be a problem at the end of the connector.

“The more difficult you make it to get there, the more people will simply choose not to go there,” he said of the effect the loss of the viaducts could have on downtown. “If they’re looking for a restaurant, or they want to find a lawyer or a travel agent or something, they’re not going to go downtown. So what you’re doing is your contributing to suburbanization of the region. If that’s what council wants to do, I guess that’s what they’re going to do.”

A staff report to city council in June 2013, said it would cost up to $55 million to demolish the viaducts. The tab for such a project climbs to more than $130 million when costs are calculated to modify existing streets, parks, utilities, build more parks and conduct soil remediation on what were former industrial lands.