Nexii known for developing building material called Nexiite that can be used as an alternative to cement and concrete
Jan 21, 2020 9:26 AM By: Tyler Orton 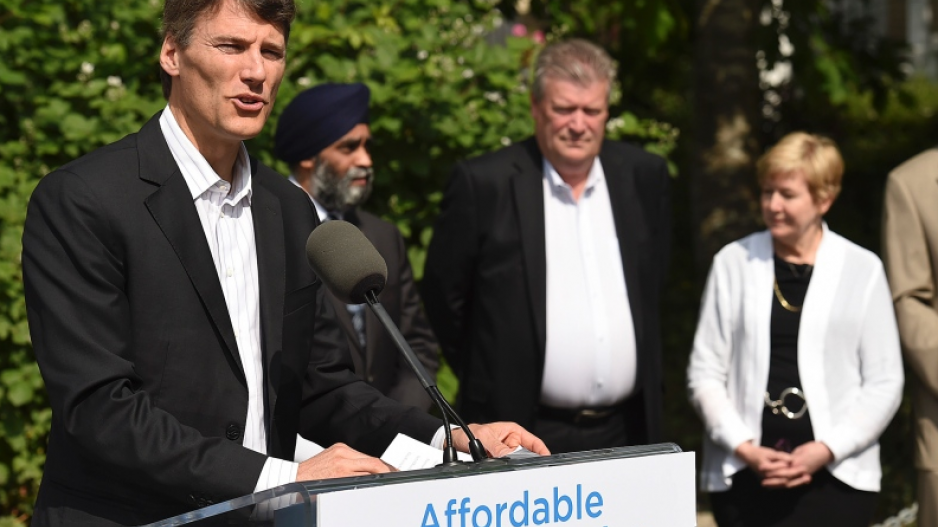 Why it matters: Nexii and Gregor Robertson say the company’s proprietary building material can have a positive environmental impact

Vancouver’s former mayor is taking to the corporate world once again.

The company, which was founded in Moose Jaw before relocating its head office to Vancouver, is known for developing a building material known as Nexiite that can be used as an alternative to cement and concrete for floors, walls and roofs.

Cement has a large carbon footprint, due to its energy intensity.

About 900 kilograms of CO2 is produced for every tonne of Portland cement, according to a 2018 study published in Science Direct.

Materials that have similar properties as cement, but lower carbon intensities, are being pursued as a way to decarbonize the construction sector.

“I’m proud to be part of a Canadian company with significant potential to make a huge positive impact on the environment and communities globally,” Robertson said in a statement.

The Nexii job isn’t the former mayor’s first foray into the corporate world.

Robertson is the co-founder of Happy Planet Foods Inc., which he divested himself from in 2013.

Since announcing in 2018 he would not seek re-election for the city’s top job, Robertson has been working part-time with the Global Covenant of Mayors for Climate and Energy as the organization’s ambassador.

Nexii employs about 50 workers at its head office in Vancouver and another 35 at its manufacturing plant in Moose Jaw.

Plans are in the works to open a new plant in B.C. sometime this year, while the company has raised $10 million in investment from Lotus Capital Corp., the Beedie Group and Omicron Canada Inc.

—With files from Nelson Bennett