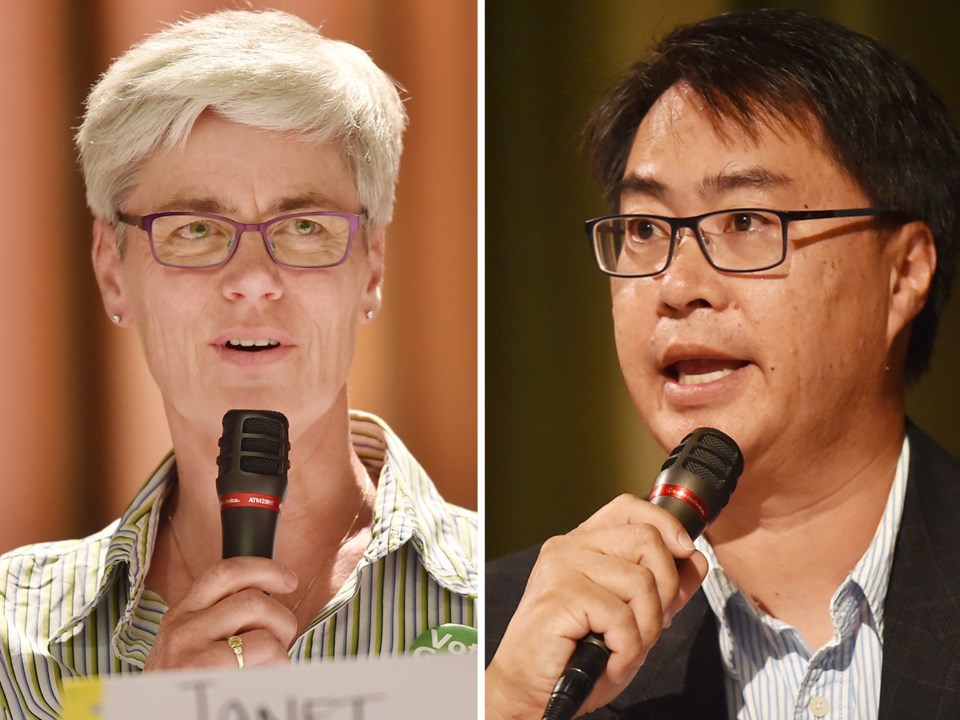 Janet Fraser has been elected three times in four years, while Allan Wong has been a Vancouver school trustee since 1999.Dan Toulgoet

Janet Fraser is the last person on Earth to describe herself as a rock star.

Lost in the headlines of Kennedy Stewart’s mayoral win or Vision’s near extinction is Fraser’s standing as the highest vote getter of all 158 names on Saturday’s ballot.

Fraser also topped the polls in last year’s byelection by close to 4,000 votes.

“It’s very humbling that so many people have put their trust in me to be a trustee going forward,” she told the Courier Tuesday. “I think it shows that they trust the work that I’ve done over the past four years and it has resonated with them.”

Much has been made of the lack of ethnic diversity on council and even on the park board, though the same doesn’t hold true on the school board.

“Having a number of people from different backgrounds and different cultural communities on the board will really bring different voices to the table and help us serve our students,” Fraser said.

Culture is among Fraser’s top priorities. Once the new trustees are brought up to speed, Fraser plans to draft a motion that puts the board’s commitment to reconciliation into policy across all board-related activities.

“We do a lot of good work, but we don’t have a framework to look at the big picture of reconciliation, to tie together all the different pieces that are happening in the district,” Fraser said.

On the other end of the ballot, Wong finds himself as the lone Vision Vancouver survivor across all levels of city government. Wong is the VSB's longest-serving trustee, having been first elected in 1999.

“I just listen to people,” Wong said when asked about his political longevity. “Anything that comes through the board, I spend a lot of time and effort going through. I ask for reports and I follow through. I advocate for public education, not in the rah-rah sense but on the more tangible side.”

Wong formerly aligned himself with COPE, but has run with Vision since 2013.

Will he have a change of heart now that Vision is almost an afterthought in Vancouver?

“I have no thoughts about leaving Vision moving forward,” Wong said.

A grad of UBC’s multicultural teacher education program, Wong suggests Vision’s fortunes in the election were the result of misdirected frustration over Vancouver’s housing mess.

“A lot of people have come to me and said it’s unfair to label Vision with that because a lot that comes from other levels of government,” Wong said. “With the new provincial government, a lot of that is too little too late.”

Wong sees two areas of immediate needs once the new board gets moving: lobbying for more provincial money and creating more space for students in growing areas of the city.

“There are pockets in the Cambie corridor, downtown, UBC, where those areas need space and we need student space there very quickly,” Wong said.

The new board will elect a chair and vice chair, along with being sworn in, on Nov. 5.