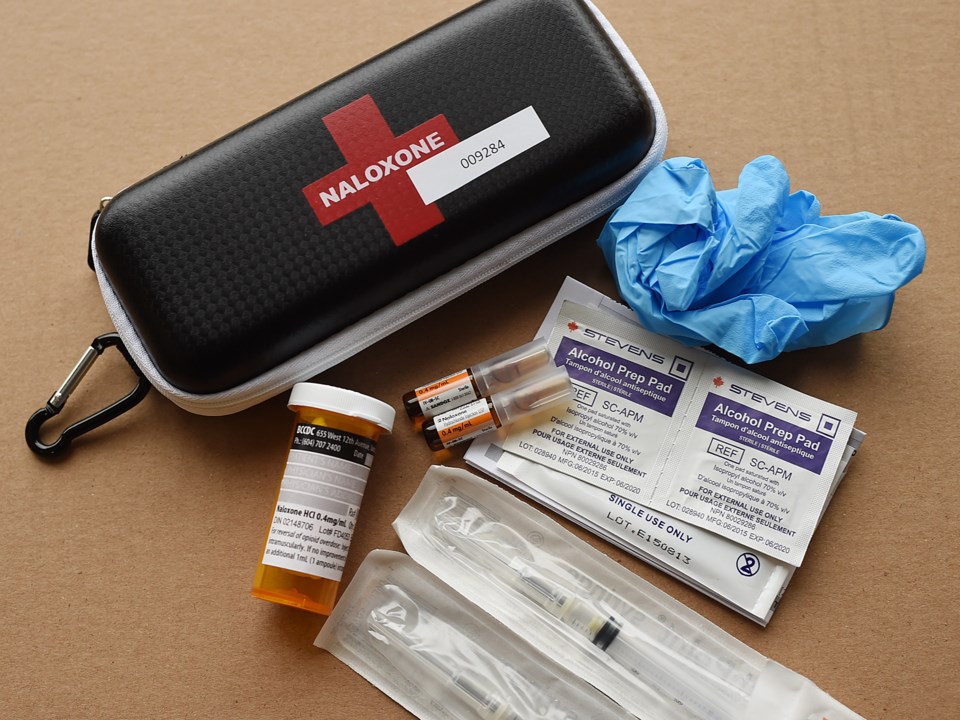 Drug users and people likely to witness a drug overdose can now pick up free kits at B.C. pharmacies that contain the overdose-reversing drug, naloxone.

Judy Darcy, the Minister of Mental Health and Addictions, announced Wednesday the expansion of the “Take Home Naloxone” program that was first launched by the BC Centre for Disease Control in 2012.

“Our goal is to help save lives and prevent overdose deaths by making it more convenient to people to have access to these life-saving naloxone kits, no matter where you live in British Columbia,” said Darcy from a London Drugs pharmacy in New Westminster.

The kits, which contain ampules of naloxone and syringes, had until Wednesday been only available at drug injection sites, needle exchanges, health units, hospital emergency departments, corrections facilities and First Nations sites.

More than 57,000 kits have been given out since 2012. Darcy said the expansion of the program to pharmacies has, so far, seen 1,900 kits supplied to more than 220 pharmacies in the province, including those at London Drugs and Save-on-Foods.

Darcy said people who want a free kit will be trained by a pharmacist. Training is also available online at TowardTheHeart.com, a website that provides a list of pharmacies with the kit.

A recovering drug user named “Mike” spoke at Wednesday’s news conference and welcomed the expansion of naloxone. He said he has lost many friends to overdose but has saved a few by administering naloxone.

“The more naloxone we get into people’s hands, the more lives we’re going to be able to save,” said Mike, who told a story about two girls who came to him for help after a friend overdosed. “They knew I carried a kit but by the time I got to their friend, he didn’t get enough oxygen — it was more than 20 minutes. We tried our best. If somebody else other than me had [a kit], this person would still be here today.”

Dr. Jane Buxton of the BC Centre for Disease Control said when the “Take Home Naloxone” program launched five years ago, there was little talk about the deadly synthetic opioid fentanyl, or naloxone.

Buxton said 622 kits were distributed in 2013 and only 36 were used. This year, the harm reduction program at the centre distributed 30,000 kits, with nearly 7,000 of those being used to reverse an overdose.

“You don’t have to be a doctor to actually use a kit and save a life,” she said.

Pharmacist Alex Dar Santos, president of the B.C. Pharmacy Association, said pharmacists know about being on the frontlines of epidemics. Dar Santos noted pharmacies made “hundreds of thousands” of flu shots available to people during the H1N1 flu pandemic in 2009.

“With the growing opioid epidemic, we are ready and willing to be on the frontlines again,” he said.

The BC Coroners Service’s most recent overdose death statistics revealed more than 1,100 people died in B.C. between January and September, with 83 per cent connected to fentanyl.