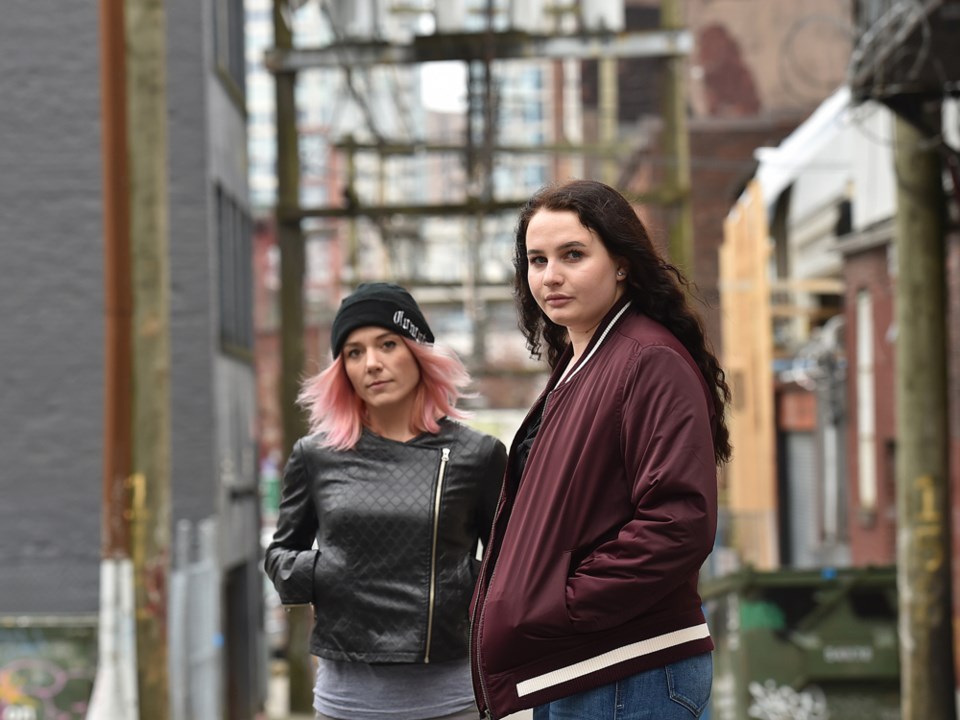 Graduation of any sort invites talk of party time.

Mailen Cassullo is poised to leave high school in a few months and the same holds true for her.

The party these days, however, is a lot different.

Cassullo is acutely aware of that fact and is looking to arm herself, and by extension her peers, with the tools to save a life, or identify a bad batch of drugs.

The 18-year-old Maple Ridge resident is partnering with Downtown Eastside harm reduction group Karmik to better understand the realities of nightlife and party culture in 2018. She gets her first look Thursday, March 29 as part of a monthly drug-checking night at the Powell Street Getaway Resource Centre, a supervised drug consumption site.

“A lot of kids, especially around my age, they’re very uneducated on what could actually be in what they’re taking,” Cassullo said. “They don’t really take that into account or pay attention to what they’re putting into their bodies and how that can actually kill them if it’s not what they think they’re taking.”

Thursday’s drug-checking program includes the use of a Fourier-Transform Infrared Spectrometer (FTIR), which tests for a range of substances: opioids, stimulants and other psychoactive drugs such as MDMA. The machine was first rolled out in November 2017 as part a pilot project between the city, Vancouver Coastal Health and the B.C. Centre on Substance Us.

Drug checking allows people to anonymously test samples of street drugs to be analyzed for their chemical makeup. Multiple drug types can be identified within minutes. Thursday’s session will also include the use of fentanyl test strips, which can detect fentanyl, carfentanil and other opioids within seconds.

Those test strips have been used at supervised injection site Insite since mid-2016. More than 1,400 checks were conducted from July 2016 and July 2017 and 80 per cent of those drugs checked — cocaine, heroin, crystal meth or MDMA — tested positive for fentanyl.

BC Coroners Service data shows that 1,422 people died of a suspected drug overdose in B.C. last year, with 365 in Vancouver.

Karmik has had five practicum students over the past four years, and Cassullo is by far the youngest. Outside of the upcoming drug testing night, she also wants to learn how to administer naloxone.

Pretty heady stuff for anyone, let alone someone who turned 18 last month.

“In the harm reduction world there is so much powerful female-oriented leadership and it’s really important as females or people who identify as females to hone that and provide mentorship,” said Karmik founder Munroe Craig. “It’s really incredible to see someone exactly like Mailen say ‘I’m going to put myself out there, I’m here for other people.’”

Cassullo’s time with Karmik is open ended. Her involvement is part of a practicum placement that relates to her future career path — psychology — and her current interest in electronic dance music (EDM) culture.

Thursday’s drug-checking night coincides with the onset of Seasons Festival, one of the city’s bigger EDM showcases. Cassullo has been to previous EDM gigs, and in other party situations, where situations have turned dire.

“I’m not necessarily sure if it was fentanyl, but I have definitely seen things go wrong where people had to be rushed to first aid tents,” she said. “It’s definitely not something you really want to see and it’s really unfortunate.”

Craig has organized two similar drug-testing nights in the recent past. Those accessing the service are between the ages of 18 and 49 and the vast majority of test cases — somewhere around 90 per cent — come back with fentanyl in them, Craig said.

What happens in the moments after a drug check is entirely dependent on the user. They’re asked if they know what the substances are, if they’re familiar with the source and what their next choice entails. They’re also given the choice to dispose of the drugs.

“We have folks who are really grateful and really thankful,” Craig said. “It’s also a bit of an eye opener, people are saying, ‘How this could be? My buddy told me this is 100 per cent pure.’”