What happened: Health Canada is not answering questions on exactly how many health and safety workers, or quarantine officials, are based at Canadian airports but it is promising that it will deploy more officials at airports later this week.
Jan 28, 2020 9:18 AM By: Glen Korstrom 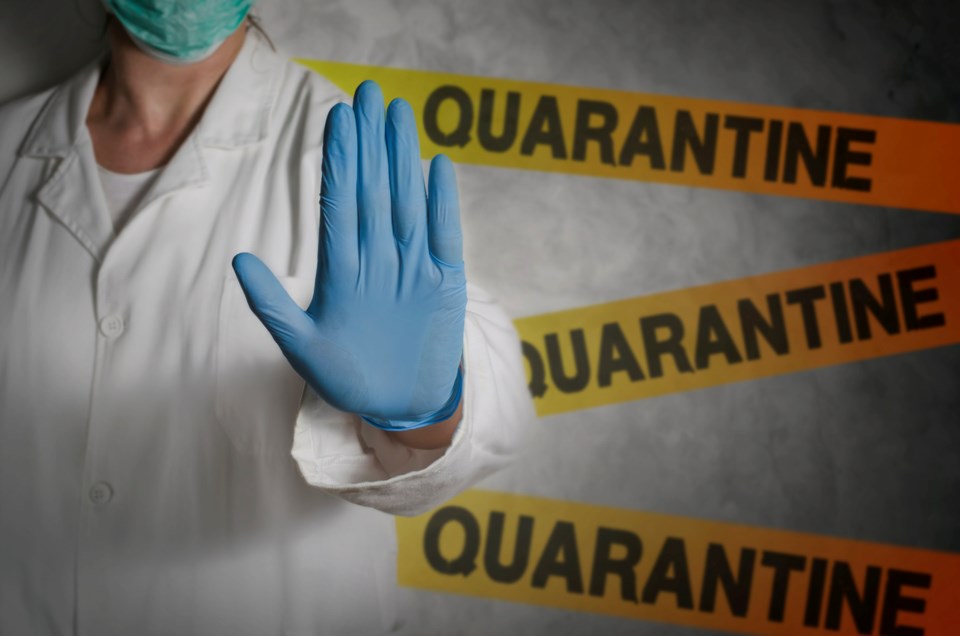 Canada's first two cases of a novel and fatal coronavirus are in isolation – one in hospital and the other at home. Photo iStock

What happened: Health Canada is not answering questions on exactly how many health and safety workers, or quarantine officials, are based at Canadian airports but it is promising that it will deploy more officials at airports later this week.

Why this matters: Canada’s first diagnosed case of the infectious coronavirus 2019-nCov, which is rapidly spreading around the world, was able to slip through Toronto Pearson Airport without being put into isolation despite informing customs officials that he had been to Wuhan (where the disease originated) and had a cough.

Canada’s chief public health officer Theresa Tam confirmed on a Jan. 27 conference call that health and safety officers are based at Canadian airports and that Health Canada's Public Health Agency of Canada (PHAC) will be “increasing the numbers” of these officials. She did not provide exact numbers for these workers or even provide a general sense of how many of these officials are now at airports or will be there later this week.

Business in Vancouver first asked Health Canada on Jan. 21 how many of its officials are based at Canadian airports. Each time Health Canada replied, it said that it would provide the information at a future date.

BIV’s attempts to ask Tam to quantify how many health and safety staff are at airports were also not recognized on two conference calls. Officials at the Vancouver Airport Authority told BIV that PHAC is the body that is best positioned to answer such questions. The airport authority did, however, release a video to reveal measures underway to control the coronavirus, and it mentions that PHAC has stationed more than one officer at its arrivals hall.

The presence at airports of health and safety officials, or quarantine officers, is coming under the microscope because no one put Canada’s first diagnosed case of the infectious coronavirus 2019-nCov into isolation when he arrived.

The man told customs officers at Toronto Pearson Airport that he had visited Wuhan, said Tam.

“I believe that the passenger reported a bit of a cough so he was really not visibly ill in any way,” Tam said.

Canada Border Services Agency staff told the man, who is in his 50s, to call 911 if he became sick, and he did that the next day, on Jan. 23. He is at Toronto’s Sunnybrook Hospital and is said to be in stable condition.

The man told the 911 operator about his symptoms and his recent travel to Wuhan so paramedics could be prepared and wear protective gear. That information was apparently not relayed to the paramedics. Their union, Toronto Civic Employees Union Paramedic Services, said in a news release that the paramedics were upset that they had to find out about the man’s condition from the news and that they were not told beforehand.

The man’s wife has since tested positive for the disease by an Ontario lab. That test has yet to be verified by a federal lab in Winnipeg so the case is being referred to as a “presumptive” case, and not an official one. She is in isolation at her home.

Worldwide, 106 people have died from the disease and more than 4,500 people have been infected. Those figures are steadily rising.