Free Speech Club says event with Stefan Molyneux and Lauren Southern will be moved to an undisclosed location
Mar 13, 2019 4:17 PM By: Jessica Kerr 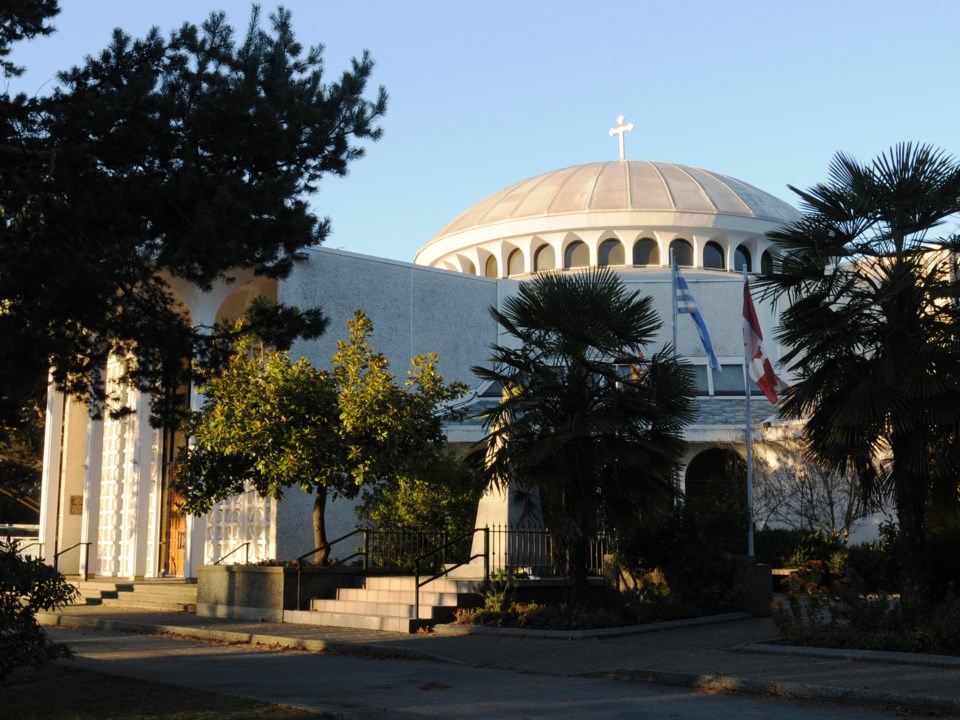 The Hellenic Community of Vancouver was the target of threats of violence after renting the facility to UBC’s Free Speech Club for an upcoming event with Stefan Molyneux and Lauren Southern. File photo Dan Toulgoet

In the face of increasing threats of violence, the Hellenic Community of Vancouver has made the decision to cancel the Free Speech Club’s event later this week with Stefan Molyneux and Lauren Southern.

“While we fully embrace freedom of speech, the safety and well-being of our members is paramount,” the community said in a statement sent out to members.

“Specifically, threats of violence against our members by various political fringe groups and one domestic terrorist organization are now deemed very credible, and have escalated in the last 48 hours. We were, therefore, obligated to act immediately.”

The club, however, said Friday’s event will still go on. In a Facebook post late Tuesday, the Free Speech Club said that it is currently booking a new venue for the event that “will remain private and for ticket holders only.”

“We are disappointed that the focus has shifted from the event itself on the 15th that we had signed a rental contact for with the Free Speech Club and the focus unfortunately turned, directed at the membership of the Hellenic community, the annual general meeting that we had scheduled for tonight and members of the Greek community at large who had their businesses targeted,” he said Wednesday.

Started at UBC in 2016, the Free Speech Club says it aims to host “the most important and intellectually stimulating events in the world. Our mission is to provide a platform to the great thinkers of our time, and inspire people in our culture to protect, sustain, and promote free speech.”

The club was in the media last October when the event it hosted with controversial American right-wing political commentator Ben Shapiro met with criticism and protests, however, not at the level seen this time around, said club director Angelo Isidorou.

Molyneux is the founder and host of the Freedom Radio podcast and YouTube channel, and a self-published author of numerous books. His YouTube channel features videos with titles like “The Death of Europe – European Migrant Crisis,” “Migratory Patterns of Predatory Immigrants” and “An Introduction to Female Evil.”

Southern is described as a Canadian journalist, political activist, documentary filmmaker and author of the book Barbarians: How Baby Boomers, Immigrants, and Islam Screwed My Generation. Southern has a YouTube channel featuring videos with titles such as “Asking Feminists: Women’s Rights or Islam” and “Why I Hate Pride Parades.”

The event has prompted criticism from some who say the views expressed by Molyneux and Southern are racist and promote white supremacy and gender inequality. It was initially scheduled to take place at the UBC Chan Centre but was moved, Isidorou said, because of security costs. He said the cost for security for the event was too much this time around — the club had hosted Shapiro at the centre last fall — because the ticket price for Molyneux and Southern is lower.

The club says that it brings in speakers based on demand from its membership and strives to promote “a diversity of ideas.”

“We also alternate between right-wing and left-wing speakers. Just a short while ago, we hosted Indigenous rights speakers who were left on the political spectrum,” club director Angelo Isidorou said in an email. “Now we are hosting two speakers who are very prominently right on the political spectrum. This is the pattern that we strive to follow.”