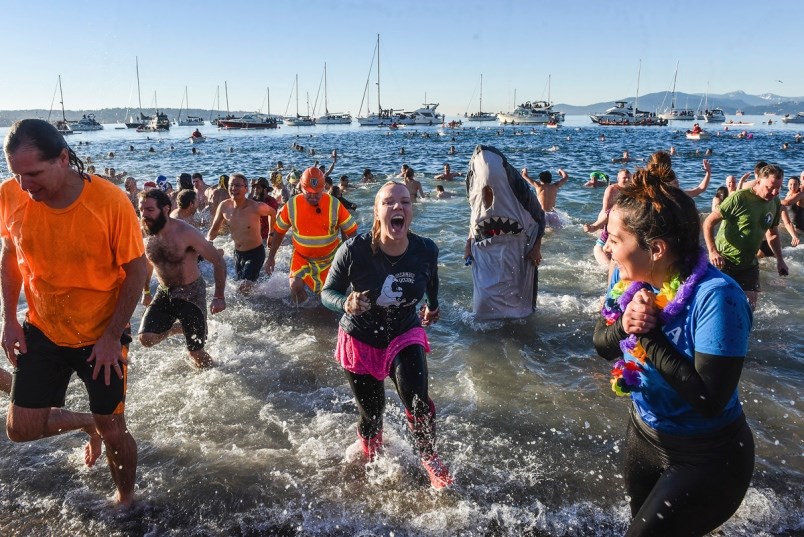 Vancouver hosts one of the world’s longest running and most attended Polar Bear Swims in the world according to the City of Vancouver.

The tradition began Jan. 1, 1920 when Peter Pantages, a prominent Vancouver restaurateur, began the Polar Bear Swim Club by persuading a small group of friends to take a dip in English Bay, something Pantages did every day of the year.

Every year since, Vancouver has continued the New Year’s Day dip.

To honour the memory of its founder, the Pantages Memorial Swim will continue this year as an optional 100-metre swim for participants. It was added to the event in 1972, a year after Pantages died.

Swimmers are encouraged to dress up in fancy costumes, but are also reminded to read and understand the safety tips before participating, such as:

A full list of recommendations is available on the event’s site.

Registration for the Polar Bear Swim is required and automatically enters participants into a draw for prizes. Last year 20 prizes were won by participants.

The event is free though donations of non-perishable food or cash are accepted by the Greater Vancouver Food Bank.

A registration form the event can be found at, https://vancouver.ca/parks-recreation-culture/polar-bear-swim.aspx

English Bay isn’t the only place in the Lower Mainland to celebrate New Year’s Day 2019 with a chilly plunge.