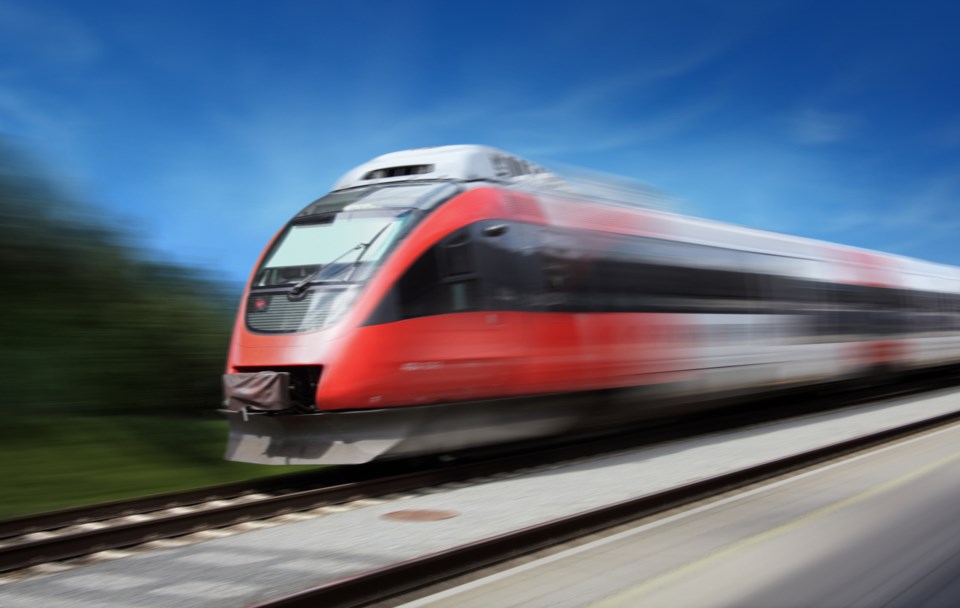 The ultra-high-speed system would travel at speeds of more than 320 kilometres per hour. Photo iStock

What it means: The new infrastructure could provide a big economic boost by reducing travel times throughout the region drastically

A high-speed rail linking Vancouver, Seattle and Portland has the potential to unlock US$355 billion in economic growth and 160,000 new permanent jobs throughout the Cascadia region, according to a new study submitted to Washington’s state legislature.

The Ultra-High-Speed Ground Transportation Business Case Analysis, which was made public July 15, concluded the infrastructure project being floated by stakeholders in all three jurisdictions could generate between US$160 million and US$250 million in initial annual revenue.

Drastically cutting travel time between the cities would also have the knock-on effect of drawing more companies to the region, which the report from the Washington State Department of Transportation argues would generate hundreds of billions of dollars in economic growth.

This hypothetical ultra-high-speed system would travel at speeds of more than 320 kilometres per hour either through high-speed rail, magnetic levitation or hyperloop technology.

The system would not share any existing infrastructure, and instead function as a standalone piece of infrastructure with elevated tracks and tunnels but no at-grade crossings with roads.

The report determined that the system could be built within a preliminary 2017 estimate of between US$24 billion and US$42 billion, drawing between 1.7 million and 3.1 million one-way annual trips to begin with.

With commuters opting for the electric rail system, carbon emissions would be reduced by an estimated six million tonnes in the first 40 years of operation.

An exact route for the ultra high-speed system has not been determined but the report also floated possible stops in Surrey; Bellingham, Wash., and other cities south of the border.

The study was funded by governments in B.C., Washington and Oregon, as well as Microsoft Corp.

"This study is part of the necessary good work that's being done to give us a clearer picture of the feasibility of ultra-high-speed rail service between British Columbia, Washington and Oregon,” B.C. Jobs, Trade and Technology Minister Bruce Ralston said in a statement.

“Improving the connectivity in the Pacific Northwest region presents enormous potential for job creation, economic growth and environmental benefits on both sides of the border.”