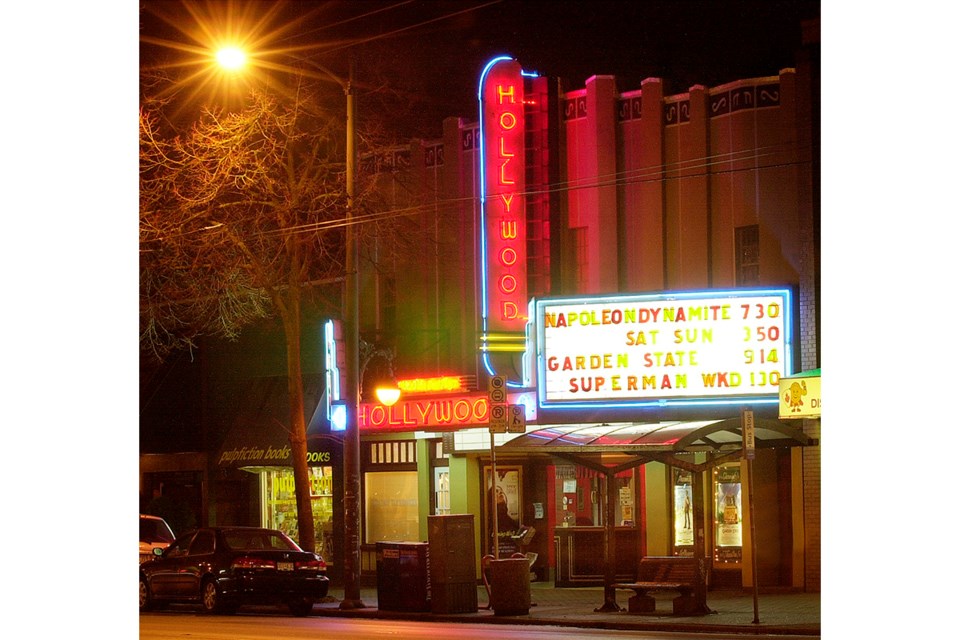 Green Coun. Adriane Carr brought the fate of the Hollywood to council Tuesday with a motion to protect the cultural venue for 90 days. She wanted council to direct staff to explore upgrading the theatre’s heritage designation and retaining its heritage features and community and theatre use through discussions with the property owner, area residents and business owners. Only NPA Coun. George Affleck favoured her motion over Vision Vancouver

Coun. Geoff Meggs’ amended motion, which was passed by the Vision-dominated council.

Carr thanked the handful of passionate residents who petitioned council at the planning, transportation and environment meeting to save the 78-year-old theatre. They sat through a meeting that started at 9:30 a.m., focused on the Hollywood after lunch, with the decision reached at 5 p.m.

Meggs initially proposed a protection period of 60 days, but on NPA Coun. Elizabeth Ball’s suggestion the period was lengthened to 75 to account for the Christmas break.

Meggs said he wanted to balance the concerns of the property owner and the community.

Marco D’Agostini, senior heritage planner with the city, told council staff had been working with property owner Dino Bonnis for two years on a possible redevelopment plan. He said the plan to redevelop the 651-seat theatre into a two-storey fitness centre “proposed the least amount of intervention to the exterior” of the art deco building than did previously proposed plans.

The Hollywood Theatre on West Broadway near Balaclava Street was built in 1935 and owned and operated by the same family until March 2011. It’s one of the last surviving single-screen neighbourhood cinemas in Canada, according to its proponents, and is listed as a category B building on the city’s heritage register, which means an owner does not need to go through extra steps with the city before it can be altered.

The Vancouver Hollywood Theatre Coalition recently formed and launched an online petition to save the theatre, which had collected 3,100 supporters as of Wednesday afternoon. “I don’t live in your neighbourhood, but I read the Courier,” Meggs told community members. He noted it was reported two years ago that the Hollywood was closing its doors, so why hadn’t the community organized around preserving it earlier?

Gail Davidson, a member of the coalition and a longtime resident of Kitsilano, said the community was pleased when the Church at the Hollywood resurrected the cultural use of the theatre. The coalition formed only when neighbours learned the church had been given notice and a redevelopment plan for a fitness centre has been proposed.

The community members say saving the exterior of the building is not enough — they want the cultural gathering place that can host performances preserved. Heritage Vancouver says the city has lost too many theatres and neighbourhood landmarks in recent years. Davidson noted a documentary by Michele Smolkin chronicling Vancouver’s vanishing cultural spaces premiered at the Hollywood last May. Smolkin started the petition to save the Hollywood.

D’Agostini said notifications about the proposed redevelopment were mailed to neighbours Tuesday.