How to cut down on waste this Christmas 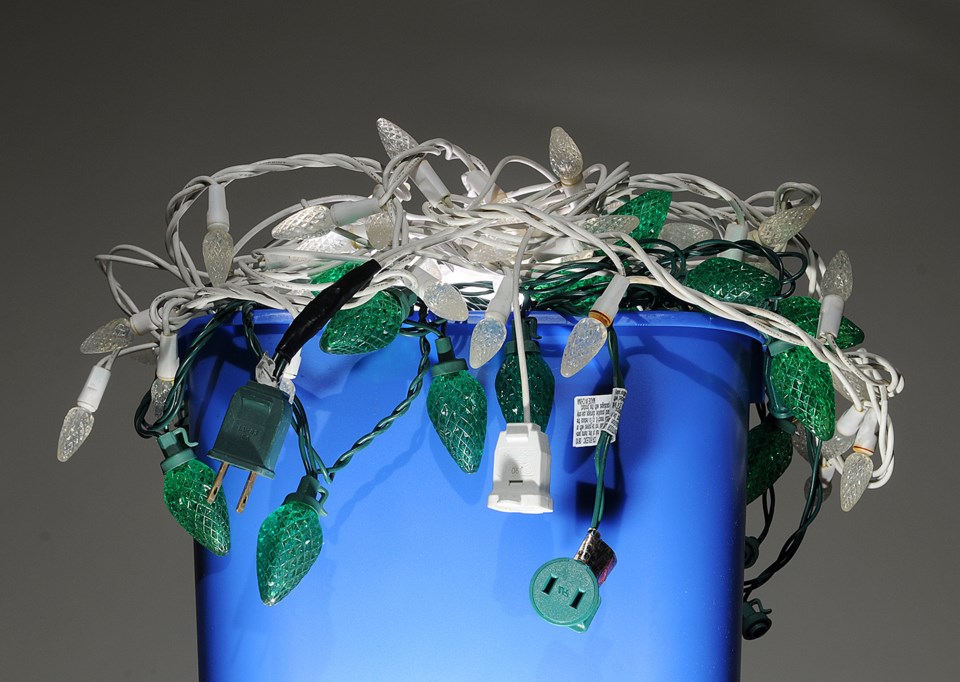 After the Christmas tree is raided and the presents are unwrapped this year, take a pause to make sure you’re disposing of your holiday waste in an environmentally friendly fashion.

According to the B.C. Recycling Council, 545,000 tonnes of waste is generated in Canada from gift-wrapping and shopping bags each year. B.C. historically has been responsible for producing between 10 to 11 per cent of Canada’s waste.

But much of our holiday detritus doesn’t have to end up in the garbage can.

Most regular wrapping paper is recyclable, said Stephen Morgan, information officer for the Recycling Council of British Columbia in an email.

“A good way to tell if it can be recycled with regular mixed waste paper is to see if it tears like regular paper,” Morgan said.

“Paper with foil or wire in it or that’s plastic based wouldn’t tear cleanly and wouldn’t be a paper recycling item.”

Albert Shamess, director of waste management for the City of Vancouver, said the city has tried to encourage people to use less packaging for Christmas gifts.

He recommended Metro Vancouver’s “Create Memories, Not Garbage” campaign for recommendations on how Vancouverites can reduce and properly dispose of their waste from the holidays.

Shamess also said people produce more recycling during the holiday season but did not have specific numbers because it is such a short period of time. Shamess said the city expects there will be more food scraps disposed of through the green bin program this year.

The B.C. Recycling Council recommends switching to LED Christmas lights next year, if you haven’t already, because they last seven times longer and use one-tenth of the energy.

Christmas lights are accepted for recycling under the province’s LightRecycle program. Visit lightrecycle.ca to find out where to drop off lights.

Morgan said unwanted electronics may be dropped off at Encorp Return-It and Bottle depots. Recycling these items properly reduces electronics waste in landfills by 140,000 items every year, he said.

Shamess said he is not concerned about illegal dumping of trees or unwanted household products this holiday season despite a city report released in November suggesting there has been an increase in illegal dumping in the city.

“I don’t expect to see any significant increase in environment waste,” Shamess said. “There’s a lot of options now available for people to recycle their Christmas trees and we’ve found we’ve had a good response with that in the past.”

Properly dispose of your Christmas tree by putting it out on the curb with yard waste, taking it to the landfill or transfer station, or by bringing it, totally stripped of lights and decorations, to a tree-chipping event.

The City of Vancouver has added two extra pick-up days for garbage and recycling, Dec. 26 and Dec. 28.

Lauren Chan, director of communications for Salvation Army British Columbia, says although they do not have a post-Christmas campaign planned, they welcome monetary and food donations. Unwanted goods can be donated to the Salvation Army Thrift Stores.