I Watched This Game: Hughes comes through, but Canucks lose late lead against lurking Predators 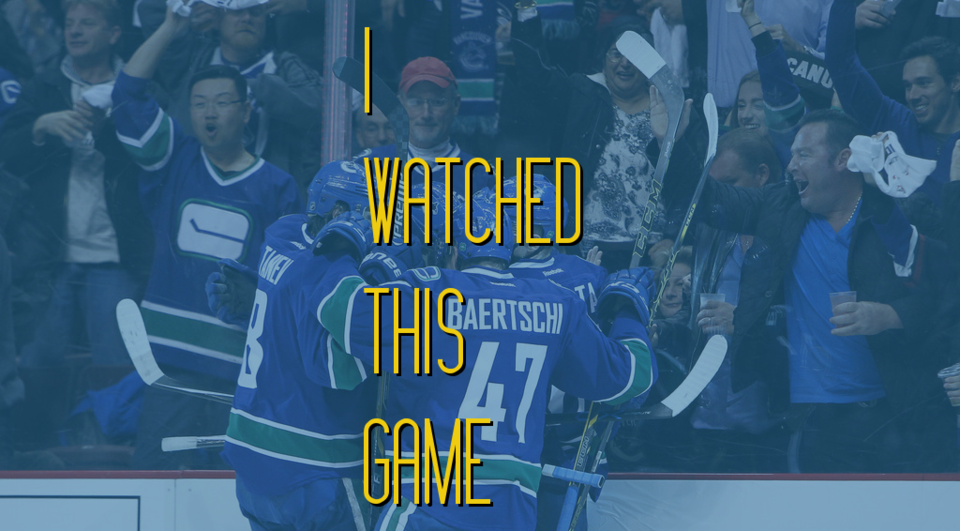 Despite clinching a playoff berth quite a while ago, the Nashville Predators still had plenty to play for on Thursday night. A win meant first place in the Central Division, but their position is precarious: the Winnipeg Jets, despite their recent struggles, are still right there, and the St. Louis Blues are nipping at their heels. Both teams are just one point back with one game left to play for all three teams.

With the win, the Predators have control over their own fates. If they win their final game of the season, they lock up first in the Central, along with home ice advantage through at least the first two rounds, assuming they get out of the first round. Home ice not only provides a small competitive edge, but also means more playoff revenue and more games for your hometown fans.

The Canucks, on the other hand, don’t have anywhere near as much to play for. They’re out of the playoffs, so all that’s left is personal pride, as well as the pride in your team and your teammates.

Most of all, they care about winning. You don’t generally get to the NHL if you don’t love winning and hate losing.

So, even if the loss to the Predators was the best thing for getting the Canucks slightly better lottery odds and a slightly higher pick in the draft, it was still tough to see how devastated Troy Stecher was on the ice after a pass took a freak deflection off his stick into the net for the game-winning goal. If anyone on the Canucks care, Stecher cares.

Seeing the Canucks care made me care when I watched this game.

Quinn Hughes and Markus Granlund work the give-and-go, and the #Canucks jump out to a 1-0 lead over #Preds pic.twitter.com/2VsH5IHN4C

That's two straight power play goals for the #Canucks second-unit. This time it's Tanner Pearson who scores, sending home the rebound from Quinn Hughes' shot, doubling their lead over the #Preds to 2-0. pic.twitter.com/4yjLCqPvph

The winning goal for the #Preds. Some moves from Forsberg who finds Ryan Johansen. He tries to pass across but it hits Stecher's sticks and beats Markstrom. #Canucks pic.twitter.com/KVtRQyFSnR