If you're not a Canucks fan, you'll never understand Alex Burrows 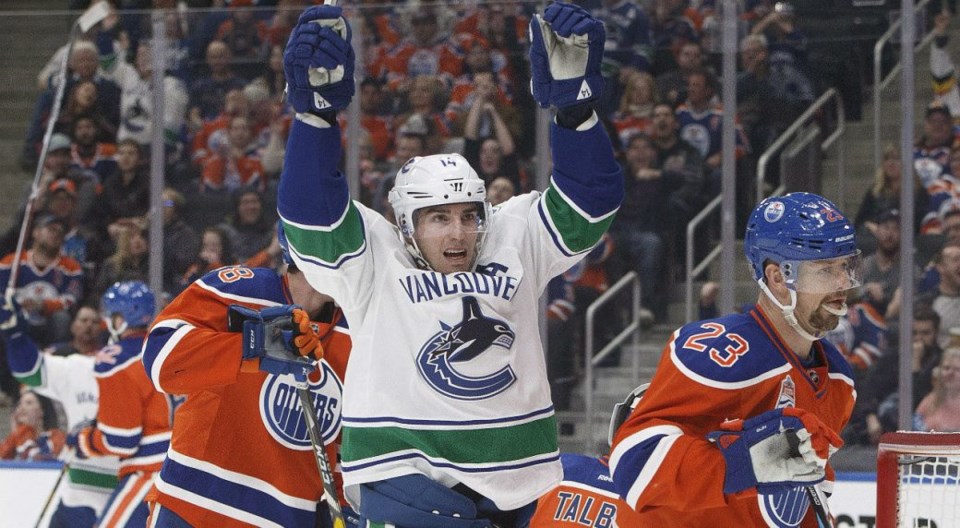 “Burrows? Do We Really Need Him?”

Thus began the most legendary thread in the history of the Canucks.com forums. Fans that were on those forums when it was posted back in 2008 will be well familiar with the thread, but even if you weren’t, you might have seen references to it in the decade since it was posted.

The thread was posted after Burrows’ third season in the league, when he had 12 goals and 31 points from the third line, with just one of those points coming on the power play, so Burrows already well established as an NHL forward. Despite that, the Canucks fan who posted the thread questioned his very ability to play in the NHL, and suggested he was being carried by Ryan Kesler.

According to the thread, Burrows couldn’t skate, couldn’t score, and couldn’t agitate properly because he couldn’t fight. He called him an “embarrassment” and suggested that Mike Gillis get rid of him and instead keep Jason Krog, Matt Pettinger, or Mike Brown.

In a final piece of irony, the Canucks.com poster that started the thread went by the name of “clutch.”

Just imagine what we might have missed if the Canucks got rid of Burrows after the 2007-08 season. He never would have scored the slump-busting shorthanded goal against the Carolina Hurricanes that ended an eight-game losing streak and rescued the 2008-09 season. Without Burrows, the Canucks would have constantly been searching for the right fit with the Sedins; maybe they never win those back-to-back Art Ross Trophies without Burrows on their wing.

There would be no back-to-back hat tricks in 2009-10 — he was just the third Canuck all time to accomplish the feat. Someone else would have needed to lead the 2009-10 Canucks in goalscoring, as Burrows did with 35 goals — just four of them on the power play.

We would have missed out on so many iconic Burrows moments, like his bow-and-arrow tribute to his late friend Luc Bourdon. There would be no Blue Steel, his go-to breakaway and shootout move that he claimed was unstoppable if he did it correctly. No “Kelly’s a great gal.” Okay, maybe we could have done without that last one.

Most importantly, who would have slayed the dragon if not Alex Burrows?

The poor, misguided “clutch” was seemingly the only Canucks fan that didn’t like Burrows. He was beloved in Vancouver, one of the most popular players in franchise history. Now the Canucks will be adding Burrows to the Ring of Honour on Tuesday night. Once the Sedins' numbers are raised to the rafters in February, Burrows will permanently on their wing. It's a fitting tribute to a great Canuck. He may not have won any scoring titles — no major awards — but he's a perfect fit for the Canucks' Ring of Honour.

Other fanbases likely don’t understand why.

I’ve heard from some of those fans, who question why a player that was never an All-Star, never came close to a point-per-game, and definitely never came close to being the best player on his team. Those fans likely thought Burrows was entirely carried by the Sedins, a top-six forward by default because the team could never find a better winger for the twins. Perhaps they bought into Ron MacLean’s 11-minute-long rant about Burrows on Hockey Night in Canada back in 2010, vilifying the winger as a diver and cheap-shot artist.

That vicious segment was unprecedented on the national broadcaster and Canucks fans have never forgiven MacLean for it. It also completely misrepresented Burrows and what he meant to the Canucks.

The reasons why Canucks fans love Burrows are many, some of which are listed above: the clutch goals, the chemistry with the Sedins, and his agitating, take-no-guff approach to the game. And, of course, many of the things opposing fans hated about Burrows just made Canucks fans love him even more.

Beyond that, however, fans knew him as the ultimate underdog. They watched him come from nothing and become an integral part of the best line in the NHL on the best team in Canucks history. He played two full seasons in the ECHL for teams like the Greenville Grrrowl and Baton Rouge Kingfish. He worked his way up from the fourth line to the first line in the AHL, then did the same when he was called up to the Canucks.

Burrows did it all with an unabashed joy and passion for the game. He loved (and still loves) hockey. He lives and breathes hockey. The Sedins were clearly the best players in franchise history, Roberto Luongo the best goaltender in franchise history, and Ryan Kesler was a two-way force — but it was Alex Burrows that was the heart and soul of that era of the Canucks.

Burrows: they really needed him.