In a contract year, Jim Benning still has to focus on the future 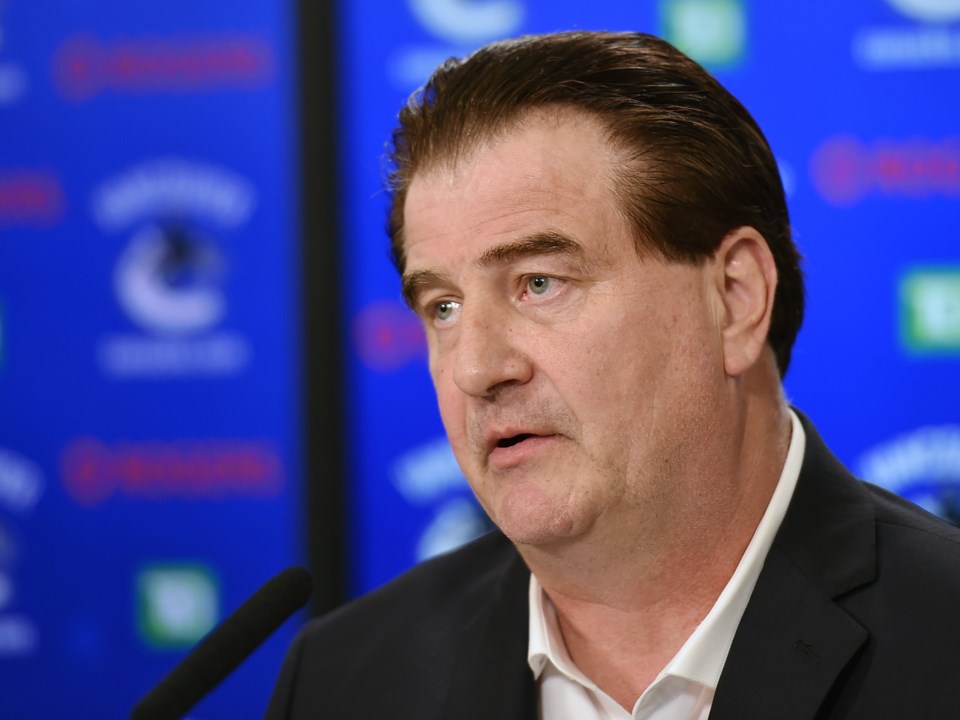 Most sports fans are familiar with the Contract Year Phenomenon. It’s the name for when a player performs at a high level in the final year of their contract, presumably because they have the added motivation of earning a new deal to go with the everyday motivation of winning a championship.

It’s not a hard-and-fast rule — plenty of players perform at a similar level every season, while others fluctuate significantly from year to year — but there is some statistical evidence of this phenomenon at work in the NHL. For some anecdotal evidence, the Canucks can just look to their biggest problem contract: Loui Eriksson’s.

In the final year of his last contract, Eriksson scored 30 goals for the first time in seven seasons and scored 60+ points for the first time in four seasons. It was his best season with the Boston Bruins and it made him one of the most highly-sought players in free agency. Eriksson got paid after his contract year performance, with the Canucks signing him to a six-year, $36 million contract.

Since then, Eriksson has scored 32 goals for the Canucks. Unfortunately, those 32 goals have come across three seasons. Ultimately, Eriksson’s short-term success in the 2015-16 season wasn’t indicative of how well he would perform in the future.

There could be a parallel to the Canucks as a whole in the coming season.

“I have one more year left on my contract,” said Canucks general manager Jim Benning at the end-of-year press conference and said that he would like to get an extension done during the off-season. Benning doesn’t want to be a lame duck, stuck in the final year of a contract with no certainty for the future.

That’s completely understandable: job security is hard to come by for NHL GMs. Benning just completed his fifth year as GM of the Canucks, which makes his one of the longer current tenures in the league. 22 of the NHL’s 31 general managers have been on the job for five or fewer years. Eight GMs have been replaced in the last year alone.

Without an extension, there will be a lot of extra pressure on Benning, particularly since the Canucks have missed the playoffs in four-straight years. While the Canucks and their ownership, the Aquilini Investment Group, have preached patience, you have to wonder just long that patience will last. Francesco Aquilini longs for the Canucks to be back in the playoffs and the emergence of Elias Pettersson as a superstar rookie might accelerate things as well.

Will Benning feel the need to make a stronger push for the playoffs with the added motivation of being in a contract year? If so, the Canucks could run the risk of sacrificing long-term success for short-term gain.

That could take the form of overpaying in free agency or trading a younger player or prospect for a more-established veteran. What’s troubling is that we’ve seen exactly these types of moves from Benning in the past.

Instead, Benning should focus on the future and there are moves that he could make for both long-term success and short-term gain. Judicious use of offer sheets could net the Canucks a young top-six forward like Kasperi Kapanen or Andreas Johnsson. By leveraging their cap space, the Canucks could take on a bad contract from another team for the cost of a young prospect ready to step into an NHL lineup.

Even free agency could be a boon: a big-ticket free agent like Artemi Panarin would be a big boost both now and later, but if he’s unlikely to come to Vancouver, there will be bargains in free agency that could make the team better on short-term contracts that don’t cost the Canucks long-term.

Benning and the Canucks can’t focus on making the playoffs in one year if it makes them less likely to consistently make the playoffs in the future. Canucks fans have seen what that looks like one province over, as the Edmonton Oilers made the playoffs in 2017 and haven’t been back since, despite having the best player in the NHL.

A run to the playoffs fueled by short-term moves would be the type of contract year that provides no promises of future success.

A tap of the stick to the St. Louis Blues, who handed the Boston Bruins a taste of their own medicine, comfortably winning Game 7 of the Stanley Cup Final 4-1 in Boston, in a distorted reflection of the 2011 Stanley Cup Final. It's fair to say that a number of Canucks fans felt some schadenfreude after that one.

One more tap of the stick to the Blues, actually, as they prevented the potential horror of hearing every NHL team congratulate the Bruins on winning the Stanley Cup at the draft in Vancouver. That would have been unbearable.

30.5 - Benning will have plenty of cap space to work with. Salary cap site CapFriendly estimates the Canucks have $30.5 million of space under the cap, though that's before new contracts for the likes of Brock Boeser and Ben Hutton.

11 - With the Blues winning their first Stanley Cup, there are now 11 current franchises that have yet to win their first Cup: the Canucks, Sabres, Coyotes, Sharks, Senators, Panthers, predators, Jets, Wild, Blue Jackets, and Golden Knight. The Canucks and Sabres have each gone the longest without a Cup: 48 seasons.