A University of B.C. study has found that Indigenous people in the province are almost twice as likely to be injured in a transportation-related crash. Between 1991 and 2010, B.C.
Jan 31, 2018 10:11 AM By: Courier Staff 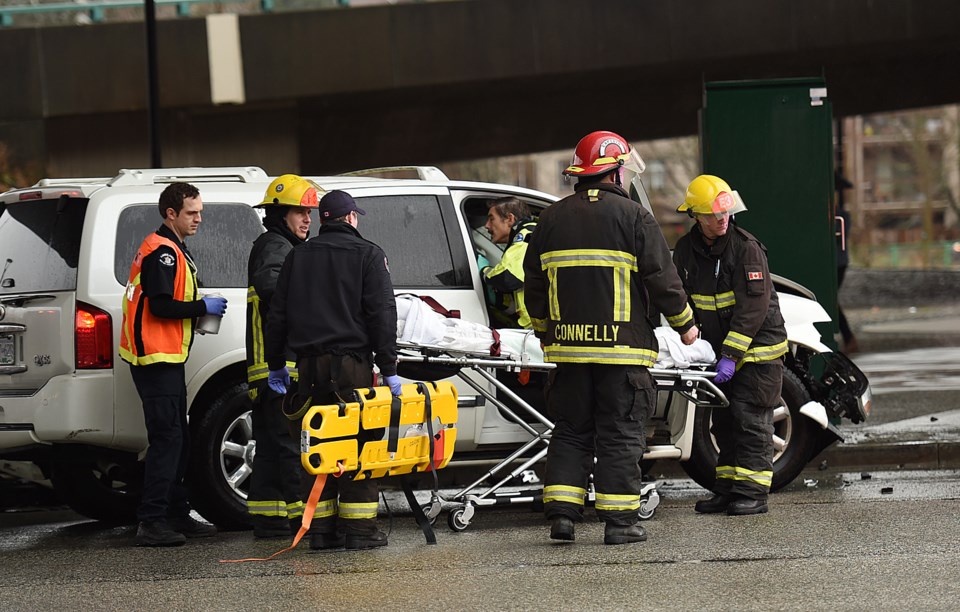 A UBC study has found that Indigenous people in B.C. are at a higher risk of transportation-related injuries. Photo Dan Toulgoet

A University of B.C. study has found that Indigenous people in the province are almost twice as likely to be injured in a transportation-related crash.

Between 1991 and 2010, B.C.’s Indigenous population suffered transportation-related injuries at a rate 1.89 times higher than the total population.

Overall, hospitalization rates for transportation injuries — including car, bike or pedestrian incidents, and motorcycle, bus, ATV, boat or airplane crashes — declined by more than two-thirds during the study period.

“However, we were concerned about the continued gap between populations,” she added. “We had to pick apart the data to try to find out why it wasn’t closing completely.”

In addition to the human suffering, transportation injuries cost the province an estimated $658 million in 2010.

Generally, the study found, living outside of Vancouver and Victoria meant a greater risk of injury regardless of ethnicity. The injury rate for those outside metropolitan areas was 43 per cent higher than the rate for the total population.

Researchers tried to determine if prosperity has an effect on injury rates — it costs money to buy a safe car and keep it in good working order. While the study found that areas with a higher proportion of high school graduates saw lower injury rates, other factors showed mixed results.

Researchers attribute the declining injury rates during the study period to a number of different factors — a trend toward urbanization and greater prosperity combined with specific policies such as graduated licensing and booster seat requirements, and improved transportation safety helped reduce the gap between Indigenous and non-Indigenous British Columbians. However, the authors said the gap could be further reduced by addressing underlying socioeconomic disparities and systemic racism, and through transport injury prevention programs developed by and for Indigenous communities.