Indigenous tourism on the rise in B.C. but remains a niche market

Getting some traditional First Nations ingredients is a challenge for Vancouver restaurant
Jan 9, 2019 10:56 AM By: Glen Korstrom 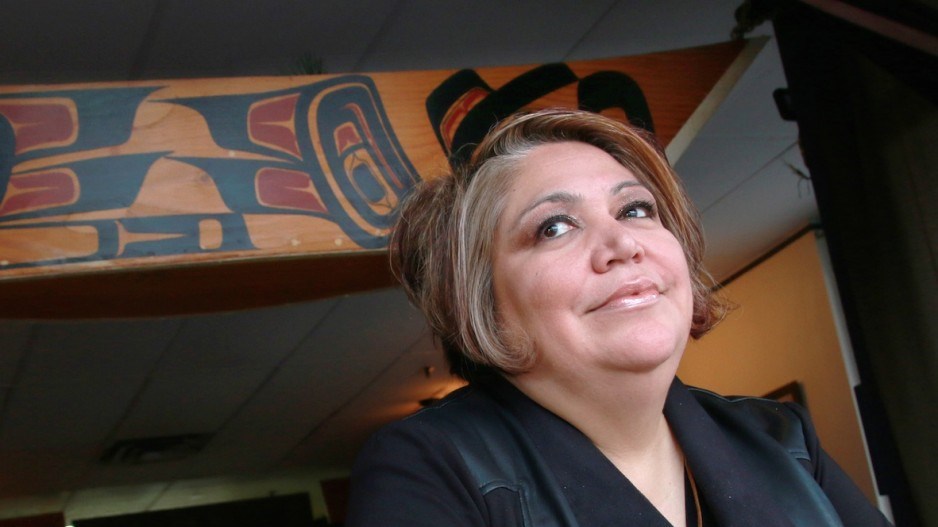 B.C. is attracting an increasing number of tourists who include Indigenous tourism experiences in their itineraries, but the business niche remains small enough that it could be poised for exponential growth.

First Nation-themed restaurants are relatively scarce in the province. Salmon n’ Bannock is the only Indigenous-themed restaurant in Vancouver, while the Bigheart Bannock Cultural Café at the Skwachàys Lodge hotel has an Indigenous-themed weekend brunch but does not have food service through the week. Other similar businesses in the subsector include Lelem’ Arts and Cultural Café in Langley, two Kekuli Café locations in Merritt and Westbank and the Red Fox Club at the Indigenous World Winery in West Kelowna.

“Moving away from your community to an expensive city, away from your family and culture, doesn’t make sense for many,” said Salmon n’ Bannock owner Inez Cook, who has co-owned her profitable restaurant at 1128 West Broadway since 2010 and plans to buy out her partner, Remi Caudron.

“Also, a lot of our products aren’t even readily available on the commercial market.”

Cook can buy bison and venison but not moose from specialty meats purveyor Hills Foods Ltd. — even though Indigenous people in B.C. are constitutionally entitled to hunt moose on traditional territory for ceremonial purposes.

Hills Foods owner Mark Hills told Business in Vancouver that he would sell moose if he could, but federal law prohibits him from doing that.

Health Canada requires federal meat inspections for meat and poultry that is sold or transported in Canada for local consumption or export, and “wild harvest game meat, such as moose, presently is not allowed,” he said.

Some Indigenous people who have operated restaurants have shifted to catering private parties, said chef Shirley Lang, who owns Kitchens of Distinction in Victoria.

She operated a restaurant for one year earlier this decade but closed it to launch her tour business and catering venture.

“I like the variety that my private clients offer me,” she told BIV. “I’m not in the same place all the time. I think that’s my Cree wandering spirit coming out.”

Dennis Thomas, who manages the Tsleil-Waututh Nation-owned Takaya Tours, told BIV in 2015 that the number of customers for Takaya’s cultural tours increased more than 50 per cent to nearly 2,500 in 2014, from about 1,500 customers in 2013.

He told BIV in November that he had conducted 168 cultural tours with 2,985 participants thus far in 2018.

A new report funded by Indigenous Tourism BC (ITBC) also buoys hope for the future of the sector. It found that in 2017 there were 401 Indigenous-owned businesses that broadly served the tourism sector — up by about one-third since 2014.

Only about one-quarter of those businesses, however, cater primarily to Indigenous experiences, explained Paula Amos, ITBC’s director of strategic partnerships.

About 60 of those 401 Indigenous-owned tourism-related businesses, for instance, are gas stations that serve tourists and locals, she said.

More than 100 businesses in B.C. offer Indigenous experiences such as dining, tour services, entertainment, accommodation and outfitting, among other businesses, Amos said.

That statistic is accurate, she said, because there are around 100 members of her association and likely a few more Indigenous-themed businesses that are not members.

“The majority of our stakeholders who we work with are at capacity,” Amos said. “So we know that the demand for Indigenous tourism is there.

“We’ve been increasing [our membership] by about 10 per cent per year for the last six years.”

Tourism to B.C., as measured by international visitor visits, has increased annually by more than 7.8 per cent on average during the past three full calendar years, according to Tourism British Columbia.

Many of those people pass through Vancouver International Airport (YVR) and cannot help but see elements of Indigenous culture as soon as they arrive.

The Vancouver Airport Authority, which runs the airport, in mid-2017 entered into a wide-ranging, 30-year partnership with the Musqueam Indian Band.

The airport authority provides the Musqueam with 1 per cent of its annual revenue — a sum that starts at $5 million this year and is expected to total more than $200 million over 30 years. It also provides scholarships, opportunities for Musqueam businesses to get airport contracts and other perks.

One of the most visible elements of the pact, however, is that the airport is adding to its vast collection of Indigenous art, which includes pieces such as Bill Reid’s The Spirit of Haida Gwaii: The Jade Canoe — a green jade sculpture that was installed in the mid-1990s.

“We are continually adding more pieces,” the airport authority told BIV in a statement. “This has been a long-standing part of YVR’s thematic plan and commitment to featuring Indigenous art at our airport.”