Inside the dark 'incel' world of Toronto's murderous rampage 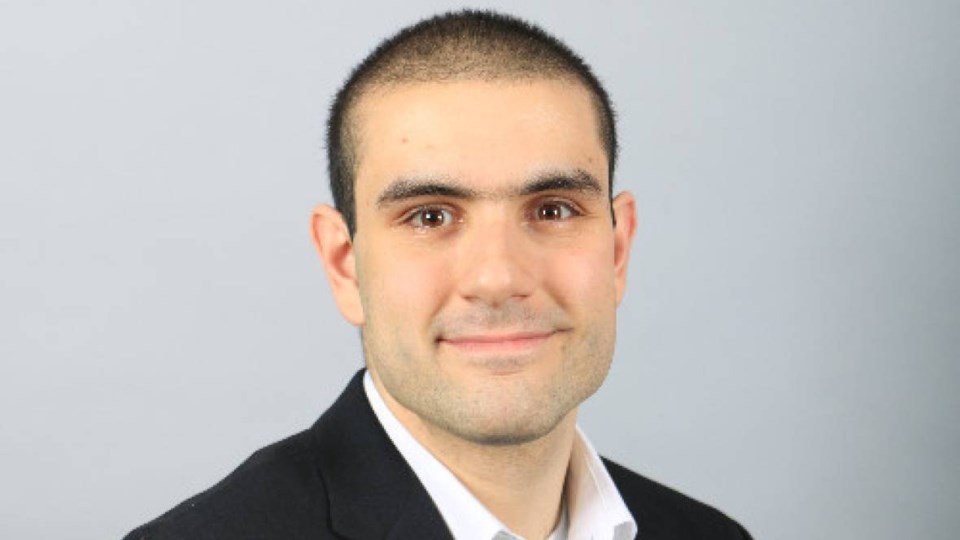 On the day he allegedly drove a van onto a Toronto sidewalk, killing 10 people, Alek Mennasian wrote about "incels" on his Facebook page. The term is a short form for "involuntary celibacy."

Toronto's deadly van attack has prompted speculation about the motive for a seemingly random act of violence.

As Alek Minassian drove a rented van into a crowd on Yonge Street on Monday afternoon, this post appeared on his Facebook page: “The incel rebellion has already begun.”

The term, "incel" is short for "involuntary celibate," an online community of men who say they’re not having sex because of women.

Arshy Mann is a Daily Xtra journalist who has been researching the topic in Toronto.  He created a Twitter thread to explain this little known label.

"Incel" refers to "involuntary celibate," essentially meaning that a person can't get laid because of their looks/personality. The incels make up one segment of the broader "manosphere", a collection of online masculinist communities that interplay with one another.

He notes that the term was coined as an innocuous phrase by a queer Carleton University student in the early 1990s to refer to her own dating struggles. She started a site so people could share their own experiences with romantic loneliness, but eventually left it to someone else to curate when she moved on from identifying as an "incel." She didn't realize the monster it would become.

Elliot Rodger was a 22-year-old who killed six people and himself in Isla Vista, California, in 2014. During his attack, Rodger posted a YouTube video of himself in his car, explaining that it was, “A day of retribution.”

He said he was exacting revenge against the world where women rejected him and men were getting the sex and love he didn’t.

“Girls gave their affection and sex and love to other men, but never to me,” said Rodger in his video. “It’s not fair.”

He calls himself, “The supreme gentleman,” and, “the true alpha male.”

These phrases, and the video itself, have been since meme-ified by incels, with whom Rodgers is something of a folk hero. They paste Rodger’s face onto both mocking and heroizing memes.  Some of these meme pages have been deleted since the Toronto attack.

“If I can’t have you, girls, I will destroy you,” said Rodger in his final video. While the original retribution video has been deleted from his account, there are several earlier videos of his rantings still on YouTube. Before dying Rodger also sent out a 137-page autobiography to his parents and therapist, which has become known as his “manifesto.”

David Futrelle runs We Hunted the Mammoth, a blog that covers what Futrell calls the “’New Misogyny,’ an angry antifeminist backlash,” in which he includes many supporters of U.S. President Donald Trump.

Futrelle has long warned that incels are dangerous.

"It’s a movement that idolizes mass killers and that has only slightly ironically heralded Elliot Rodger as its patron 'saint.'," writes Futrelle.

The incel movement has garnered a following from sites such as 4chan and Reddit, where it was steeped in online cultures of misogyny and toxic masculinity.

The Guardian reported that the r/incel subreddit, with 40,000 members, had posts such as “Reasons why women are the embodiment of evil,” or this one, about how women could’ve saved lives in Isla Vista if they’d only acknowledged Rodger and fellow incels.

Reddit closed down the r/incel subreddit in 2017 when it changed its usage policies to prohibit calls for violence against individuals or groups. It is worth noting here that the subreddit included overt threats of violence in its rules.

Though the rules also said, “Those who continuously claim there are as many female incels in the same situation as male incels will receive a warning and then a ban.” There seems to be a split about whether women can be incels. There is a subreddit r/Femcels, but the argument appears to be that women can get sex if they want it, and including women detracts from the struggles of men lacking intimacy.

Arshy Mann of Daily Xtra says in his tweets that r/Incel subreddit has been moved to r/Braincels.

The Guardian also pointed to the subreddit r/IncelTears, which monitors the Incel movement. They screen caption posts that they find concerning, such as this one that says attractive women should be forced to have sex with incels.

Another common term is, “Femoids,” which refers to women in general, usually deridingly.

All this is tied into a broader culture of misogyny and toxic masculinity.

Jennifer Berdahl is a professor in UBC’s Sauder Schoool of Business. She studies women and diversity.

She gave the Courier some context to Missanian’s actions, and by association, although she hasn’t studied them, incels.

She said that research has shown that “men's aggression is often promoted by a feeling of masculine failure."

Through a culture of masculinity men feel entitled to things such as sex and money. Consequently, “men who are denied these things tend to get angry.”

She said that her and her students’ research has shown that in these online cultures, such as the infamous subreddit r/TheRedPill, which deals in the men’s rights movement, there are lots of,“Basically [self-labelled] beta males," and they’re attempting to, “reassert alpha male" status.

The term beta male is common in what Mann calls the, “Manosphere.”

To clarify, the manosphere is a catch-all term that refers to a number of online male communities that overlap, branch off, interface & oppose each other in complicated ways. It includes pick-up artists, men's rights activists, incels, men going their own way etc.

Berdahl said that these sites are "over the top against women" and “also against the men who've won the contest in society."

She said that there’ve been two general reactions to these misogynistic movements, "Some people respond to this with ‘let's be nicer to them.’" This goes as far as suggesting that women be gentler when turning down men down for sex.

"The other concept is challenge the idea of a real man," she said. She said this is a more feminist response: deconstructing the idea of masculinity.

Reza Houshmand is the founder and current head of The Bearded Feminist. It is an organization started in 2016. It encourages men, through education and events, to join in the feminist cause and fight toxic masculinity.

He notes that as a society, “we value masculinity more than femininity.” Acting “like a man,” is a compliment, he said, and it plays on classic tropes of manhood, like lack of emotion, aggression and avoiding femininity.

He said it places “men in a competition of masculinity.” The goal becomes to “Win at life,” and then, “the only way you’ll get there is by out-manning everyone else.”

As a solution to what he sees as a societal issue, Houshmand points to “authenticity first.”

“Understand yourself and how masculinity changes you,” he told the Courier, and act on it. “Collect wisdom and more information. The more you know, the better human you become.”

In all this darkness Berdahl finds a light. She said she was touched with Scott Gilmore’s article for MacLean’s highlighting the police officer who apprehended Minassian, without firing his gun.

“It's an example of a man not falling into toxic masculinity and using his power in a very responsible and compassionate way,” she said.