It's official: Metro Vancouver has the sorriest bus stop in North America 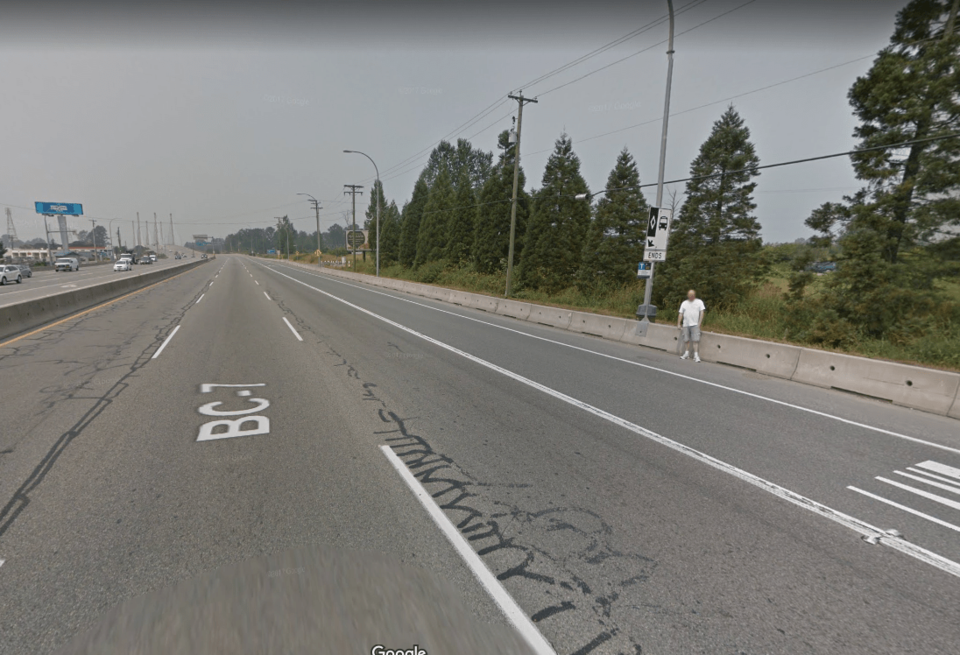 Metro Vancouver is officially home to the sorriest bus stop in North America.

“The horrendous bus stop on the Lougheed Highway in Pitt Meadows, just outside of Vancouver, has won our annual contest, trouncing Cincinnati in a 58%-42% landslide,” wrote Gersh Kuntzman, from Streets Blog USA.

And it’s easy to see why.

Basically, to catch the bus, you would have to stand on the busy highway – exposed to traffic, unless you wanted to jump the jersey barrier when the bus arrived.

The contest narrowed down dozens of nominations of the “sorriest, most dangerous and neglected bus stops” and then asked the public to vote which they believed was the worst.

The Pitt Meadows bus stop was submitted by Jason Lee, who labelled it a “disaster waiting to happen" in his submission.

The B.C. Ministry of Transportation says the decision to designate this a bus stop was made by TransLink and Coast Mountain Bus Company (one of TransLink’s operating companies).

“It’s concerning to hear that people using this bus stop don’t feel safe, and appreciate that this photo has been brought to our attention,” the Ministry told the Courier.

“We are in the process of setting up meetings with TransLink and the Coast Mountain Bus company to see what we can do to make the bus stop more adequate.”

The Ministry did not give an exact timeline for when the issue would be addressed but said meetings would take place “in the near future.”

“We’ll be discussing possible options for improving safety either at this particular bus stop location or finding a better alternative to this location – as long as there’s pedestrian connectivity and it’s still convenient for transit users,” the Ministry says.

“We’ll be happy to provide an update after these discussions occur.”