It's snow time: chance of flurries forecast for Vancouver 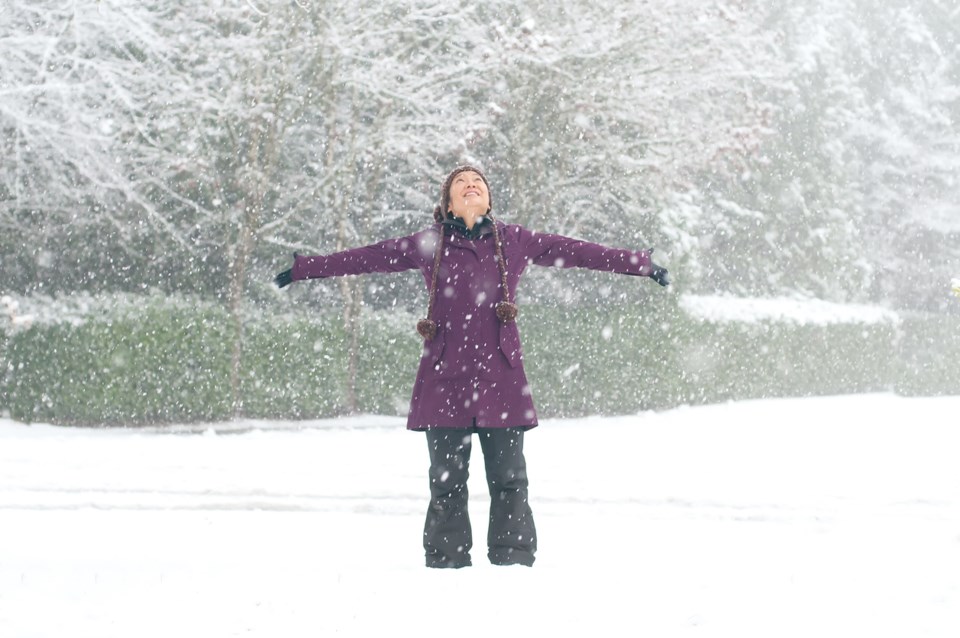 In fact, Environment Canada calls for a 60 per cent chance of flurries on Sunday night.

Vancouver Is Awesome spoke to Carmen Hartt, Meteorologist, Environment Canada, who explained why the department predicts snow on the weekend night.

“While we’ve been generally seeing temperatures of roughly one degree above average for the month of January, this week seems to be a departure from that trend,” she said.

“The temperature needs to drop around one degree for there to be snowfall and Sunday night is predicted to get quite cold. In addition, the forecast calls for a 60 per cent chance of precipitation, so there is a chance of flurries.”

Hartt adds that the forecast isn’t calling for heavy snowfall accumulations, but that the City of Vancouver could see flurries, too.

“It isn’t only the places with high elevations that may see snowfall – you might see it in the city as well – but we aren’t predicting it will accumulate.”

The forecast calls for clear, sunny skies on Tuesday, January 29 with a high of seven degrees during the day. Wednesday calls for mainly cloudy skies throughout the day and Thursday calls for rain.

The rain continues overnight and into Friday, but the forecast calls for sunshine on Saturday during the day.