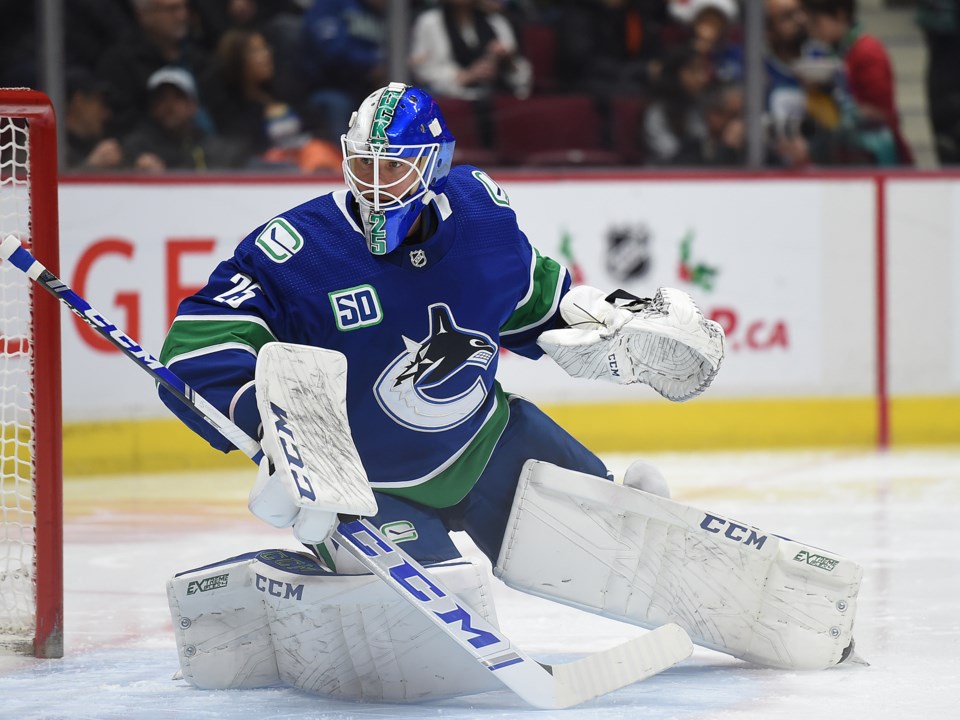 Five years ago, it was unclear if Jacob Markstrom would ever have the NHL career he dreamed of having. In September of 2014, Markstrom cleared waivers prior to the start of the 2014-15 season and played pretty much the entire season in the AHL.

Prior to the 2014-15 season, Markstrom had struggled in his stints in the NHL with the Florida Panthers and his few games with the Canucks after he came to Vancouver in the Roberto Luongo trade. He had an ugly .896 save percentage in his career, never quite playing to the standard expected of him given he was frequently named one of the top goaltending prospects in the league.

Markstrom revitalized his career in the AHL in 2014-15, carrying the Utica Comets to the top of the Western Conference and the Calder Cup Finals. He had a stellar .934 save percentage and a 1.88 goals against average. When he joined the Canucks full-time the following season, he was suddenly a steady and reliable backup, though there was nothing truly sudden about his development.

Now, under the tutelage of Canucks’ goaltending coach Ian Clark, Markstrom has become one of the best starting goaltenders in the NHL.

Marc-Andre Fleury of the Vegas Golden Knights was initially named to the All-Star roster for the Pacific Division, but the 35-year-old Fleury, who has been to four previous All-Star Games, bowed out. In his stead, the NHL named Markstrom to the All-Star Game.

Markstrom is more than worthy of the honour. After being named the Canucks’ MVP last season, he’s playing like an MVP once again, stealing games for his team and giving them a chance to win every night.

Markstrom’s .917 save percentage is 7th in the NHL among the 35 goaltenders with at least 20 games played this season. If advanced goaltending statistics are your bag, Markstrom is 10th in the NHL in goals saved above average (GSAA) according to Evolving-Hockey. In a season where Elias Pettersson is scoring at a better-than point-per-game rate, Markstrom has still been the Canucks’ most important player.

It’s fitting, then, that Markstrom and Pettersson will be together at the All-Star Game. The two Swedes are the two biggest reasons why the Canucks are currently in a playoff position halfway through the season.

One of the other big reasons still has a chance to join them, giving the Canucks three representatives at the All-Star Game. Quinn Hughes is up for the “Last Men In” fan vote, where one last player from each division will be added to their respective All-Star rosters.

You can vote for Quinn Hughes to go to the All-Star Game up to 10 times per day through January 10th.