There was an interesting mix of emotions towards the end of the Canucks’ 2018-19 season: there was both disappointment and hope, with most fans leaning towards the “hope” side of the equation.
Apr 8, 2019 2:58 PM By: Daniel Wagner 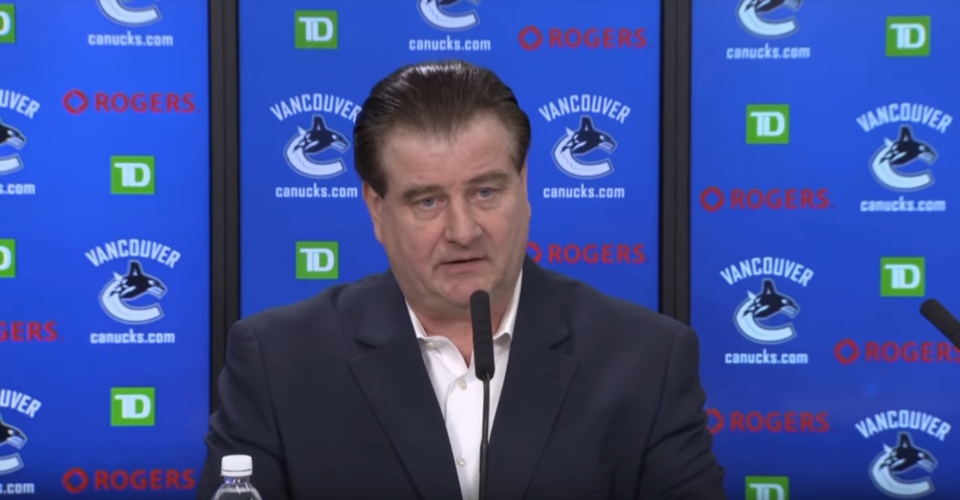 There was an interesting mix of emotions towards the end of the Canucks’ 2018-19 season: there was both disappointment and hope, with most fans leaning towards the “hope” side of the equation. Certainly it was disappointing that the Canucks missed the playoffs for the fourth year in a row, but the performance of the Canucks’ youth provided a lot of sugar to help that medicine go down.

Elias Pettersson stole the show with his Calder-worthy season, but Brock Boeser and Bo Horvat also had excellent seasons. Troy Stecher became one of the best all-around defencemen on the team, while Jake Virtanen and Adam Gaudette both have the potential to be strong complementary players in the future.

Add in the debut of Quinn Hughes, as well as Thatcher Demko’s improvement to finish the year, and there’s a lot of promising potential for the Canucks’ young core.

That’s a group of players aged 19-24 and the Canucks’ future lies in their hands. Pettersson, Horvat, and Boeser led the team in scoring by a wide margin and they were 19, 21, and 23 to start the season. Hughes will be 20 at the start of next season and seems likely to lead their defence in scoring in short order. These are not just the future leaders of the Canucks; they’re the current leaders as well.

With this strong young core in place, how long will it take before they are making the playoffs and competing for the Stanley Cup. Judging by one of Jim Benning’s answers at the Canucks’ end-of-season media availability, it might be longer than you expect.

“I think there’s a lot of hope for our team,” said Benning, “and you see our young players, the year Petey had, the year Boes had, Bo, I think, took another step. These are 20, 21-year-old kids — Quinn’s 19 — and you look at when teams get good and when they win, they win with 26 to 35-year-old players, and these are our best players, so I’m excited about the future.”

Benning’s comment on the age range of winning teams is both enlightening and concerning. It’s enlightening in that it makes sense of a lot of Benning’s moves since he became the GM of the Canucks. It’s concerning for multiple reasons.

You can understand where Benning is coming from. Just look at the Stanley Cup-winning Washington Capitals last season: the core of their team — Alex Ovechkin, Nicklas Backstrom, T.J. Oshie, John Carlson, and Braden Holtby — were in the age range of 28 to 32. The lone exception was Evgeni Kuznetsov, who led the team in scoring in the playoffs; he turned 26 during the postseason.

The problem is that it’s not hard to immediately find counter-examples. Apart from the Capitals, just four other teams have won Stanley Cups in the last decade: the Pittsburgh Penguins, Chicago Blackhawks, Boston Bruins, and Los Angeles Kings. When you look at the first Stanley Cup each of those teams won in the last decade, they were led by youth.

When the Penguins won the Cup in 2009, Jordan Staal was 20, Sidney Crosby and Kris Letang were 21, Evgeni Malkin was 22, and Marc-Andre Fleury was 24. They were supported by veterans like the 38-year-old Bill Guerin, 34-year-old Sergei Gonchar, and the 30-year-old Ruslan Fedotenko, but the core of that team was 20-24.

When the Blackhawks won the Cup in 2010, Jonathan Toews and Patrick Kane were 21, Niklas Hjalmarsson was 22, Kris Versteeg was 23, and Troy Brouwer, Andrew Ladd, Brent Seabrook, and Dustin Byfuglien were 24. Again, they had some great veterans like 28-year-old Patrick Sharp, 31-year-old Marian Hossa, and 26-year-old Duncan Keith (who barely fits into the 26-35 bracket), but the majority of their best players were 21-24.

Then there’s the Bruins in 2011, which is a touchy subject in Vancouver. They had an older team in general, with 33-year-old Zdeno Chara anchoring their defence, 36-year-old Tim Thomas in net, and 42-year-old Mark Recchi at forward. You look at their leading scorers, however, and you see a lot of youth.

Brad Marchand and Milan Lucic were 22. Also, they had 19-year-old Tyler Seguin in a supporting role. David Krejci led them in scoring in the playoffs at 24. Patrice Bergeron was 25, as was Nathan Horton. Describing the Bruins as 26-35 would miss a huge chunk of their best players that led them to the Stanley Cup.

The Kings in 2012 were a bit of an older team too, but they were led in scoring in the regular season and playoffs by Anze Kopitar, who was 24. Drew Doughty was 22. Those are arguably the two best players on the team and the most important to their Cup win, apart from 26-year-old Jonathan Quick. It would be bizarre to describe the 2012 Kings as being 26-35.

This may seem like worrying too much about one little quote, but if it betrays an underlying mindset, there is a legitimate cause for concern.

Let’s start with the most obvious: if winning teams are 26-35, what does that say about your young core of 19-24 year olds? Are the Canucks not going to be a winning team for another six or seven years? Do fans need to wait six years for Pettersson to be 26 before he can be the leading scorer enroute to a Stanley Cup?

As we’ve seen from the examples above, that’s not the case. The leading scorers in the playoffs for those teams were 22, 21, 24, and 24. That’s a relief in one sense, as Canucks fans can retain plenty of hope that the Canucks can take a step forward within a few years to be Cup-contending team.

The biggest concern is that if Benning is operating under that mindset, it might lead to some suboptimal decision making.

That includes signing players on the wrong side of 30 to long-term contracts; trading draft picks under the assumption those players won’t be ready to truly help a Cup-contending team for eight years; acquiring older prospects in the hopes that they more development ahead and can contribute sooner than a younger prospect; assuming that players in their mid-20’s are still young and can take significant step forwards in development.

You can see how the mindset might shift if you instead think that a team with a core group of 20-24 year olds can be a legitimate Cup contender. A general manager with that mindset might focus on acquiring draft picks and young prospects with high ceilings, putting together a generation of young players that can compete for the Cup within two or three years. They would hang onto elite players as they get older, but move other players in their late twenties to constantly reload the prospect pool. They would avoid spending too much money in free agency on players in their thirties.

That’s not to denigrate the contributions of veteran players. They’re absolutely an important component of a winning team and no one is suggesting building a team primarily composed of players in their early twenties.

The issue is that seeing an age range of 25-36 in winning teams isn’t just inaccurate; it can lead to poor decisions. When you look at winning teams, they frequently get contributions from both young players and veterans. It takes both, and focussing primarily on one age group can get you in trouble.