The massive upgrade will improve the passenger experience on the SkyTrain
Jan 29, 2019 3:16 PM By: Elana Shepert 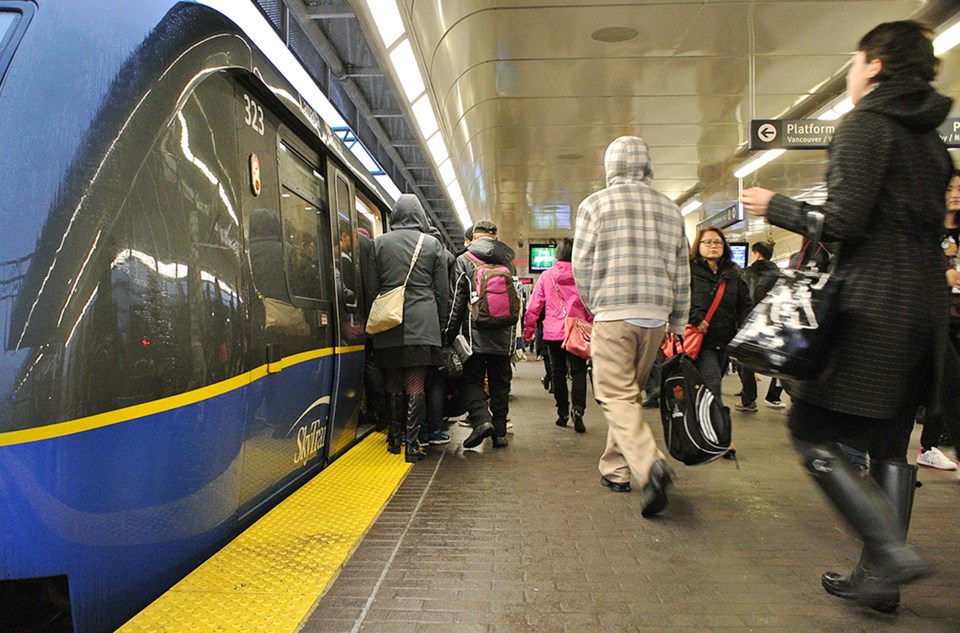 The Commercial-Broadway station is about to get an upgrade. Photo Dan Toulgoet

The largest SkyTrain station upgrade in TransLink history opens to the public this Saturday, Feb. 2, in East Vancouver.

Part of TransLink’s Maintenance and Repair Program, the massive upgrade will improve the passenger experience on the SkyTrain. The transit authority chose Commercial-Broadway Station because it experiences a high volume of traffic daily. In fact, it is the second busiest station on the system, with a whopping 200,000 transit journeys each weekday.

“Tens of thousands of people rely on the Commercial-Broadway Station. These significant upgrades are part of our government’s commitment to invest in improvements that help people move around the region more easily,” commented Honourable Claire Trevena, Minister of Transportation and Infrastructure.

What’s more, starting Saturday, the station will allow passengers heading Westbound to downtown Vancouver to get on or off on either side of the SkyTrain car.

“People who use Commercial-Broadway to get on or off SkyTrain or switch between the Expo and Millennium lines know this is one of the most congested spots in our entire transit system,” said TransLink CEO Kevin Desmond.

“These upgrades will help alleviate that pressure and improve their experience. The new pedestrian overpass and the new train platform will make it much easier for our customers to transfer between Millennium and Expo line trains, and the 99 B-Line.”

TransLink also to extend its gratitude to its senior government partners for making this project possible. In addition, the transit authority wants to thank customers and neighbours for their patience during construction.

Vancouver Is Awesome spoke to Chris Bryan, Senior Media Relations Advisor, TransLink who explained what the opening will include.

“We aren’t planning anything big for Saturday, except that the new additions will be available for public use, of course,” he commented. “There will be a small customer appreciation on Monday, however. We want to extend our thanks to the community. With that in mind, it won’t be a huge thing – but we are planning something for Monday.”

Total costs for the massive undertaking are approximately $81.0 million. The Government of Canada provided $9.4 million through the Building Canada Fund, the Government of British Columbia contributed $18.8 million, and the remaining $52.8 million was provided by TransLink.