The shift away from car ownership isn’t much different from the way we consume movies, according to Lyft’s Tim Burr.
Mar 22, 2018 8:30 AM By: Tyler Orton 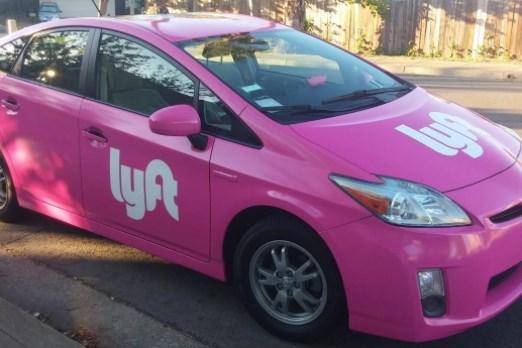 The shift away from car ownership isn’t much different from the way we consume movies, according to Lyft’s Tim Burr.

Much like how the popularity of DVDs has waned in favour of streaming services like Netflix (Nasdaq:NFLX), advances in technology are already having the same effect on vehicles – at least outside B.C.

“You no longer need to own an item to enjoy the benefits of it, and we’re going to see that shift in transportation as well,” Burr, director of public policy at the San Francisco-based ride-hailing service, told a Vancouver audience March 14 at the Globe Forum 2018.

“The next era [in transportation] as we’re seeing develop now is going to be shared, electric, autonomous fleets providing transportation as a service.”

The concept might still be out of reach for British Columbians attending Globe’s Preparing for Tomorrow’s Cars Today panel, featuring industry experts addressing the biggest changes ahead in the future of transportation.

In B.C., ride-hailing services like Lyft have been denied access to the roads as the government awaits a taxi industry consultation report expected later this spring.

The earliest that legislation could be tabled for ride-sharing services on the West Coast appears to be by year’s end.

But Burr said as transportation services become less costly in other jurisdictions, passengers are moving to a type of “subscription pass” that no longer requires the investments in insurance, maintenance and fuel that come attached to car ownership.

But what’s spurring the need for driverless cars?

As the price for these transportation services falls, Burr said Lyft will require more drivers as demand goes up.

Since there are not enough drivers to meet demand, Lyft is anticipating a transition period in which a “hybrid network” of both human drivers and autonomous vehicles will be needed, he said.

While Burr anticipates autonomous vehicles taking a leading role in the way people are transported, he told the panel he wants to dispel the notion of a “doomsday scenario” in which consumers simply start buying driverless cars to replace ones that previously required humans behind the wheel.

That situation would be exacerbated by owners sending their autonomous vehicles to pick up friends or fetch groceries while they are not using the car.

“That obviously is going to lead to tremendous congestion and not resolve the issues we have now,” Burr said. “That’s why the shared aspect is really critical, that we promote and incentivize folks to make sure they are sharing a ride.”

Sandra Phillips, CEO of Vancouver’s Movmi Shared Transportation Services Inc., followed up during the panel by emphasizing her belief that governments will not let the doomsday scenario play out.

“There’s going to be a regulatory side of things,” said Phillips, whose company designs and implements multi-mobility networks that include car and bike sharing.

“And the cities of the world do not want more congestion.… They’ll disincentivize having everybody have their own autonomous vehicle just run around the block while they go shopping so they don’t have to find parking and pay for it.”

She said in the last two years, collaborations have been growing between public transportation authorities and shared mobility operators to determine how to properly transition into a new era of transportation.

So instead of commuters using mainly one method of transportation, the private and public sectors are anticipating people using multiple modes of transportation to reach their final destinations.

The company has closed deals for electric buses in nearly 70 cities and will be making its first deliveries to Canada in 2019.

Proterra is also equipping some of its buses with sensors that can collect data to better understand how driverless buses would need to interact with the infrastructure around them.

After Burr’s remarks, Horton told the panel that public buses will be needed to provide fixed-schedule and high-capacity transportation options to bring people to main hubs.

“And then other modes can supplement and fill in the gaps on demand as necessary.”