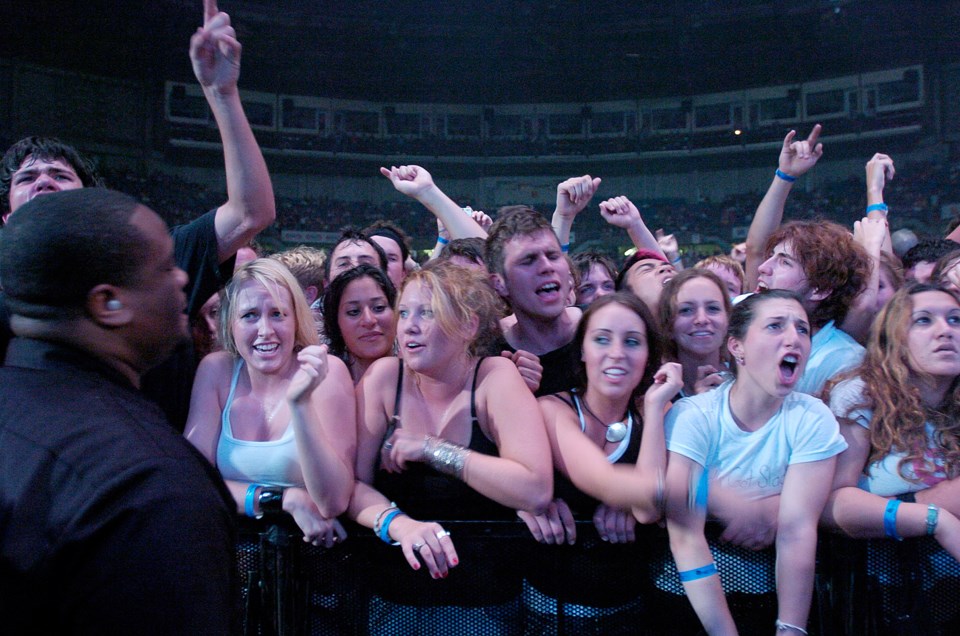 According to Goldkind, at least two or three times a month he is driven from his home across from the PNE because of the sound level of concerts on the fairgrounds. Photo Dan Toulgoet.

Hastings-Sunrise resident Alex Goldkind is tired of being driven from his home.

According to Goldkind, at least two or three times a month the walls of his house shake, the ground vibrates and the thumping gets so loud he has to seek refuge at his girlfriend’s house several blocks away.

Goldkind, 39, lives across from the Pacific National Exhibition grounds to the west at Hastings and Renfrew and says the noise levels from concerts and other events at the fair are off the charts — and he and at least one of his neighbours have had enough.

“We are going to be consulting a lawyer very soon to deal with the fact that the PNE doesn’t want to respect us or any of the city or the federal statutes when it comes to noise,” said Goldkind.

Based on their use of a decibel meter, he said the noise levels of events at the PNE reach 100 to 150 decibels. He said the noise is worse in the summer, but excessive noise is something he said he deals with year round.

The city bylaw during the daytime (up until 10 p.m.) is 70 dBc, or the typical sound of a lawn mower or dishwasher.

A city communications spokeserpson told the Courier providing information about the number of complaints filed about noise from the area around the PNE was not possible before the Courier’s Thursday print deadline.

Laura Ballance, spokeswoman for the PNE, said on average the PNE received between six to nine comments or concerns from the neighbourhood per month over the year.

About 70 per cent of those came from the same homes. She couldn’t say how many were specifically noise complaints.

She said sound levels are monitored consistently throughout every event to ensure they don’t go over city limits. If an event starts to get too loud performers are notified “in real time” and asked to adjust accordingly.

Goldkind said if the excessive PNE noise can’t be stopped he wants financial compensation from the city.

“If they said we are going to give you all no property tax, I would say fine, at least when I leave my house you are paying me to leave my house,” said Goldkind, who added he pays approximately $4,000 a year in property tax.

He said for the foreseeable future he will continue to head to his girlfriend’s home when the walls of his house begin to shake.