Marpole: The neighbourhood at a glance

Bounded by Angus Drive and Ontario Street and West 57th and the Fraser River, Marpole encompasses 1,386 acres and is one of Vancouver’s oldest neighbourhoods.
Mar 14, 2014 9:32 AM By: Naoibh O'connor 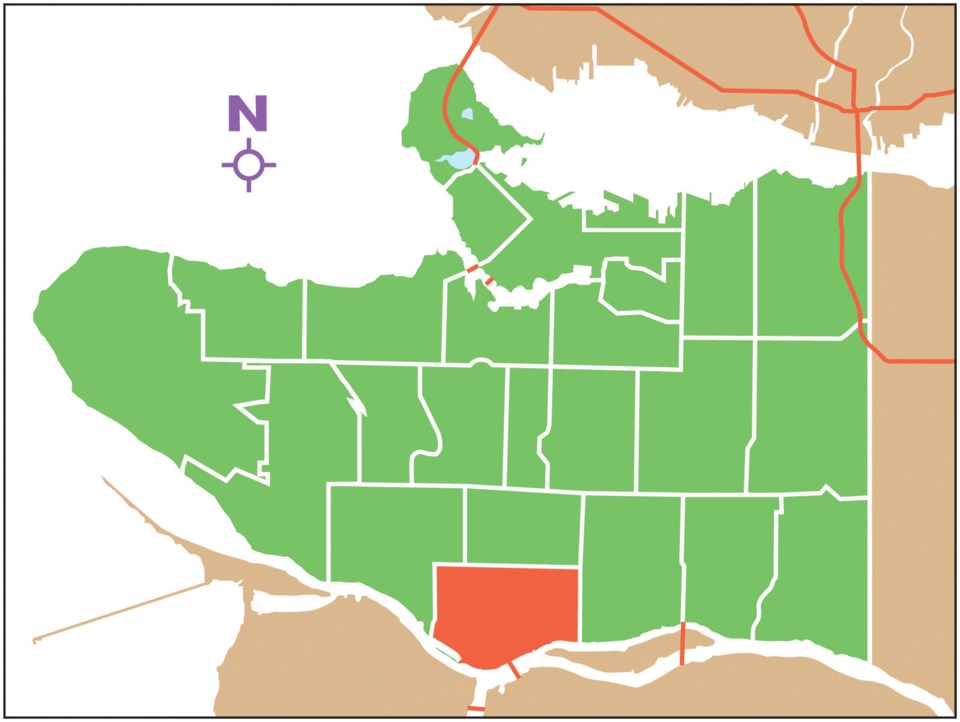 Bounded by Angus Drive and Ontario Street and West 57th and the Fraser River, Marpole encompasses 1,386 acres and is one of Vancouver’s oldest
neighbourhoods.

The Marpole Midden, a recognized ancestral Musqueam village dating back 4,000 years, is located near the north end of Arthur Laing Bridge. It became a Canadian heritage site in the 1930s.

Known as Eburne Station in the 1860s, Marpole was renamed after Richard Marpole in 1916. The community joined Vancouver in 1929.

More than 23,800 people live in the area, which acts as a gateway into Vancouver for visitors flying in through the international airport in Richmond.

It’s home to 11 parks, although some need upgrading and improvement and there’s a lack of greenspace in the apartment area south of 70th Avenue.

Only 25 per cent of Marpole’s waterfront is publicly accessible.

It’s one of the few West Side neighbourhoods that’s considered relatively affordable in terms of rents and condo prices, but single-family homes are still priced into the millions — even teardowns.

Its population turned feisty when the City of Vancouver released details of the draft Marpole Community Plan last year.

The plan will guide growth and change in the neighbourhood over the next 30 years.

Residents fought the city over a thin-street proposal, which it quickly abandoned, as well as proposed rezoning of some single-family areas to allow stacked townhouses and low-rise apartment buildings.

The city backed down and a revised plan focuses growth along or near major streets where transit stops and services are available.

Council votes on the plan this spring, but “Stop Marpole Rezoning” signs still dot the neighbourhood.

Growth and change, which promises to attract a younger, hipper demographic, is nonetheless well underway in locations such as the new Safeway development at 70th and Granville, which is partially completed, and at Cambie and Marine Drive where construction has started on the massive Marine Gateway development known as MC².