Meet an African refugee on his way to becoming a Canadian

Asylum seeker left behind five teenaged children when he fled his country six months ago
Apr 27, 2017 2:44 PM By: Mike Howell 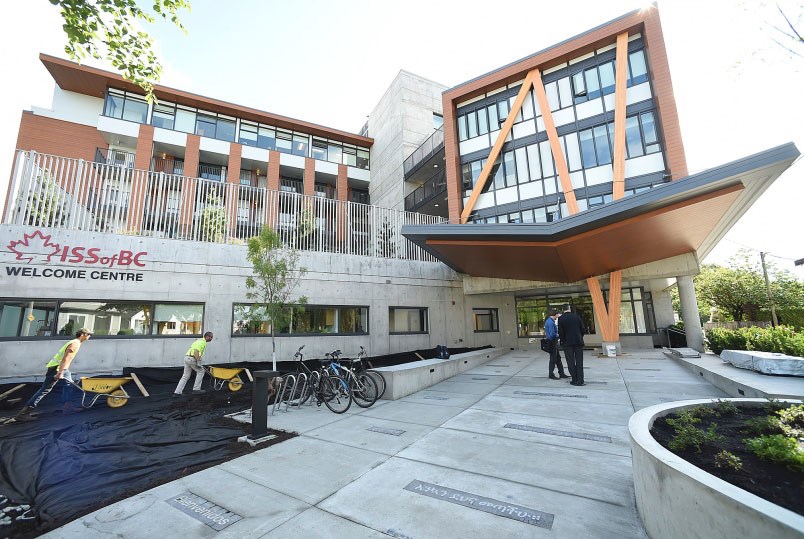 An East African refugee who's receiving assistance from Immigration Services Society of BC shared his story with local leaders to highlight the stresses on immigration agencies.Dan Toulgoet

Some day, James* says, he will share his story about leaving his teenaged children behind in East Africa to seek asylum in Canada.

When he’s ready, he will provide details of how he ended up in Vancouver in November, how he was persecuted and how his refugee claim was accepted in March.

The Courier is using a pseudonym to protect James from repercussions that could come to his family. He has an emotional story to tell and normally breaks down in tears when talking about his journey.

But he held it together long enough Wednesday to deliver a speech to reporters, Mayor Gregor Robertson and representatives of agencies who helped him settle in his newly adopted country.

James kept his comments ambiguous about his journey, but specific to the plight of refugee claimants, with some 400 arriving in B.C. over the first three months of this year, with Iraq, Afghanistan, Iran and Mexico being the top source countries.

“You can imagine me as representing needy refugees from all over the world,” he said from a lectern in a room at the Immigrant Services Society of B.C.’s Welcome Centre on Victoria Drive.

He went on to talk about the reality of a person touching down at Vancouver International Airport for the first time, with nothing but a small piece of luggage and no idea what was in store in the days ahead.

That person, he continued, may have fled their homeland because of torture, or war, or standing up for human rights, or being persecuted for their sexual orientation, or escaping a natural calamity.

That person’s language may be a barrier to communicating with people in a new country and connecting with the culture. Imagine that same person feeling depressed, stressed and lost, with no money or job, he said.

“In fact that person is not just an imaginary human being, but me — myself — standing in front of you,” he said, before stressing the importance of settlement agencies in helping refugee claimants adjust to a new life in Canada.

He was referring to the agencies represented in the room, including the Inland Refugee Society, Settlement Orientation Services, Vancouver Association for Survivors of Torture, Kinbrace Community Society and the Immigrant Services Society of B.C.

Reporters heard how the agencies have small budgets and minimal staff to respond to people such as James. Finding housing for claimants, connecting them with health care, providing language classes and preparing them for refugee hearings are some of the services they offer.

The mayor was there to announce $181,220 in funding for the agencies, which were grateful for the money but talked of the daily struggle of being overwhelmed by the number of claimants who need support.

Chris Friesen, director of settlement services of the Immigrant Services Society of B.C., made a plea the public to assist with offering housing or cash donations to ease the load on agencies, which are seeing an uptick in claimants.

“We’re hoping that Vancouverites will continue to respond in creative ways to help us meet the most urgent needs of people like James, who arrived in November of 2016 without his family, without financial resources,” Friesen said.

“The other challenge that needs to be highlighted is the fact that in this province we have not had income assistance rates increases in a decade. This also includes hardship allowance rates that refugee claimants receive, as well.”

Statistics released Wednesday show 725 people made refugee claims in B.C. in 2016, an increase from 459 in 205 and 490 in 2014. Friesen said about 80 per cent of claimants arrive in the province by walking across the Canada-U.S. border at Peace Arch Park.

Mario Ayala, executive director of the Inland Refugee Society, said the agency has an annual budget of $180,000 but gives services closer to $600,000. Ayala said housing is difficult to find for claimants at the best of times but more pronounced in a region of high-priced accommodation. The agency relies on churches, shelters and residents to offer essentially free temporary housing while claimants get settled.

“Can you imagine a person coming here without money, no references, no job and trying to find a place?” he said, noting the society found housing for 684 people in the last year, more than double the number of people housed three years ago.

In the first three months of the year, the group of agencies assisted 284 claimants from more than a dozen countries. Most of the agencies operate out of the Welcome Centre, which is a regional service hub that opened in June 2016. The building has 18 self-contained apartments (with shared laundry) that can house 130 people, a health clinic, a pre-school, a playground and a drop-in centre for young people.

For James, who implored the mayor to continue to raise concerns of refugees, he is focused on applying to become a permanent resident of Canada. In the meantime, he said, he will rely on the agencies and people who helped him with his physical and mental health.

“I am now a different person, I am now a transformed person but I am also still a needy person,” he said. “I, who stands in front of you, represent thousands of lives who have been transformed from hopelessness to hopefulness.”

He closed with a quote from Martin Luther King to show his gratitude to the agencies and a reminder of how people who can help, should help.

“The time is always right to do the right thing.”

* This story was edited on May 5 to provide James with a pseudonym.