NDP candidate will be first indigenous woman to serve in legislature
Feb 2, 2016 8:57 PM By: Mike Howell 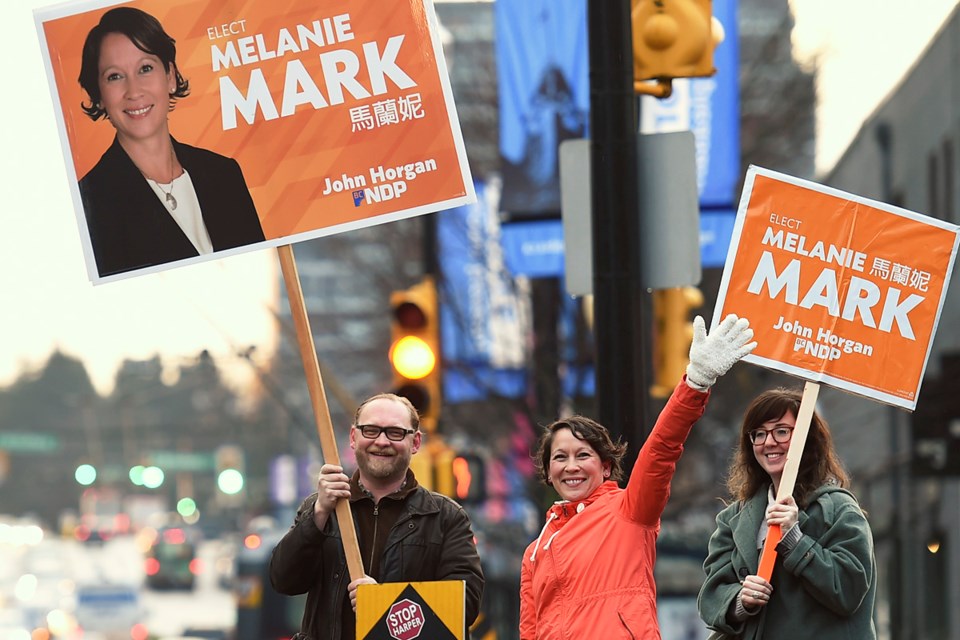 The NDP’s Melanie Mark is Vancouver-Mount Pleasant’s new MLA and will become the first indigenous woman to serve in the B.C. legislature.

“I’ve never worked so hard to get a job,” Mark told the Courier during the campaign.

Mark campaigned on making the riding more affordable and called for measures to protect the community’s most vulnerable children and adults. The riding, which includes the Downtown Eastside, is believed to be the poorest in B.C.

Mark’s aboriginal heritage is a mix of Cree, Ojibway, Gitxsan and Nisga’a. She was born in Vancouver and raised in various social housing buildings on the East Side. During the campaign, she talked about a childhood in which she was exposed to domestic violence and drug abuse by her parents; her father died of a drug overdose when she was 23 and her mother, who has battled addictions, has been sober for 10 years and played a part in Mark’s campaign.

The NDP has held the riding -- in its various forms -- for more than 80 years but the seat was left vacant when Jenny Kwan resigned to run successfully for MP in Vancouver-East in last fall’s federal election.