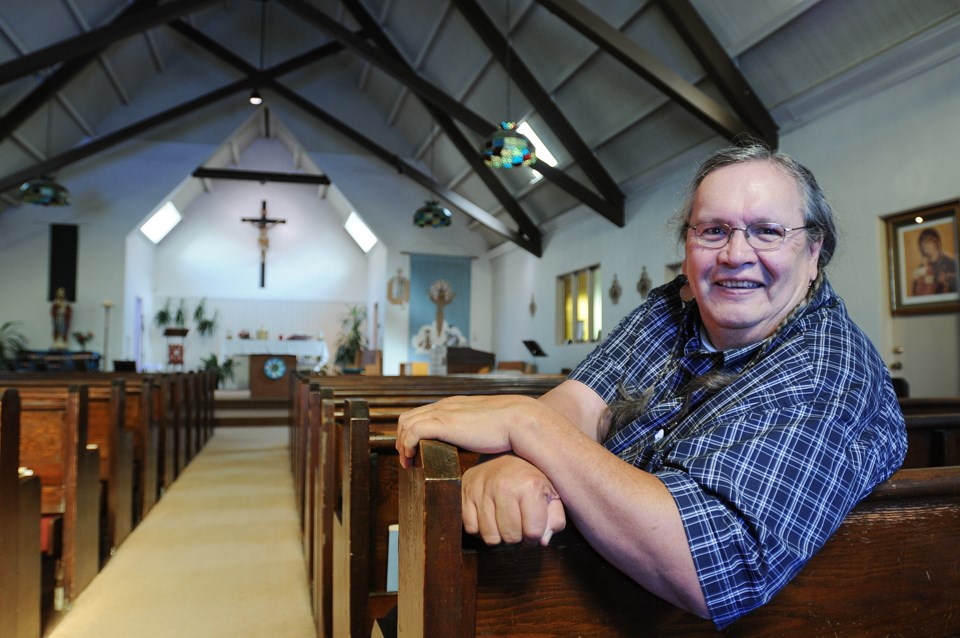 Father Garry LaBoucane accepted the post as pastor at the Sacred Heart parish in the Downtown Eastside because, as a member of the Oblates of Mary Immaculate, he’s meant to focus on poverty and community.Dan Toulgoet

Many Canadians know students of Indian residential schools experienced terrible abuse, but the institutions weren’t a living hell for everyone.

At Sister Elizabeth Kelliher’s memorial at St. Paul’s Catholic Church on East Cordova last month, one mourner confided she respects the sisters “because they looked after us in residential school. They left their families, they became a nun and they came all the way into the wilderness to take care of us.”

It’s not a commonly heard view.

But Father Garry LaBoucane, a Métis priest who started Aug. 15 as pastor of the Sacred Heart parish, which includes two Catholic churches and a native centre, says he’s heard stories both happy and horrendous from former students of residential schools.

“It’s not just black and white,” the 65-year-old said, noting former students, particularly of his generation who cope with painful memories sometimes don’t want to hear the positive stories.

LaBoucane has witnessed how healing Truth and Reconciliation Commission of Canada events can be. He attended its events in Inuvik, N.W.T.

He said the justice portion speaks to Canada’s history of residential schools.

“And what significance does that have for the people who went to [residential] school as well as for all Canadians?” he said.

“It’s about listening and it’s about the truth. Everybody has a part of the truth, so it’s to put all the parts of the truth together and make sense of this, which won’t happen right away.”

LaBoucane is attending reconciliation events in Vancouver this week, including those organized and promoted by the Catholic archdiocese.

Indian residential schools operated in Canada from 1870 to 1996. More than 150,000 aboriginal, Métis and Inuit children were placed in residential schools, often against their parents’ wishes, according to the non-profit project Reconciliation Canada. Many were forbidden to speak their language and denied their culture. The impact of residential schools has affected generations of First Nations people.

LaBoucane, who was born in Alberta but grew up in Kimberley, B.C. says the area’s priest and nuns were kind to him. He was an altar boy and the priest acted as a second father.

LaBoucane, who Tuesday wore bear claw earrings dangling from his lobes, two salt and pepper braids hanging from his head and a large crucifix atop his plaid shirt, said his presence appears to comfort aboriginal churchgoers in Vancouver.

LaBoucane accepted the post as pastor because, as a member of the Oblates of Mary Immaculate, he’s meant to focus on poverty and community.

LaBoucane has felt encouraged by seeing religious and non-religious community members collaborating to solve social problems in Vancouver, impressed at how harmoniously people of different cultures appear to get along and at the respect he’s seen given to obviously mentally ill people on the streets.

LaBoucane made a call to a nun at the start of the Courier’s visit Tuesday afternoon.

“You are a real Roman Catholic,” he told her. “You’re roaming all over the place.”

That’s what he’s enjoying in Vancouver so far, he said from his office on Campbell Avenue that provides a leafy view to East Pender Street, connecting with the community.

Truth and Reconciliation Commission events are free and open to the public. Go to trc.ca for details. For more information about the Reconciliation Walk this Sunday, go to reconciliationcanada.ca.