Insights West poll reveals 71 per cent of poll respondents believe the plan will benefit developers only
Nov 5, 2015 11:51 AM By: Jen St. Denis 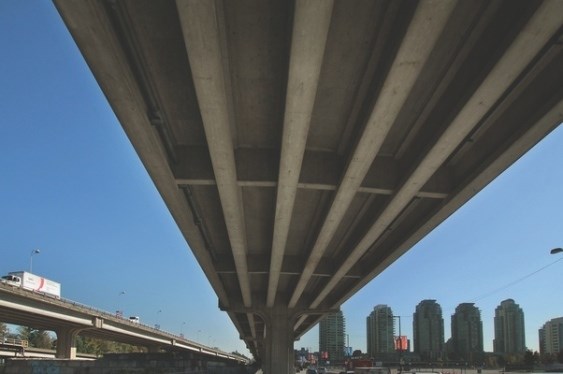 Vancouver city council has decided to go ahead with a plan to remove the Georgia and Dunsmuir Street viaducts . Photo Rob Kruyt

Support for removing Vancouver’s Dunsmuir and Georgia Street viaducts is tepid, with Metro Vancouver residents overwhelmingly of the view the decision only benefits developers, according to an Insights West poll released November 5.

Last week, Vancouver city council voted to take the viaducts down and proceed with a plan to create a new arterial roadway, a new park and allow the area to be extensively developed. City staff expect all of the $200 million cost of the project can be covered by development fees.

While the city’s plan makes mention of affordable housing, there are few specifics. Poll respondents were highly suspicious that affordable housing would materialize, with 85 per cent expressing doubt, and 71 per cent saying the decision only benefits developers and not average residents.

The project’s high price tag was also a sticking point: 75 per cent of poll respondents said they would like to see Vancouver city council consider the costs and benefits of other options, such as rehabilitating the viaducts, while 68 per cent thought the money could be better spent elsewhere.

Insights West’s online poll of 547 Metro Vancouver residents was conducted from October 30 to November 2 and has a margin of error of plus or minus 4.2 percentage points.