Milan Lucic “wouldn’t rule out” playing for the Canucks; can someone else rule it out please?

Three years ago, Jim Benning and the Canucks wanted Milan Lucic and they wanted him bad. Lucic, however, responded like Club Kuru and simply said, “I don’t feel the same for you.” Now, however, Lucic’s feelings have changed.
May 2, 2019 12:59 PM By: Daniel Wagner 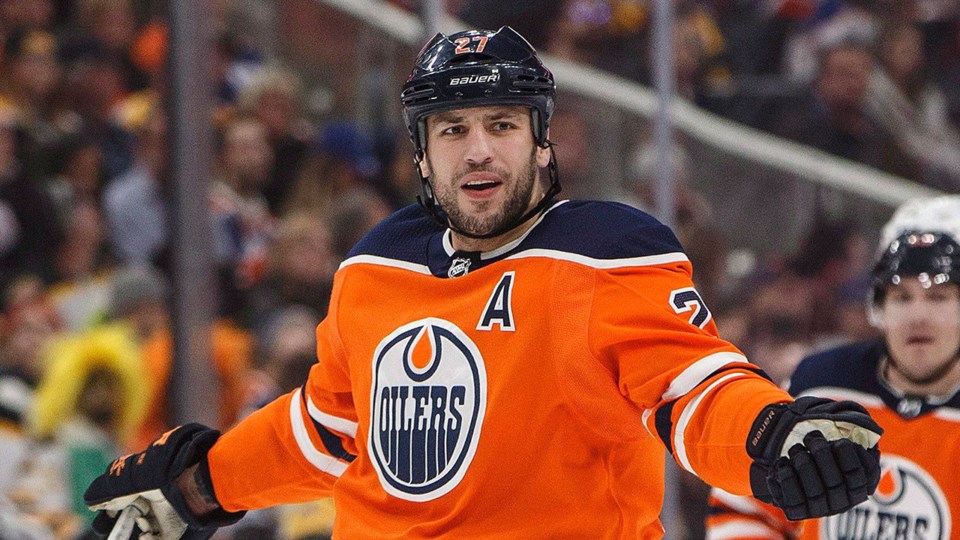 Three years ago, Jim Benning and the Canucks wanted Milan Lucic and they wanted him bad. Lucic, however, responded like Club Kuru and simply said, “I don’t feel the same for you.”

Now, however, Lucic’s feelings have changed. During an appearance on Sportsnet 650, Lucic was asked by James Cybulski if he could “see a day where [he] could finish [his] career here in Vancouver.”

“That’s definitely something I wouldn’t rule out,” responded Lucic. “It’s obviously something that potentially could happen.”

Let’s back up for a moment. Lucic’s roots in Vancouver go back a long time. Lucic was born in East Vancouver, but his connection with the Canucks goes back even further. His uncle, Dan Kesa, was a fifth-round draft pick of the Canucks back in 1991 and he played 19 games with the Canucks during the 1993-94 season, tallying six points.

Lucic was just five years old during that season; imagine the impact of seeing your uncle playing for your hometown team. Not just any team, but the 1993-94 Canucks that went to the Stanley Cup Final, even if Kesa played just 19 regular season games.

“My uncle...brought us to the dressing room and I remember — every Vancouver kid loved Pavel Bure — we got to meet him and Gino Odjick and that whole crew,” said Lucic while with the Kings. “So that was the first big-time hockey player that we got to meet.”

It’s understandable, then, that playing for the Canucks would have been Lucic’s childhood dream.

“I remember doing an interview back in ’07 before the Mem Cup and I said it would always be a dream of mine to some day play for the Canucks,” said Lucic. “You still have that kid inside of you. You still have that dream of playing for your hometown team. And like I said you never know what the future has in store and what potentially can happen.”

It wasn’t to be, however. The Canucks didn’t draft Lucic, even though he was playing in their backyard with the Vancouver Giants. To be fair to the Canucks, Lucic had just 19 points in 62 WHL games in his draft year and the Boston Bruins took a big gamble drafting him in the second round. No one could foresee just how successful he would be in the NHL.

Canucks fans, of course, are well aware of how dominant Lucic became. His best season was in 2010-11 — his only 30-goal season — and he had a big impact in the Bruins’ Stanley Cup win over the Canucks. He had two goals and an assist in the Finals, but was also a physical force.

So, when Lucic became an unrestricted free agent years later, two general managers who were with him at his peak battled over signing him: former Bruins GM Peter Chiarelli and former Bruins Assistant GM Jim Benning.

Benning chased Lucic hard. He wanted the big power forward to play with the Sedins as part of his plan for a quick turnaround after finishing second-last in the Western Conference in 2015-16.


“Yeah, he’d be a guy we’d have interest in,” said Benning heading into free agency. “He’s from Vancouver. He’s been a good player in the league for a long time. He’s a unique player, a power forward, so we would definitely have interest in him.”

Benning and Francesco Aquilini met with Lucic prior to July 1st, 2016, wining and dining him at the Blue Water Cafe. While there, they ran into Mayor Gregor Robertson by “chance.” Their wooing efforts were combined with the opportunity to play with the Sedins for his hometown team and for a hefty sum of money.

He chose the Edmonton Oilers.

It’s understandable. The Canucks could offer ice time with the aging, declining Sedins; the Oilers could offer Connor McDavid. The Canucks supposedly offered six years; the Oilers offered seven. And perhaps the shine of playing in his hometown had worn off after Canucks fans vandalized a church attended by his family, harrassed his family during the 2011 Stanley Cup Finals, and got into a fight with him at a nightclub in 2013.

“I have no reason left to try and defend my city, and the people of my city,” said Lucic at the time. “I’m done trying to defend the city I’m from. I’m disgusted and outraged that it had to come to that. Other than being at Rogers Arena, no one will ever see me in downtown Vancouver ever again.”

Should the Canucks entertain the idea of bringing Lucic home to Vancouver?

No. No, they should not.

The truth is that the Oilers rescued the Canucks by signing him to a seven-year, $42 million deal. As was predicted by some analysts, Lucic’s play quickly declined after signing in Edmonton. While he scored 23 goals and 50 points in the first year of his contract, he had just 34 points in his second year, and fell to just six goals and 20 points last season. Lucic’s style of play has a tendency to age poorly.

“Things haven’t gone that well for me here with the Oilers,” said Lucic on Sportsnet 650. “Especially the last year and a half. So a new GM, new coach — which haven’t even been named yet — coming in, you don’t even know what their plan is moving forward.”

Lucic’s contract is arguably the worst in the NHL. Yes, even worse than what the Canucks gave Loui Eriksson after being rescued from Lucic. Lucic has four years left at $6 million per year and just had a career low in both goals and points.

What makes it even worse is that Lucic’s contract has put the Oilers in some serious salary cap trouble. The Oilers finished just over $350,000 under the salary cap last season according to Cap Friendly, which was the fourth-lowest cap space in the league. To finish second-last in the West with one of the highest payrolls in the NHL is quite the accomplishment.

There’s no relief on the way either. The biggest contract coming off the books for next season is Tobias Rieder’s $2 million deal, which is wiped out by the $2 million raise given to goaltender Mikko Koskinen.

The Oilers would love to lose Lucic and create some cap space to upgrade the rest of their lineup. A buyout isn’t really an option, as the structure of the deal (much like Eriksson’s) is heavy in signing bonuses that have to be paid and count against the cap. A trade would be preferable, but who would be willing to take on that boat anchor of a contract without sending back a boat anchor of their own?

The Canucks definitely shouldn’t. While they have cap space to spare and could look to leverage that cap space to take on bad contracts in exchange for prospects and/or picks, the length of Lucic’s deal should make that a non-starter.

Lucic’s game has declined to the point that he was a fourth-liner on one of the worst teams in the Western Conference. His contract is an albatross that would potentially cause salary cap problems after the Canucks re-sign the likes of Brock Boeser, Elias Pettersson, and Quinn Hughes. The Canucks should not be interested in Lucic at all, even if Lucic is interested in them.

“I think the Canucks right now are a very exciting team,” he added. “I love what Jim’s done as far as building the team within through the draft and developing players. He’s done a great job of that. I think Travis [Green] has done a really good job as well from a coaching standpoint. Like I said, it’s an exciting team and it’s a growing team and you never know what the future has in store for you.”

The other possibility, of course, is Lucic signing in Vancouver after his current contract expires. At that point, he’ll be 35 and just as likely to retire as sign another NHL contract. Despite what Benning said about teams winning with 26-35 year olds, the truth is that players 35 and older are becoming more and more of a rarity in the NHL.

Just 24 of the 906 skaters to play in the NHL this season were 35 or older at the start of the season. There were more players under 20 to start this season than over 35. Lucic's phystical style and declining play gives him low odds to become one of the few that continues playing in the NHL past 35.