In a Facebook post shared Wednesday night, Roseanne Supernault says she and her nephew are safe
Jan 17, 2019 3:32 PM By: Tereza Verenca 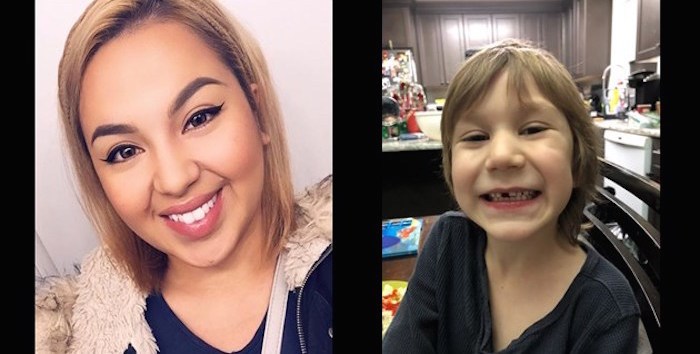 A Canadian actress who was declared by the Kamloops RCMP as missing this week has taken to social media to tell her side of the story.

On Tuesday (Jan. 15), Kamloops Mounties issued a "request to locate." The local detachment said it had received a report to check the well-being of six-year-old Nikaeo Supernault, who was reportedly being looked after by his aunt. Police said the pair had not been in contact with Nikaeo's mother since Jan. 13, and asked Supernault to make contact with RCMP or the mother "to discuss the situation."

"Contrary to the media coverage, I was not 'watching' my nephew, I have in fact been raising him for the last seven months, and I have documentation to substantiate it," Supernault writes in her Facebook post. "It is clear to me that the Kamloops RCMP were being misinformed."

Supernault says she and Nikaeo went into hiding after he confided "seriously distressing allegations."

"Over the holidays my nephew and I were visiting his mother and her in-laws in Kamloops, and each day the environment became more hostile. I was in a constant state of vigilance as I protected my nephew from various forms of abuse. I myself even felt abused in this environment and it was nothing compared to the violence inflicted upon my nephew."

The 28-year-old adds she has made contact with Kamloops RCMP, noting "I think it's best for authorities and professionals to investigate and conclude the allegations made by my nephew."

In an emailed statement, Staff Sgt. Victor Steinhammer says on Jan. 16 police did make contact with "the person whom they believe to be Roseanne Supernault and Nikaeo Supernault."

He adds after the discussion with the Kamloops RCMP, Supernault posted on social media that due to the conversation she and Nikaeo were no longer missing.

"Kamloops RCMP wish to advise that until Nikaeo Supernault has been located and confirmed to be safe by the authorities, our investigation will continue and he and Roseanne will remain listed as missing," reads the email from Steinhammer.