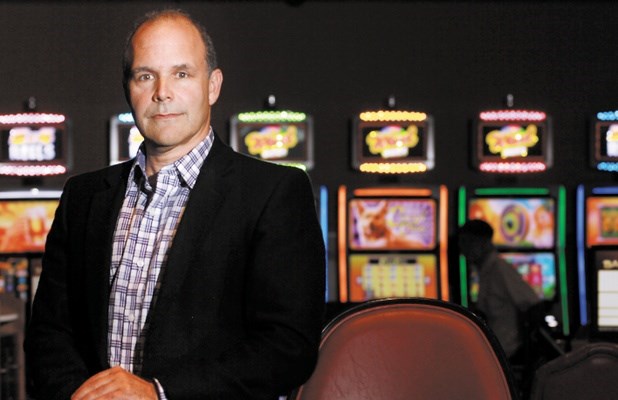 Critics were quick to accuse casino operators of allowing money laundering last month when the British Columbia Lottery Corp. (BCLC) announced that table limits as high as $100,000 per hand helped it reap a $1.25 billion annual profit.

After all, courting high rollers from China , and offering them special VIP rooms with high table limits, is what Great Canadian Gaming (GCG) (TSX:GC) CEO Rod Baker has said is part of his strategy to raise revenue at venues such as Richmond’s River Rock Casino.

Money laundering, however, does not happen at GCG’s facilities, according to GCG vice-president of corporate security and compliance Robert Kroeker.

He showed River Rock Casino’s surveillance room to Business in Vancouver as part of a tour where he pointed to cameras that would take photos of people who attempt any transaction deemed suspicious.

About half a dozen workers busily scan dozens of screens in the surveillance room, which is less than 600 square feet. GCG requires any close friendships between surveillance room staff and croupiers to be disclosed as a way to prevent collusion and cheating.

Otherwise, strict safeguards ensure that all money wagered at casinos is trackable.

“If you wanted to launder money and be anonymous, that simply isn’t going to happen to you,” Kroeker said.

He sketched out a commonly suggested scenario of money laundering that cannot happen at his casino: a person buys $1 million worth of chips using “dirty” money derived from crime. The person then, after some gambling, cashes out and gets a cheque for money that appears to come from gambling winnings.

“When you come in with your $1 million, whether it’s a certified cheque, a bank draft or cash, we do and are required by law to fully identify you,” he said.

The GCG cashier fills out large-cash-transaction reports for anything more than $10,000 and includes the customer’s identification before filing the form with the Financial Transactions and Reports Analysis Centre of Canada, better known by its acronym Fintrac.

If the gambler plays for just a short amount of time and then attempts to leave with a fresh cheque from GCG, the cashier would fill out a separate suspicious-transaction report and file that with Fintrac.

Fintrac staff bundle together multiple examples of suspicious activity involving the same person, or people who appear to be the same person based on photos taken at casinos, spokeswoman Renee Bercier told BIV.

Last year, Fintrac filed 1,260 of these bundles with police countrywide, although Bercier could not say how many came from casinos, compared with financial institutions or precious-metal dealers.

But gambling critic and Vancouver Not Vegas spokeswoman Sandy Garossino said the safeguards are ineffective.

“Everybody is ticking boxes on forms and saying, ‘I did this,’ or ‘I did that,’” Garossino said. “The problem is that I don’t think there’s any investigation going on as a follow-up to these reports because there’s no enforcement.

One conviction was obtained in each of 2013 and 2014, although MacKenzie would not reveal more about those cases.

He said that police urge the Crown to lay charges for money laundering only about three or four times per year.

There is an Integrated Proceeds of Crime (IPOC) unit, which includes RCMP and other police forces, but RCMP spokeswoman Janelle Shoihet would not speculate on why police urge charges for money laundering so infrequently.

Duhaime Law manager and lawyer Christine Duhaime, who specializes in money laundering cases, said one stumbling block in weeding out dirty money coming out of China is a lack of information sharing between the Canadian and Chinese governments.

Beijing allows Chinese citizens to carry a maximum of $50,000 each out of the country per year. Canada, however, has no restriction on the amount of money that a person can carry into the country, as long as they declare that amount. The Canadian government also does not share information with Beijing when large sums of money are brought into Canada from overseas, Duhaime said.