Donations are needed to help care for the hundreds of orphaned baby animals in B.C. during spring
May 18, 2019 8:45 AM By: Elisia Seeber 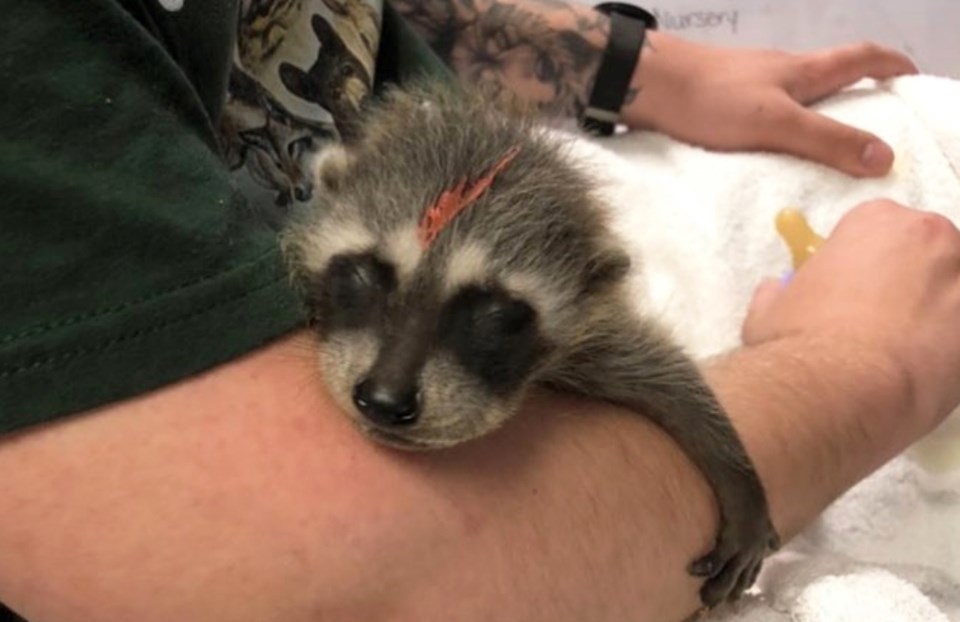 Every raccoon is given a colour for easy recognition.Critter Care Wildlife Society

It’s springtime and that means baby animal season is in full swing in British Columbia, and one not for profit organization is overflowing with cute critters.

More than 500 baby animals have already been rescued and taken into care at Critter Care Wildlife Society – an animal centre in Langley that provides care and rehabilitation to mammal species native to B.C.

“We are almost approaching the middle of our baby season,” Wagstaffe said.

“For the same time last year we are up by 150 baby animals.”

The centre has already released about 300 animals and is currently caring for just over 200 babies.

Included in the count is an adorable bear cub, named Bubbles, who was found alone in Maple Ridge, more than 60 baby raccoons and 80 baby squirrels (60 squirrels have already been released).

There are also eastern cottontail bunnies and opossums being nurtured.

But it’s far from over yet. From late May to June, the centre expects to see an influx of baby skunks, fawns, coyotes, otters and beavers. Plus, even more squirrels – these busy critters have two breeding seasons during the year.

Wagstaffe said all the animals were orphaned or injured when they come into the centre. He said more often than not human animal conflict was the reason behind why the critters wound up at the centre.

“Whether that be the mother was hit by a car, trapped or poisoned or sometimes the mothers are relocated without the person knowing there are babies nearby,” Wagstaffe explained.

A post shared by Critter Care Wildlife Society (@critter_care_wildlife) on May 6, 2019 at 4:19pm PDT

There are more than 30 volunteers, part-time and full-time, helping to care for the baby animals around the clock.

Wagstaffe said it took a lot of organization to care for all the critters, but the most important factor was having a hefty supply of milk formula.

“We rely on donations from the public to go and purchase these things to help the wildlife or else they wouldn’t have a second chance at life,” he said.

A post shared by Critter Care Wildlife Society (@critter_care_wildlife) on May 9, 2019 at 6:38pm PDT

While caring for the baby animals is a lot of work, Wagstaffe said it was also enjoyable.

“It’s bittersweet. I get to work with these amazing animals and help them, but sometimes they come in from cruel cases and it can be quite sad,” he said.

“It is very rewarding when you get to see the animals released back into the wild where they are supposed to be.”

The centre is expected to be “absolutely packed” with baby critters up until September.

Wagstaffe said any donations from the public would be greatly appreciated.