The number of people in Vancouver using public transit on their daily commute is on the rise, and increasing faster than any other major metropolitan area in the country.
Nov 29, 2017 2:11 PM By: Jessica Kerr 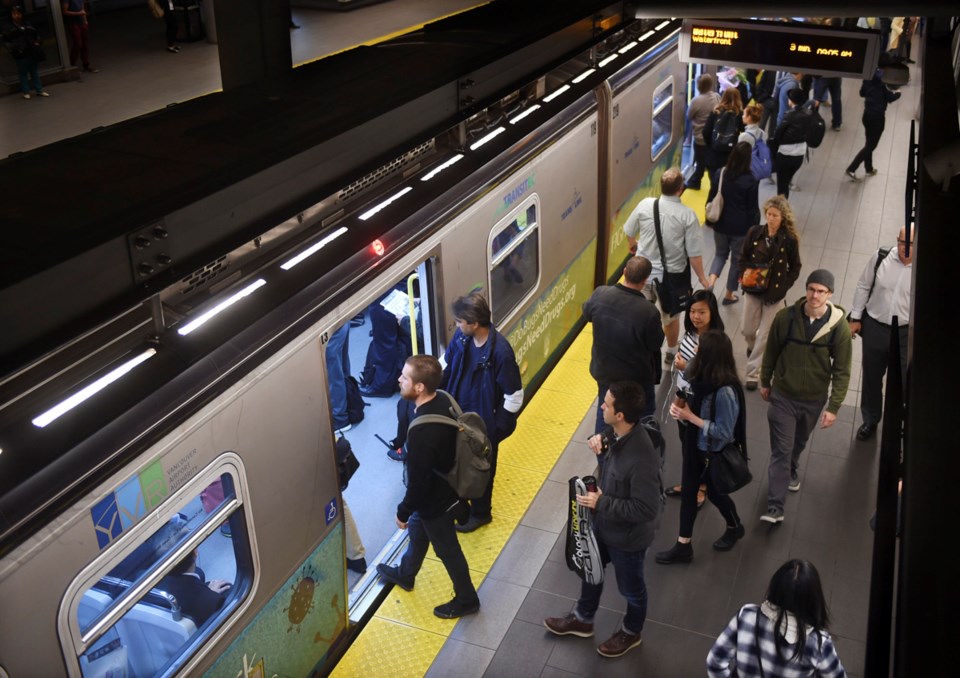 The number of people in Vancouver using public transit on their daily commute is on the rise, and increasing faster than any other major metropolitan area in the country.

According to census data released today, the proportion of people using public transit to get to and from work has been rising, slowly but steadily, over the last 20 years — Statistics Canada first starting collecting that information in 1996. That year, 10.1 per cent of Canadians commuted on public transit. In 2016, that number was 12.4 per cent. In terms of the actual number of commuters, there was an additional 734,350 public transit commuters over the last two decades — an increase of 59.5 per cent.

The data also shows the rate of people commuting on public transit is increasing at a faster rate than the overall number of commuters, which has increased by 30.3 per cent since 1996.

According to Statistics Canada, part of the increased rate of use in the city is due to expansion of services in recent years. Between 2002 and 2009, Metro Vancouver saw two major expansions to the SkyTrain system, adding 53 additional kilometres of track, and 250 buses were added to the fleet between 2005 and 2009.

In 2016, nearly one third, 31.4 per cent, of employed Canadians regularly used a mode of sustainable transportation to get to work — with 12.4 per cent using public transit, 12.1 per cent carpooling and 6.9 per cent walking or cycling to work.

The average commuting time went up by more than a minute in both Vancouver and Toronto. However, Vancouver still has the shortest average commute of Canada’s three largest cities at 29.7 minutes compared to 30 minutes in Montreal and 34 minutes in Toronto.