The Nash Family Court was unveiled on Saturday morning and it is pretty cool
Sep 29, 2018 10:53 AM By: Elisia Seeber 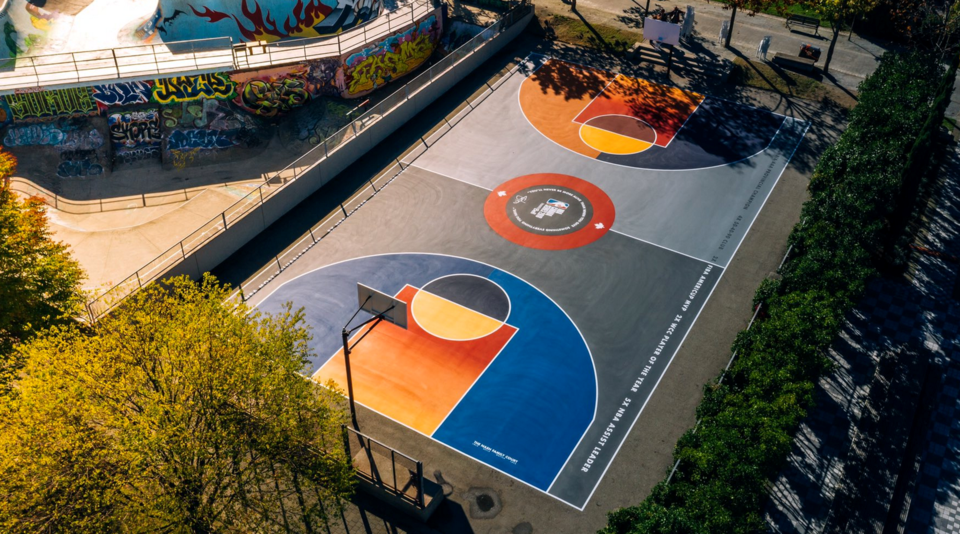 There's a flashy new outdoor basketball court at the PNE grounds and it's named after Canada's favourite basketball player.

NBA legend Steve Nash was back in Vancouver today as part of the 2018 NBA Canada Series and the unveiling of the Nash Family Court.

The newly refurbished basketball court was unveiled on Saturday morning in honour of the two-time NBA MVP basketball player's induction into the Naismith Memorial Basketball Hall of Fame. It pays homage to his career and his impact on the sport.

And it is pretty cool.

Introducing The Nash Family Court at PNE Grounds in Vancouver, BC!

After the announcement, about 30 lucky students took to the court for a basketball clinic.

Fun Fact: 300 gallons of paint were used in the completion of The Nash Family court! #NBACanadaSeries pic.twitter.com/D161nBQKSJ

Later today a huge crowd is expected to pack Rogers Arena when the Toronto Raptors and Portland Trail Blazers play off in a pre-season game as part of the Canada Series.

On another basketball note, Foot Locker Canada teamed up with NBA Canada and Vancouver Basketball and they're giving away free basketballs in a bid to grow the game.

You can go pick one up the at The Vancouver Art Gallery and go shoot some hoops.

We’ve teamed up with @nbacanada & the @VancouverBball community to grow the game. Love Hoops? In Vancouver today? Hustle over to The Vancouver Art Gallery for a free basketball and enjoy game day today! #NBACrossover pic.twitter.com/t3RCp2jpOD