What happened: A new 58-bed subsidized modular housing project in for the homeless is now open in Vancouver.
Mar 24, 2020 11:39 AM By: Nelson Bennett 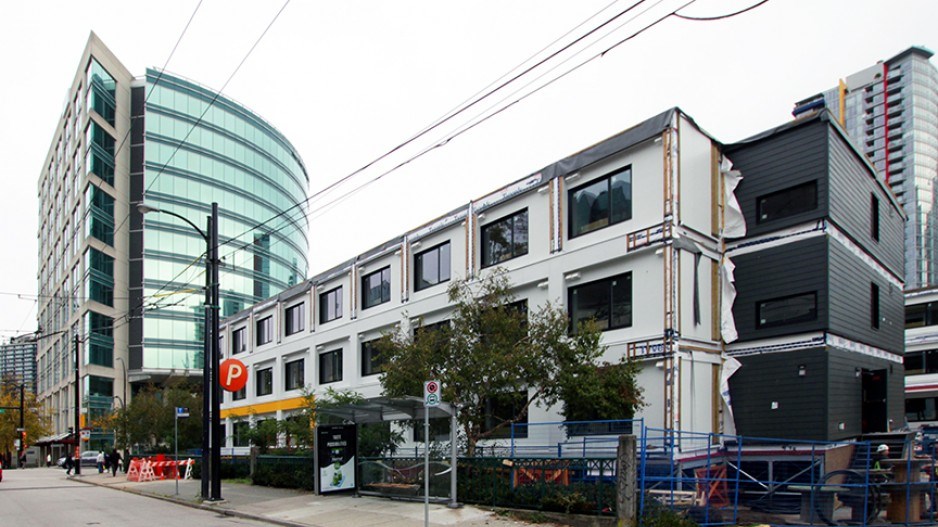 The province is using modular housing like this one to house the homeless. Photo Rob Kruyt/Business in Vancouver

What happened: A new 58-bed subsidized modular housing project in for the homeless is now open in Vancouver.

Why it matters: Addressing the homeless crisis in Vancouver has been a priority for the NDP government and City of Vancouver ­– a problem that has become particularly acute during the COVID-19 pandemic, due to the difficulty of keeping people living on the streets and in encampments like Oppenheimer Park isolated from each other and front-line workers.

"Everyone deserves a safe and secure place to call home," Municipal Affairs and Housing Minister Selina Robinson said in a press release. "We are taking urgent action with our partners because when people have housing, the entire community benefits."

The project was built with $8.4 million in capital funding from the province, $3.5 million from the federal government, and a land donation from the City of Vancouver. The province will provide an annual operating subsidy of $878,500.

The new three-storey modular building has 58 units, each of which has a private washroom and min-kitchen. It also provides a commercial kitchen, communal dining, laundry and medical examination rooms.

The new facility will be operated by the non-profit organization Community Builders. Residents will receive a variety of support services, including life and employment skills training. At least two staff members will be on site around the clock. Priority will be given to people living on the street.

Meanwhile, to deal with the current COVID-19 crisis, 238 beds temporary beds opened for the winter period will remain open in operation during the current pandemic.