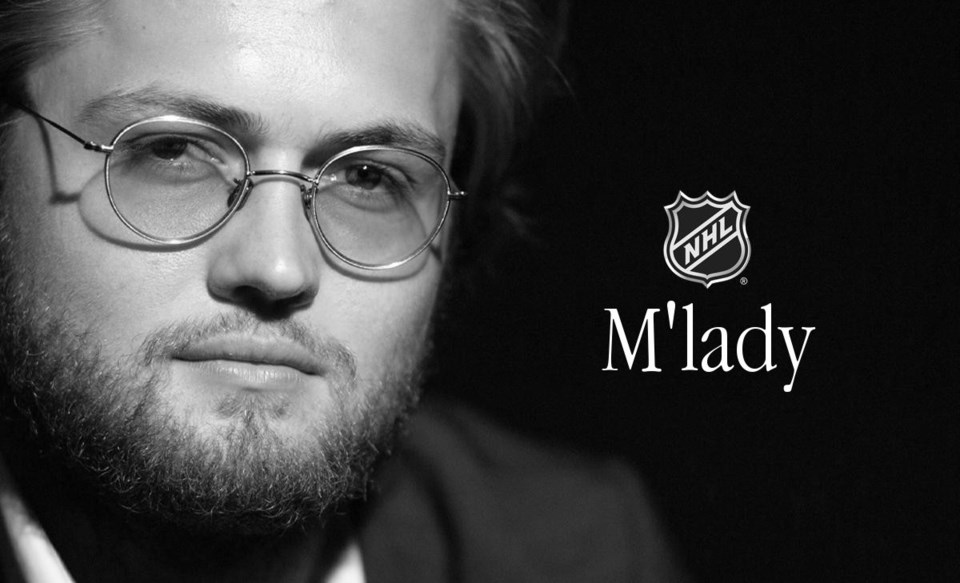 The NHL doesn’t know how to market itself. At this point it’s nearly a truism, to which the aging audience of the league attests.

The problems are clear: hockey culture has a tendency to stunt individuality and squash its biggest personalities. There are even uglier sides to hockey culture, including racism, sexism, and homophobia. Those are all obstacles in the path of attracting a larger audience to the game, but not insurmountable ones. They just require a thoughtful, creative approach to the marketing of the game, particularly on social media channels inhabited by the younger audience that they want to attract.

Instead, the league ran a series of tone-deaf ads on Instagram that had the potential to alienate a large swathe of their potential audience.

The ads were for their streaming app, NHL.TV, and emphasized what you get — hockey — by pointing out what you don’t get — television programming traditionally associated with a female audience.

this league is incompetent at so many levels, including the marketing pic.twitter.com/ylpWQLkVIH

Perhaps that wasn’t the intent of the ads, but it’s hard to deny the undercurrent of sexism pervading a series of ads that emphasizes “no soap operas,” “no singing competitions,” and “no cooking competitions,” all of which have a predominantly female fanbase. It was a signal, even if it was an unintentional one, that hockey isn’t for people who like soap operas or reality TV competitions.

Generally speaking, you don’t want your advertising to say to potential fans, “This isn’t for you!”

I assume the intent of the ads was just to focus on how all you get is hockey on NHL.TV and nothing else. Still, it seems telling that the type of television programming they picked to offset the hockey were three types of shows coded as less masculine and more feminine. The lone exception was the ad that said “No reruns, just hockey,” which isn’t sexist, but is asinine, since one of the selling points of the NHL’s service is that you can rewatch games.

It also seems like a misstep as one of the NHL’s television partners is NBC, which has singing competitions like The Voice, distributes the cooking competition show Top Chef, and has one of the longest-running soap operas in the world, Days of Our Lives.

The ads were subject to widespread mockery online, particularly the “no soap operas” ad, as the NHL has more than its fair share of dramatic soap opera-esque storylines.

I'm starting the #NHLSoapOperaChallenge where everyone states their favorite dramatic moment in the NHL.

One of my favorites: Mike Hoffman was TRADED from the Senators because his fiancee was bein ugly & was cyberbulling Erik Karlsson's wife, wishing her unborn kid dead.

I may not like soap operas (except for the neo-telanovela that is Jane the Virgin), but I enjoy reality competition shows like MasterChef and The Voice. Weirdly, I also really like hockey. People contain multitudes.

This may all seem innocuous and this article is sure to inspire reactions like, “It’s just a joke!” or “Lighten up!” But, having worked in marketing, one of the most important aspects to designing a campaign like this is thinking through how it will be perceived by the audience. That the NHL evidently didn't even consider that these ads would be perceived as sexist is a problem and an indication that they’re not giving enough thought to intentionally diversifying their fanbase.

Fortunately, the league’s other marketing misstep in the past week didn’t have the same undercurrents of sexism. It was just sad and out-of-touch.

The NHL’s Twitter account sent out a tweet with four pictures of NHL stars with seemingly random quotes or clichéd hockey sayings next to them. It was a parody of Apple Computer’s “Think different.” ad campaign from the late 90’s.

It’s painfully unfunny, yet simultaneously laughable. It’s drained of any colour or vibrancy. It’s spectacularly out of date, as the ads they’re parodying are older than the new fans they need to pursue.

There was the added unfortunate aspect that even people that were already NHL fans had trouble identifying the players in the pictures. I spend pretty much all day, every day watching and reading about hockey and it still took me a minute to realize the fourth picture was of David Pastrnak. I think.

Perhaps that speaks to how poorly the NHL has marketed its star players.

Really it’s not a big deal. It’s a joke — not a particularly good one, but still a joke — and the NHL needs to take itself less seriously sometimes. But for a league that already struggles to market itself and promote its biggest personalities, it can be depressing to see these types of pitiful attempts from the NHL.

It doesn’t help that the NHL, instead of steering into the skid and making the best of things, deleted the tweet. It was tantamount to an admission that they don’t know what they’re doing and that the NHL still takes itself far too seriously.

The best result of the tweet was that they inspired fans league-wide to make memes out of the images. Sure, they were all making fun of the NHL, but any publicity is good publicity. The Athletic’s Kent Wilson even suggested that the tweet only made sense if inspiring memes was the point, but deleting the tweet dismisses that possibility.

The latest NHL marketing campaign makes sense if you assume it was engineered to encourage a raft of spin-off parody memes.

Fortunately, there were some very good memes that came out of the league’s bizarre Apple parody. Here are a few of the better ones, including some salty language, in case that might offend you.

Maybe some context is necessary for that last one.

I think what we’ve really learned, is that the season can’t start soon enough. Please, let’s play some hockey so we can stop talking about these minor controversies and start complaining about the length of the suspension (or lack thereof) for the first guy to concuss one of his fellow NHL players with a blindside hit to the head.