The animosity between Matthew Tkachuk of the Calgary Flames and Zack Kassian of the Edmonton Oilers is great theatre.
Jan 14, 2020 1:54 PM By: Daniel Wagner 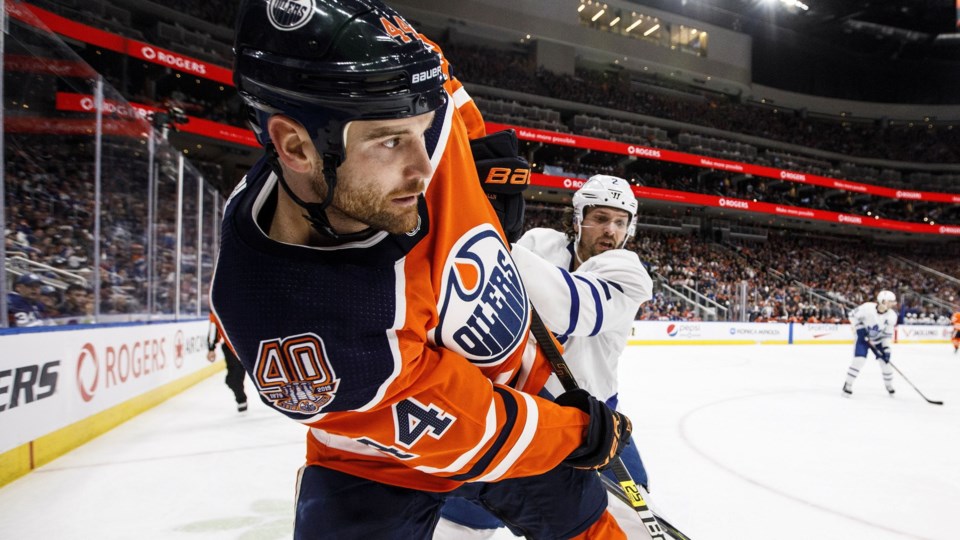 The animosity between Matthew Tkachuk of the Calgary Flames and Zack Kassian of the Edmonton Oilers is great theatre. The bad blood between the two players adds an extra edge to the Battle of Alberta, a rivalry that has lost something with the Oilers long absence from the playoffs.

There’s a problem, however, when great theatre becomes a dangerous reality and the NHL’s Department of Player Safety has put the two players on a collision course that has the potential for disaster.

During the Oilers game against the Flames on Saturday, Kassian completely lost his cool, among other things. After two big hits by Tkachuk that went unpenalized, Kassian took matters into his own hands, grabbing Tkachuk by the collar, throwing him to the ice, and raining down punches as Tkachuk turtled, his gloves still on. The Flames subsequently scored on Kassian's penalty to win the game.

It ignited debates across the hockey landscape, with some condemning Tkachuk for refusing to fight, while others criticized Kassian’s over-the-top reaction. The truth is, as they say on the r/AITA subreddit, everyone sucks here.

Tkachuk’s hits on Kassian were predatory and dangerous, particularly the first one, where he caught Kassian in a vulnerable position and hit him high, exploding into the check after several strides.

Former NHL referee Kerry Fraser criticized both hits, calling the first hit charging and suggested the second could be called boarding. Ray Ferraro compared the hits to those that Raffi Torres once threw that were condemned as illegal.

Tkachuk didn’t see anything wrong with the hits and said as much after the game.

“If he doesn’t want to get hit, then stay off the tracks,” said Tkachuk. “I got him three times there. You’d think he’d learn after the first one.”

The NHL evidently agreed, declaring, “Both hits delivered on Kassian were legal, full body checks delivered to a player carrying the puck.” Kassian’s reaction, however, earned him a two-game suspension.

If the suspension was meant to act as a deterrent for Kassian, it certainly didn’t work.

“I’d do it again,” said Kassian to reporters with a grin on his face. “After speaking with [George] Parros on the phone, he explained how that hit is not dirty. So that cleared up, so that gave me some clarity of what you can do and what you cannot do now so I put that in the memory bank.”

This is just a reminder that Parros profited off apparel that promoted violence: “Make hockey violent again.” That’s the person in charge of player safety in the NHL.

“To me those are two dangerous hits,” added Kassian. “If they are clean, they are still predatorial, which is completely fine. I’m a big boy. I love big boy hockey. But if you’re going to play big boy hockey, you’ve got to answer the bell every once in awhile...He messed with the wrong guy. I don’t think he realizes that we’re in the same division and I have a great memory.”

My mistake. Here’s Kassian quote word for word: “I can do what Matthew Tkachuk did. If the league is saying it’s clean I can do exactly that.” https://t.co/jjDlh8cIgN

Parros evidently didn’t speak to Tkachuk about the hits. There was no warning to Tkachuk for his “predatorial” approach to the game. Parros spoke only to Kassian, gave him a bare-minimum suspension, and sent him back out with the understanding that he can make those same kinds of dangerous hits and not be punished for them.

If that seems dangerous, it’s because it is. If there’s one thing the NHL absolutely needs to get out of the game, it’s predatory hits that are designed to injure another player. It’s what the NHL’s Department of Player Safety should be focussed on, but instead Parros has made it clear that his department is more concerned with types of violence that are not “part of the game.”

“We used to be worried about headhunting and major things like that," said Parros when he took over the Department of Player Safety. "Now we're worried about slashing and some more minor infractions, you might say. So the game's in a good place. There doesn't need to be a huge shake-up, a huge change in philosophy.”

Kassian’s two-game suspension means he won’t play until January 29th, as the Oilers have a bye week along with the break for the All-Star Game. The Oilers opponent on the 29th? The Calgary Flames.

It’s hard to avoid the thought that this was intentional. The NHL wants this bad blood, because bad blood sells tickets. The NHL wants people to tune into the game to see if Kassian will go after Tkachuk in some way, to see if some of that bad blood will be spilt on the ice.

Canucks fans have seen that type of revenge go sideways. Everyone remembers the incident between Todd Bertuzzi and Steve Moore. There’s no need to rehash it. But what led up to the incident was a war of words, the type that built up anticipation for a rematch between the two teams, as fans were eager to see what would happen.

“There's definitely a bounty on his head," said Brad May. "Clean hit or not, that's our best player, and you respond. It's going to be fun when we get him."

Perhaps nothing will come of the Oilers/Flames rematch. Maybe the coaches of the two teams will have Kassian and Tkachuk on their best behaviour. It’s even possible that the league will reach out and speak to the teams before the game, ensuring that when fans tune in, they don’t bear witness to another dangerous, injurious incident.

But the Department of Player Safety is looking for trouble. They’re eager for it. And it could come back to bite them.