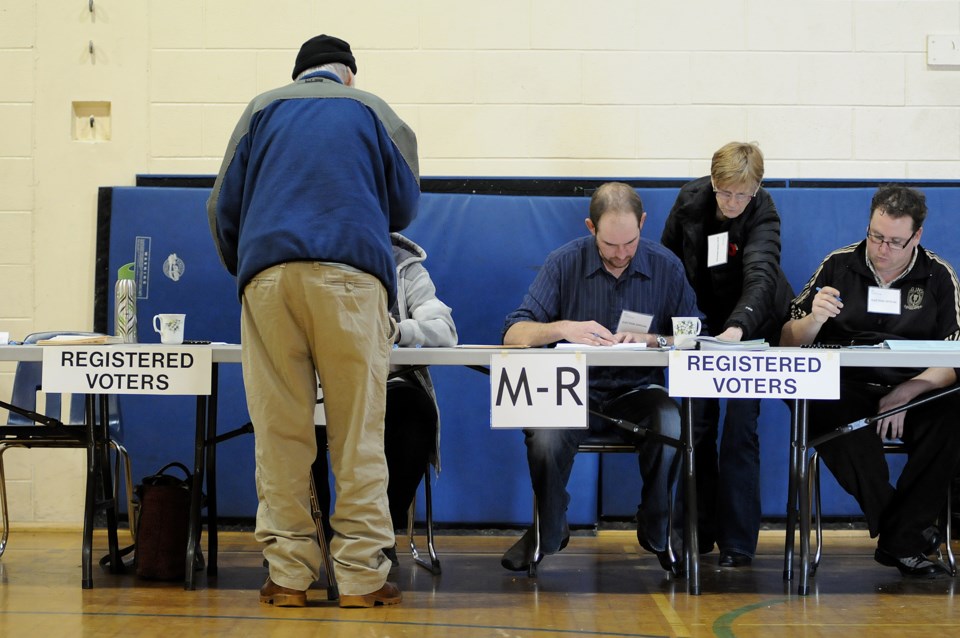 Voters head to the polls during the 2011 civic election. Photo: Dan Toulgoet

The City of Vancouver’s plan to increase voter turnout in the Nov. 15 civic election will not include adding advance polling stations in less affluent neighbourhoods such as the Downtown Eastside, Strathcona or Grandview-Woodland.

Nobody would explain why when contacted by the Courier.

Earlier this year, Janice MacKenzie, the city’s chief election officer, announced the city’s goal of raising voter turnout by at least four per cent from last year’s 34.6 per cent. The long term target is 60 per cent by 2025.

“We want to ensure we do everything possible to make voting in the municipal election as easy and convenient as possible,” said MacKenzie in a June 24 press release. “Statistics show voters increasingly like the convenience and flexibility of advance voting. By adding additional locations, days, extended hours, and extra support we hope voters will take advantage of the opportunity to cast their ballot to shape Vancouver’s future.”

In the 2011 election, only four community centres — Dunbar, Sunset, West End and Renfrew — offered eligible voters a place to cast their ballots early. This time the first three centres will be joined by the Roundhouse, Thunderbird, Killarney, Kitsilano and Kerrisdale community centres, as well as city hall, in offering the service Nov. 4 to 12 daily from 8 a.m. to 8 p.m.

The Courier was not able to speak with MacKenzie and was instead referred by the city's corporate communications department to an emailed statement about the increase in the overall numbers of advance polling stations.

“I am honestly curious to understand the rationale behind it,” he said in a phone interview Wednesday. “When I first heard the news, I circulated it through Twitter and asked both Vision and the NPA to come forward on it. Of course, COPE is as equally concerned about this as the Greens in no small part because [the neighbourhoods] represent our own political stronghold.”

Fry pointed out it can be difficult for residents in low-income neighbourhoods to take the time to vote given work or childcare demands and not having cars to easily get to polling stations.

“At best it is just a gross insensitivity to the actual needs of the population, or at worst it is some kind of intentional voter suppression,” he said.

“It does bring up the larger question of why the chief electoral officer is not an independent body here,” said King. “Janice MacKenzie reports directly to [city manager] Penny Ballem and Penny Ballem reports to the mayor. It’s not an independent office and we certainly should have a third party or Elections B.C. or somebody running our elections.”

GWAC was recently involved in a bitter dispute with the city over neighbourhood consultation regarding new development plans for the area, and King agreed that the exclusion may be interpreted by some residents as retaliation.

“I think that is what the obvious optics of it are, yes,” said King. “The problem for us is our people don’t get to vote particularly easily. The problem for the city is how bad it looks. I think it is really important to note that the poorest neighbourhood in the city, the Downtown Eastside, and a neighbourhood with a significant number of seniors like Grandview are the ones they chose not give [advance] polling stations to. It just looks awful.”

Voters also have the option of sending in their ballots by mail although forms won’t be available until Oct. 28.