No charges against Vancouver cop in fatal shooting of Paul Boyd 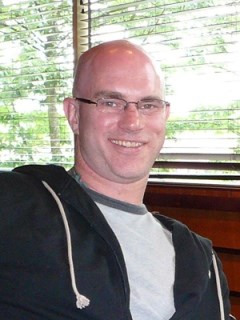 A special prosecutor has concluded that no criminal charge will be approved against a VPD officer in the 2007 shooting death of Paul Boyd.

A special prosecutor appointed to review a report on the police-involved shooting death of a mentally ill Vancouver man in 2007 has concluded that no charge will be approved against the officer who fired the gun.

The criminal justice branch of the B.C. government released a six-page statement Monday explaining the decision of Mark Jette, who was tasked with reviewing a report to Crown counsel prepared by the Alberta Serious Incident Response Team, or ASIRT.

“After considering all of the available evidence as presented by the investigators, including new video evidence that surfaced in May 2012, the special prosecutor has concluded that there is no substantial likelihood of conviction on a criminal charge,” the statement said. “In other words, it is his assessment that the evidence is not sufficient to prove beyond a reasonable doubt that the shooting of Mr. Boyd constitutes a culpable homicide within the meaning of the Criminal Code of Canada.”

In May 2012, the government asked ASIRT to re-open the investigation into the death of Paul Boyd after amateur video surfaced showing Const. Lee Chipperfield of the Vancouver Police Department firing his gun at Boyd.

The criminal justice branch decided not to approve a charge despite ASIRT executive director Clifton Purvis’s assessment that he had “reasonable and probable grounds” to believe Chipperfield committed a homicide.

However, as the criminal branch pointed out, Purvis did not consider any potential defences that might apply to Chipperfield in light of the evidence. A special prosecutor, when assessing whether there is a substantial likelihood of conviction for criminal charges, must consider viable defences, the statement said.

Boyd, who suffered from bipolar disorder and associated paranoia, was killed after a series of events on Aug. 13, 2007 that escalated to Chipperfield firing his gun nine times in 81 seconds at Boyd.

The case was essentially closed after the Office of the Police Complaint Commissioner concluded in March 2012 that Chipperfield did not use unnecessary or excessive force in the incident.

Chipperfield told investigators and testified at a coroner's inquest that he shot Boyd in the head with the last shot because he still believed him to be a threat and potentially wearing body armour, which he wasn't.

The grainy, dimly lit video, which was filmed by a Winnipeg tourist, showed Boyd crawling unarmed on his hands and knees towards Chipperfield and other officers near the intersection of Granville Street and West 12th Avenue.

An SUV stopped on Granville Street obscures the final gunshot but it is clearly heard on the video, which was filmed by Andreas Bergen, who said he released the video after learning the Office of the Police Complaint Commissioner cleared Chipperfield of any wrongdoing.

The statement from the criminal justice branch noted the video captured the last 49 seconds of the shooting. The last three shots can be heard on the video. However, the video does not show the initial confrontation between Boyd and police at a bus stop.

When police arrived, they said Boyd was clenching a hammer. He dropped it after one of the officers drew his gun. The officer attempted to put Boyd in handcuffs but Boyd grabbed a bike chain with a lock attached to it and struck the officer in the head.

“Nor does [the video] show Mr. Boyd’s body position when the last shot was fired,” the statement said. “At that point, he had crawled in front of a vehicle which blocked the view of the camera operator. The video does not show that Mr. Boyd was crawling on his hands and knees, attempting to stand up or was in fact standing up when the final shot was fired.”

The video does confirm that prior to the last two shots, an officer approached Boyd, pulled the chain and padlock away and tossed it out of Boyd’s reach.

Boyd’s father, David, told the Courier in a previous interview that he disputes some of the evidence, saying he doesn't believe his son had a hammer or was using the type of chain as described by police.

He said his son's notebook revealed he was in the area to visit a medical clinic, although he believes it might have been closed, which likely upset him. David Boyd couldn’t immediately be reached for comment Monday.

Police Chief Jim Chu issued a statement Monday, saying he once again extended his sincere regrets and condolences to the Boyd family for their loss. "No police officer ever comes to work with the intent of taking a life," he said. "This incident was difficult and sad for everyone involved."