George Parros is the Head of the Department of Player Safety for the NHL. He and his department are responsible for assessing supplemental discipline for anything that happens on the ice.
Dec 19, 2018 9:51 AM By: Daniel Wagner 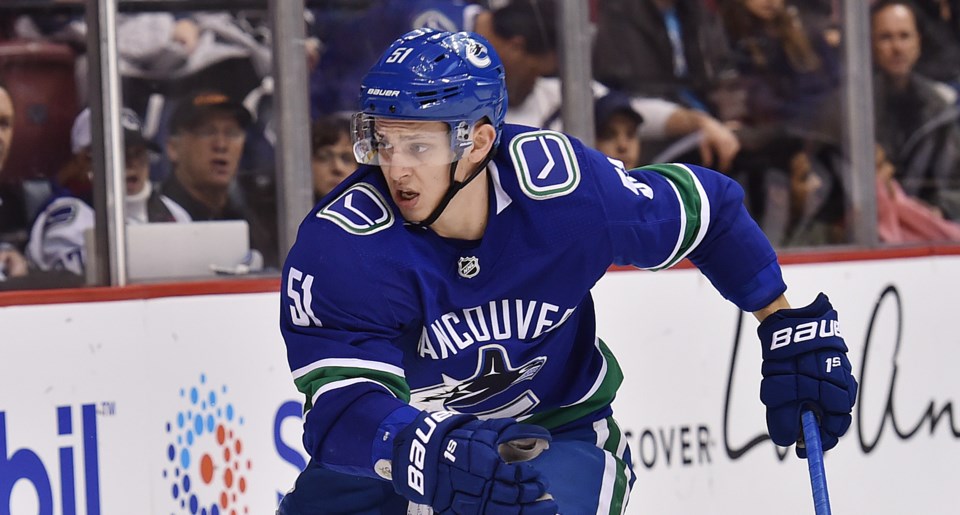 George Parros is the Head of the Department of Player Safety for the NHL. He and his department are responsible for assessing supplemental discipline for anything that happens on the ice. That means suspending or fining players for violent actions that are outside the rules of the game.

This “fun fact” occurred to a few people this morning as it was announced that the Tampa Bay Lightning’s Danick Martel wouldn’t receive a hearing for his blindside hit to the head of Troy Stecher. That’s right: not just no in-person hearing, but no hearing whatsoever. Martel won’t be suspended at all and won’t even get fined.

This is a notice to the players of the NHL: your league doesn’t care about you or your safety. You are a means to an end. They couldn’t care less about your long-term health or well-being. They have no interest in actually reducing the amount of head trauma you suffer during your career — in fact, they’ve made it clear with their statements and behaviour in the class-action lawsuit brought against them by former players that they feel they bear no responsibility for concussions suffered by the players under their employ.

“We used to be worried about headhunting and major things like that," said Parros when he took over the Orwellian-named Department of Player Safety. "Now we're worried about slashing and some more minor infractions, you might say. So the game's in a good place. There doesn't need to be a huge shake-up, a huge change in philosophy.”

Perhaps if the Department of Player Safety was more “worried about headhunting” they would have correctly identified Martel’s ugly hit on Stecher as exactly that. The angles of the hit shown during Tuesday night’s broadcast were clear enough, but the overhead view should leave no doubt: Martel picked Stecher’s head from the blindside.

A different angle of the Martel hit on Stecher #Canucks pic.twitter.com/qU5NkFEdLL

Stecher had no opportunity to defend himself; the hit came from behind. The hit wasn’t shoulder-to-shoulder; you can clearly see Martel miss the shoulder and impact directly with Stecher’s head.

Here’s the language of “Rule 48.1 - Illegal Check to the Head” from the latest edition of the NHL rulebook.

48.1 Illegal Check to the Head – A hit resulting in contact with an
opponent’s head where the head was the main point of contact and
such contact to the head was avoidable is not permitted.
In determining whether contact with an opponent's head was
avoidable, the circumstances of the hit including the following shall be
considered:
(i) Whether the player attempted to hit squarely through the
opponent’s body and the head was not "picked" as a result of poor
timing, poor angle of approach, or unnecessary extension of the
body upward or outward.
(ii) Whether the opponent put himself in a vulnerable position by
assuming a posture that made head contact on an otherwise full
body check unavoidable.
(iii) Whether the opponent materially changed the position of his body
or head immediately prior to or simultaneously with the hit in a way
that significantly contributed to the head contact

Was the head the main point of contact? Yes. Did Martel attempt to hit squarely through Stecher’s body? No. Did Stecher put himself in a vulnerable position? No, a shoulder-to-shoulder hit was possible without hitting Stecher in the head. Did Stecher change the position of his body immediately prior to the hit? No. He was in the same position for long enough that Martel had plenty of time to adjust his angle.

This ticks all the boxes: it was an avoidable hit that “picked” Stecher’s head. To top it off, Stecher left the game and did not return. As of now, there’s no news from the Canucks as to the severity of Stecher’s injury.

When Brendan Shanahan started the Department of Player Safety, there was a clear emphasis on reducing the number of hits to the head, as well as an emphasis on transparency. He sent a strong message with his initial suspensions, hitting Jody Shelley with a 10-game suspension in the pre-season for a hit from behind and five games for Pierre-Luc Letrouneau-Leblond for boarding, both hits that could have resulted in serious head injuries.

Then Shanahan was immediately undercut by a group of General Managers who were displeased with the longer suspensions and, perhaps coincidentally, the suspensions grew shorter and seemingly more arbitrary.

It didn’t take long for the Department of Player Safety to become a bad joke, as player safety seemed to be the last thing they cared about, but at least under Shanahan there was at least an appearance of caring. The new department under Parros barely seems interested in keeping up the facade.

Why would Parros care about the safety of players like Troy Stecher? After all, he wants to make hockey violent again.