Olli Juolevi undergoes knee surgery, out for the rest of the season

Just two weeks ago, Olli Juolevi was going to be just fine and was expected to be back on the ice before Christmas.
Dec 18, 2018 5:25 PM By: Daniel Wagner 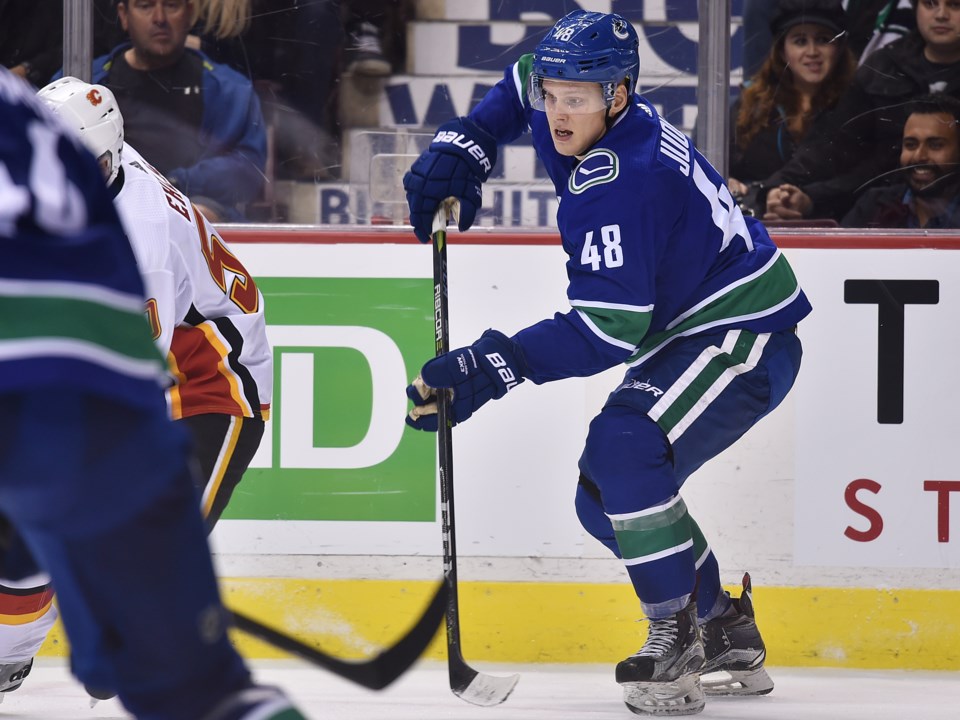 Just two weeks ago, Olli Juolevi was going to be just fine and was expected to be back on the ice before Christmas. The prospect defenceman flew into Vancouver to see Canucks medical staff after missing a week with what was described as a “minor knock,” but the initial assessment didn’t seem to raise any red flags.

“Olli is going to probably be out for the next two, two-and-a-half weeks,” said Jim Benning on December 3rd. “He doesn’t need surgery or anything. He’s going to be out for a couple weeks and then we’re gonna see where he’s at, but we think he should be good to play after that.”

Two weeks later, Juolevi isn’t good to play and he did, in fact, need surgery.

The Canucks reported on Tuesday that Juolevi had “undergone successful knee surgery and is expected to make a full recovery for training camp.”

While that is framed in as positive a manner as possible, it does mean that Juolevi’s first professional season in North America is over. Juolevi played just 18 games, though he had an encouraging 13 points in those games. Losing almost an entire season, however, can’t be good for his development.

“Any time your young players have injuries, you worry about that,” said Benning when it seemed that Juolevi would only miss a month of playing time. “But he was playing real good, he was playing a lot of minutes for us down there, he was progressing and we were hoping that at some point we could get him up here and get him some games this year.”

“From that perspective it’s a bit of a setback,” he continued, “but we’re hoping that he’s healthy and can continue his development.”

Missing six months is an even more significant setback — the six-month timeline means a return to game-readiness in mid-June — but getting Juolevi fully healthy has to be the priority.

“After thorough evaluation, rest and conservative treatment, surgery was determined by Canucks medical staff, in consultation with specialists, as the best option for Juolevi's long-term health and career,” read the Canucks’ press release.

This is Juolevi's second surgery this year, as he underwent a microdiscectomy in June that took a chunk out of his summer training.

This is a disheartening development for Canucks fans, who could have reasonably expected to see Juolevi in a Canucks jersey sometime this season. For now, they’ll just have to hope Juolevi makes a serious impression at next season’s training camp.