On this day 50 years ago, the Vancouver Canucks were born 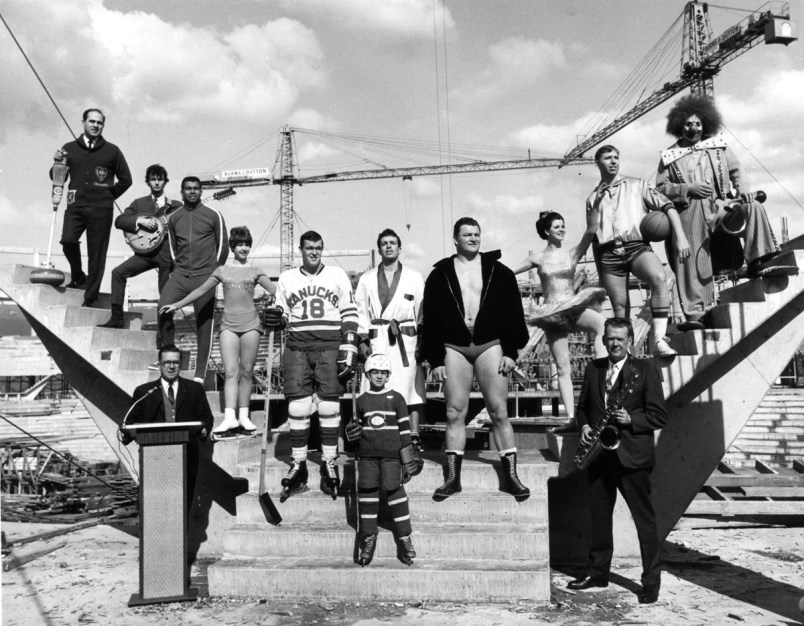 The misery, the almost-but-not-quite Stanley Cup runs, the rioting and the weight of a fan base yet to experience championship glory — all of it started on this day 50 years ago.

It was on Dec. 2, 1969 that the NHL’s board of governors announced expansion from 12 to 14 teams and the Canucks, along with the Buffalo Sabres, were born.

It cost then-owner Thomas Scallen $6 million to get the club into the league, the same amount paid today per season to much-maligned winger Loui Eriksson.

To put those numbers in perspective, $650 million was the price paid for Seattle’s incoming team, while $500 million was paid by the Las Vegas Golden Knights.

The backstory began on Jan. 8, 1968, when the Canucks were still playing out of the Western Hockey League. A chaplain by the name of George Turpin blessed the Pacific Coliseum at its opening event — an Ice Capades show — to add another voice to the city’s lobbying movement to convince NHL brass that Vancouver was worthy of an NHL franchise.

Fast forward two years later and Vancouver’s inauspicious NHL start was first highlighted in the 1970 draft, when a roulette wheel that landed on 11 hinted at things to come.

50 years ago today, the NHL Board of Governors announced that expansion franchises had been awarded to Buffalo and Vancouver. The two new teams would begin play for the 1970-71 season #Hockey365 #Canucks #Sabres50 pic.twitter.com/jLNp7KnyPQ

Had that wheel landed on number one — as was initially believed — the Canucks would have got Hall of Famer Gilbert Perreault.

It didn’t, and the Canucks drafted Dale Tallon second overall. Perreault finished his career with 1,326 points compared to Tallon’s 336.

Orland Kurtenbach, the team’s first captain, spoke to the Courier in January 2018 about that first game.

He remembered Barry Wilkins scoring the first goal in franchise history, but didn’t recall the club’s first fisticuff, despite his attachment to that piece of history.

Kurtenbach’s donnybrook with Dale Hoganson was indeed a Vancouver first.

“I have no recollection of that,” he laughed.

The first four seasons were not kind to the Canucks, as the team was stapled to the basement of the standings. The team’s first winning season was 1974-1975, when it amassed a 38-30-10 record. Vancouver was bounced from the playoffs that season by the Montreal Canadiens.

They made the playoffs the following year as well, but were swept by the New York Islanders.

After those two seasons of success, the Canucks didn't have another winning record for the next 16 seasons.

Save for the Stanley Cup run in 1981-82 season, the 1980s were not kind to the Canucks. The club failed to have a single winning season throughout the entire decade and finally broke that goose egg in 1991-1992, two years before Vancouver’s second of three failed trips to the Stanley Cup finals.

The club’s most recent outing on Dec. 1 saw the team drop a 3-2 decision to the Edmonton Oilers. Ironically enough, both Connor McDavid and Leon Draisaitl notched their 50th points of the season one day before the Canucks’ 50th birthday.

Vancouver’s next game is Tuesday, Dec. 3, when the team hosts the Ottawa Senators.

Editor’s note: If you haven’t guessed, reporter John Kurucz is an unapologetic member of Oiler Nation.