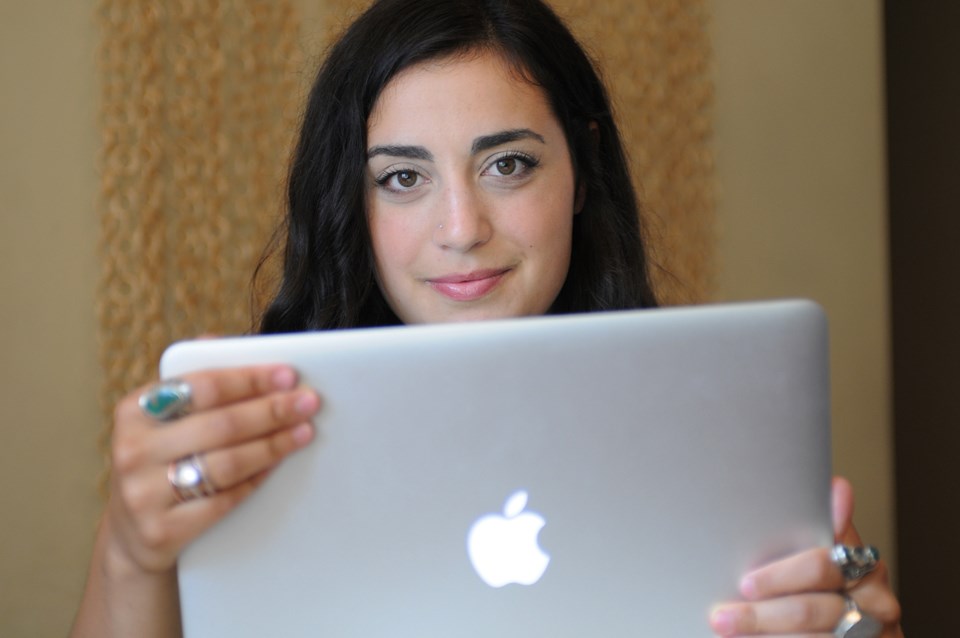 The more she online dated, the more isolated and lonely Hannah Maté felt.

Burnaby man, with whom OK Cupid said she was a 64 per cent match: “Girls, what’s my weakness??” he texted, quoting lyrics by female hip-hop trio Salt-N-Pepa.

Him, straying from “Shoop” by Salt-N-Pepa: “Entertain me sugar t**s.”

Maté had received so many introductory messages from men about her body, sex and ripping her apart for saying she was hoping to meet a man who identified as a feminist or a feminist ally, that she was losing interest in meeting someone.

Then she shared some of the photos and absurd messages she received on Facebook, heard from girlfriends about their similar experiences and from guy friends who were shocked at how brutal it can be for women online.

She started her blog, Hey Sup Girl?: Celebrating the Real S*** Dudes Say on Online Dating, a year ago, more recently moving it to the Tumblr platform and maintaining a related Facebook page.

Maté has been amazed how often men who don’t receive an immediate reply to an initial text attack.

She has awarded worst message to a doozy received by a friend. A man texted “Hey hows [sic] it going?” one evening. The friend hadn’t responded by the following afternoon.

His reaction: “Wow such a shame how shallow you are. Try growing up and maybe a guy will want a relationship with you instead of just use you for a quick f***. I hope the next guy you f*** gives you HIV you fat slut and maybe if you don’t actually look like an armadillo guys would hit on you in person and you wouldnt [sic] have to use Tinder.”

Then there was this non-starter: “Hey cutie. You look like my step-sister… I’ve always had a crush on her ;).”

On why she continues to date online, Maté says she’s met wonderful people.

“Everybody wants connection and everybody wants to meet somebody,” said the 26-year-old university student and resident of Commercial Drive.

Maté isn’t the first local woman to use her awful online dating experiences to fuel community or creativity. Stephanie Henderson, co-founder and co-artistic director of Resounding Scream Theatre created a speed-dating style production called Listen To Me that ran last December, after receiving too many unwanted photos of erect penises from potential suitors.

Sharing once-upsetting messages has diminished their power to bring Maté down.

“It’s made my experience better because I know now that it has nothing to do with me… and that other people are experiencing it too, and also that it’s going to make good material for my blog, too, if I respond in a funny way,” she said.