The transformation of the sprawling Pearson-Dogwood lands into a mixed-use development is one step closer to realization now that a rezoning application has been filed with the City of Vancouver.
Feb 9, 2016 4:44 PM By: Naoibh O'connor 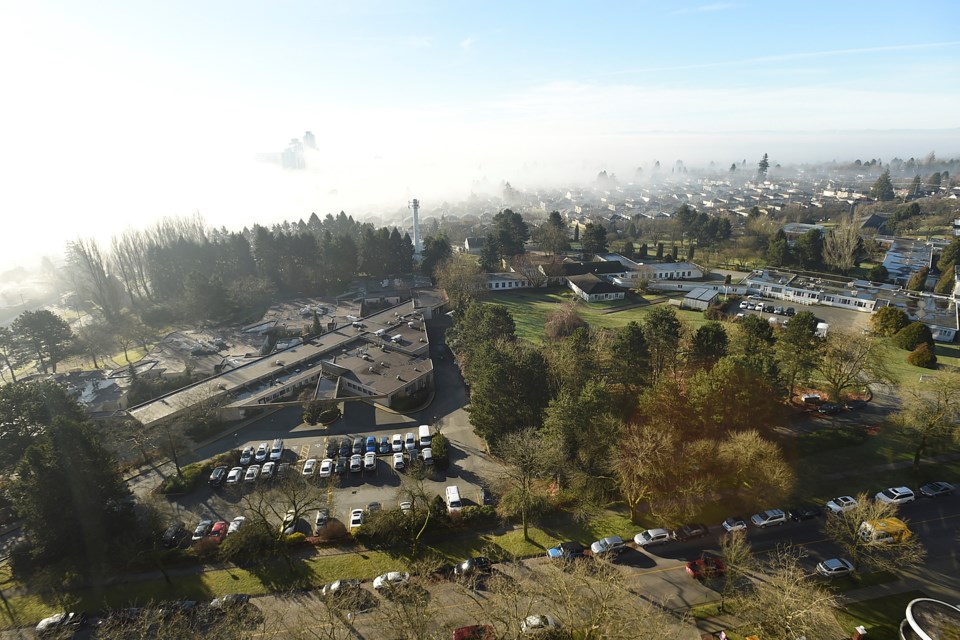 Open houses are scheduled later this month for a rezoning application that will see the Pearson-Dogwood lands transformed into a mixed-use development that includes residential towers, health facilities, a park and an urban farm. Photo Dan Toulgoet

The transformation of the sprawling Pearson-Dogwood lands into a mixed-use development is one step closer to realization now that a rezoning application has been filed with the City of Vancouver.

The application, which is the subject of open houses later this month, features residential towers up to 28 storeys, replacement housing for the George Pearson Centre, a replacement facility for Dogwood Lodge, retail and commercial space, a community health centre, a YMCA with a 25-metre pool and therapeutic pool, a 69-space childcare facility, a 2.5 acre park, an urban farm and potential for a future transit station.

Last February, Vancouver Coastal Health announced it had sold most of the 25.4-site, located at West 59th Avenue between Heather and Cambie streets, to Onni Group. VCH kept a 3.2-acre portion for healthcare and community uses, while Onni’s two parcels total just over 22 acres. The sale came a year after city council approved a policy statement to guide the redevelopment of the property.

The rezoning application includes residential buildings between three and 28 storeys to house market, rental and affordable units — 10 of the buildings are proposed to be between 18 and 28 storeys.
Susan Haid, the city’s assistant director of planning for Vancouver South, said the project could produce about 2,300 residential units for a population of approximately 4,500.

“The application has to go through quite a rigorous process. We’re just beginning public consultation on Feb. 23 and 27 and there’s a lot of technical review and consultation before we get to a public hearing at council,” she said.

While still in its early days, Haid said the application is generally consistent with the policy statement for the property that was adopted in 2014. The city is in the process of developing another policy statement for Langara Gardens, which is located across the street from the Pearson-Dogwood site.

“So the idea that this is a higher density node along the Canada Line has been part of the discussion in the community for quite some time. So we’ve been listening to feedback but again the application is generally consistent with the policy statement,” she said.

Haid said the one-acre urban farm that’s proposed is reflective of some existing uses on the site — the Farmers on 57th organization grows food, flowers and herbs on the George Pearson Centre grounds — and the intent is to ensure that type of use is maintained, expanded and formalized.

Haid calls it a fantastic opportunity to integrate food production, community engagement and education into the “health and wellness hub” at Pearson Dogwood.

“It’s fairly ground-breaking. It’s certainly unusual in terms of being integrated directly into a large site. We integrate all sorts of urban agriculture in community gardening, but this a substantial one-acre parcel of land and to dedicate that for urban farming is certainly quite leading edge,” she said. “I don’t want to say it’s entirely unique because there are a number of them in the region, but it certainly is leading edge and we’re actively working with a number of policies around urban agriculture and this project is going to be a demonstration of that.”

Open houses for the Pearson-Dogwood rezoning application are planned for Feb. 23 from 5 to 8 p.m. and Feb. 27 from 11 a.m. to 4 p.m. at the Pearson Dogwood redevelopment project office at 601 West 59th Ave.